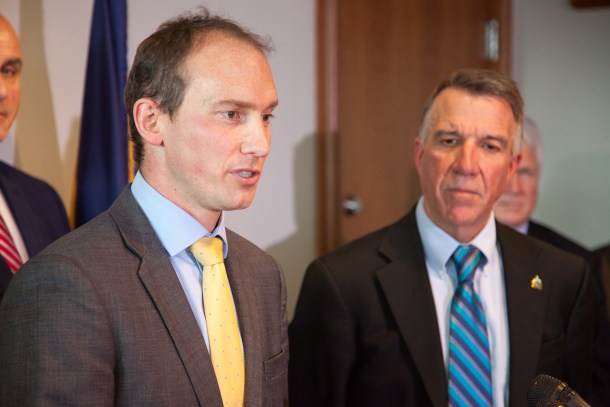 [I]n the face of federal government inaction, senators are reviewing a bill that would beef up state regulations for five chemicals that belong to the PFAS family, known as per- and polyfluoroalkyl substances.

EPA regulation of the carcinogenic chemicals, which have been found in waterways and wells, has stalled.

Sen. Chris Bray, D-Addison, the chair of the Senate Natural Resources and Energy Committee, sponsored a bill that would set a combined maximum level of 20 parts per trillion for five PFAS chemicals in public water supplies and for releases into bodies of water. Managers of public water would be required to test annually for the contaminants.

The bill would also require landfill owners to pre-treat leachate — liquid contaminated with landfill pollutants — before sending it to wastewater treatment plants. Leachate from Vermont landfills can contain over 1,000 parts per trillion of one PFAS chemical, according to a state report.

Environmental advocates want the state to set standards for the thousands of manmade chemicals as a class rather than regulate the PFAS one by one.

PFAS first gained notoriety in Vermont after the discovery in 2016 that perfluorooctanoic acid from a ChemFab manufacturing plant had contaminated drinking water in Bennington. The state has been working since then to address the Bennington area contamination — including reaching a settlement with the plant’s current owner Saint Gobain requiring them to pay to provide clean water for residents.

Although PFOA has been outlawed in the U.S. since 2014, manufacturers have developed 900 new PFAS chemicals since 2006, according to Peter Walke, deputy secretary of the Agency of Natural Resources, who gave testimony Friday morning during the Senate Committee on Natural Resources and Energy’s review of the draft bill.

PFAS do not break down in the environment and are used in a wide array of manufactured products, from rain jackets to cookware to firefighting foam. Scientists now know that exposure to certain PFAS chemicals can lead to cancer, thyroid disease, immune system damages, developmental problems in children and low birth weight.

The Department of Health set a health advisory level for drinking water at 20 parts per trillion for five PFAS chemicals this summer. In response, the state’s Agency of Natural Resources now lists those compounds as hazardous materials and adopted the health advisory as an enforcement standard for groundwater — meaning companies that are found to have contaminated groundwater with those five chemicals would have to pay for remediation. Statewide PFAS sampling undertaken in the wake of the Bennington contamination discovery found that wells in Pownal near an old wire coating facility had elevated levels of PFAS.

Chapman said that the agency is seeking to regulate releases to groundwater rather than set drinking water standards. The state wants polluters to pay for remediation rather than put the financial burden on municipalities and others who manage public drinking water supplies. 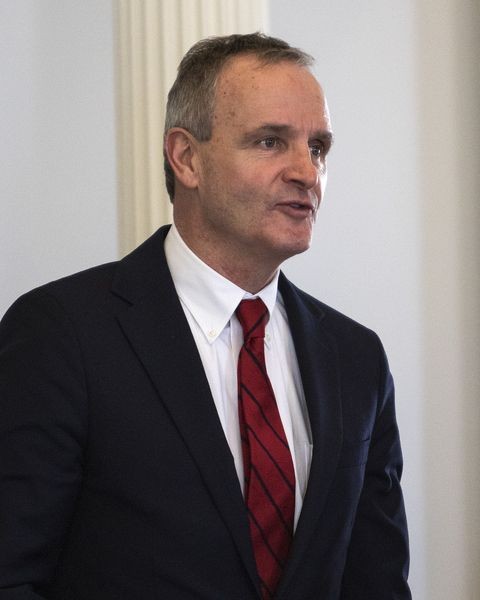 This fall, Conservation Law Foundation and other environmental groups filed a petition with the agency seeking to make them set drinking water standards for the whole PFAS family, rather than take a chemical by chemical approach.

Jon Groveman, policy and water program director for VNRC — one of the groups that filed the petition — referred to efforts to regulate PFAS during testimony before the committee as “one step forward, two steps back” due to the emergence of new chemicals.

“The companies that put these chemicals out there knew they were harmful a long time ago," Groveman said.

Senators questioned Chapman and Sarah Vose, state toxicologist, during the committee hearing about whether the state could go after PFAS as a whole class.

“Why are we in that legal posture that we have to defend the standard as opposed to something more proactive that says we’re going to protect you from exposure (until chemicals are proven safe)?” Bray asked.

Chapman said the water quality standards set by the state are based on input from the Department of Health on safe exposure levels. While there is a general consensus that PFAS are “not good,” not enough research has been conducted.

“On a lot of these chemicals, we’re waiting on … federal entities to complete these health advisories,” said Chapman.

Vose concurred, saying that there was a lack of definitive scientific research on toxicity levels of other PFAS chemicals aside from the five included in the state’s health advisory.

The federal Toxic Substances Control Act was amended in 2016, requiring the EPA to do more comprehensive risk assessments when industries create new chemicals. But under the Trump administration, the federal agency has not been ensuring that new chemicals are safe before they enter the market, said Walke.

“Talk about a use of resources and money to run around and clean up stuff that could be stopped at the federal level and isn’t,” said Sen. Mark MacDonald, D-Orange.

Former EPA director Scott Pruitt came under fire this May after Politico reported he and White House officials sought to block the release of a federal health study on PFAS. One aide said the decision was a “public relations nightmare.”

Vermont, which set its health advisory for PFAS to one-fifth of the EPA’s standard, has been collaborating with other states to determine how best to regulate the contaminants in the absence of federal leadership.

“It’s something that every state in the country is interested in because nobody wants to go chemical by chemical,” said Walke.

Groveman described steps other states and cities have taken, such as Washington’s ban of food packaging that contains PFAS. Environmental advocates, as well as some Democratic lawmakers, have expressed interest in reviving the two toxic bills that the governor vetoed last session, which would allow individuals to sue for polluters to pay medical monitoring costs and grant the state health commissioner more authority to regulate toxins in children’s products.

Henry Coe, a Danville resident who helped start the anti-Coventry landfill expansion group DUMP, expressed concern to lawmakers that the PFAS bill could have the unintended consequence of “drawing leachate from all of New England to Coventry” if Casella, the owner of the state’s last open landfill, built an on-site leachate treatment facility.

Bray said in an interview after the committee hearing that he chose leachate treatment as a focus of the bill after learning that the millions of gallons of leachate collected annually from the Coventry landfill are sent to wastewater treatment plants in Newport and Montpelier.

“Dilution (is) not what most people would think of as treating,” he said. “If a wastewater treatment facility is not in some way cleaning and detoxifying PFAS, then I think to say that ‘it’s been treated’ is maybe a little misleading.”

During the committee hearing, Bray stressed that his proposal was not a “finger pointing” exercise, but rather aimed at helping the state move forward in figuring out how to address the broad issue of PFAS exposure. He told fellow senators and attendees that he envisioned that the bill “will grow as we work on it.”

Thanks for reporting an error with the story, "Senate panel ponders stricter PFAS regulations"