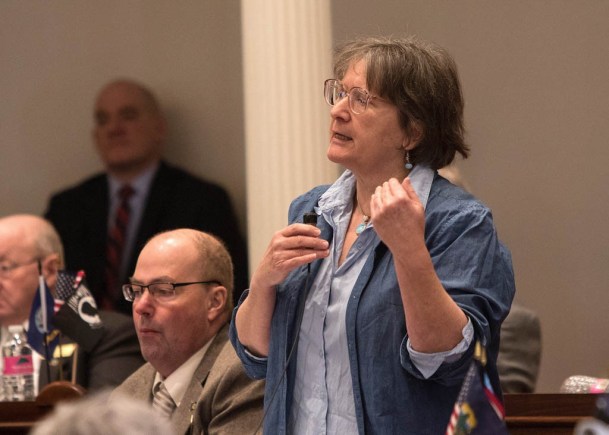 The teacher health care compromise that lawmakers passed Wednesday was roundly lauded for delivering relief to taxpayers, but some warn the use of millions in one-time money is setting Vermonters up for a challenging fiscal 2019.

In a one-day veto session, the Legislature approved a compromise between Gov. Phil Scott and Democratic leadership that will garner savings from changes to teacher health care and provide tax breaks.

The education tax bill the Legislature passed in May, which Scott vetoed, already lowered homestead property tax rates, but it would have increased the nonresidential tax rate by 2 cents. Under the newly approved arrangement, the state expects to hold back $8.5 million from school districts in the coming fiscal year and use the money to keep the nonresidential rate the same as it was in fiscal 2017 at $1.535.

Taxes are keyed to a statewide rate of $1. If a town spends $10,160 per pupil — the same as the yield rate the Legislature set — then the tax rate in that town will be $1 for every $100 of assessed property value. Any spending above the statewide yield rate is picked up by local taxpayers.

Residential property taxes are being kept down with $35 million from various pots of one-time money, including reserves that are required by law. Put together, it amounts to more than $40 million in one-time funding being pumped into the system to keep tax rates artificially low for one year. At the same time that property tax rates went down 2 cents, school spending grew 3.4 percent.

Rep. Scott Beck, R-St. Johnsbury, said he was concerned, particularly about the nearly $8 million that was taken out of rainy day funds.

“We are buying down the rate, and that could bite us in the butt in 2019,” Beck said, adding that reducing reserves to buy down the homestead property tax rate is dangerous. Legislators are taking reserves down close to the minimum level required by law.

“I don’t like that part of the yield bill. We might be taking on too much risk,” Beck said.

Most of the one-time money being used — $26 million — comes from the Agency of Education overestimating special education costs.

The agency overbudgeted last year too. Most think the windfalls are a result of centralizing special education services at the supervisory union level. The agency has adjusted its budgeting, and extra money isn’t expected in the future, according to Nicole Mace, executive director of the Vermont School Boards Association.

Mace called the one-time money a bigger problem than who negotiates teacher health care contracts, which had been a point of contention between Scott and Democratic leaders. 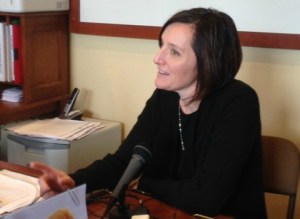 “The biggest problem for everyone, whether their contract is settled or not, is that they are relying on a lot of one-time money,” she said. “School districts will have to spend $35.2 million less out of the gate next fiscal year. It is setting us up for a really difficult budgeting process” in fiscal 2019.

Rep. Adam Greshin, I-Warren, has a different take. He said one-time money, such as the special education overages, is taxpayer money and should be returned.

“I don’t believe it is our job to harvest savings from previous years to smooth out projected education payments over future years,” he said, adding that the exact same arguments were made last year when there was a $19 million surplus from special education. “That was supposed to be one-time money in the education fund, and the debate raged over whether to use that to reduce property taxes in the coming year.”

The Legislature lowered taxes last year too. At that time, school districts had used up all their rainy day funds to keep spending down and avoid penalties from caps put into Act 46. As a result, education spending grew by only 1.4 percent in fiscal 2017. Some lawmakers wanted to spread out the $19 million over two years as a cushion.

This year’s deal had a handful of legislators upset to see the entire $8.5 million expected from teacher health care savings being used to keep the nonresidential tax rate the same as the previous year.

Rep. Kurt Wright, R-Burlington, wanted to know why some of that money wasn’t going to homeowners. “They negotiated for all that money to go to nonresidential taxpayers. What’s in this deal for (homestead) property tax payers?” he asked.

But nonresidential taxpayers are Vermonters too, according to Rep. Cynthia Browning, D-Arlington.

Nonresidential doesn’t mean not Vermonters. Business owners, second home owners, those who have camps and anyone with more than 2 acres and a home falls into that category, Browning said.

But she is concerned about using one-time funds to lower taxes. She had a problem with the education tax bill that passed in May, too.

“I am concerned this sets up an increase in taxes next year, but that ship has sailed,” she said.

Thanks for reporting an error with the story, "Some worry school funding problems being kicked down road"