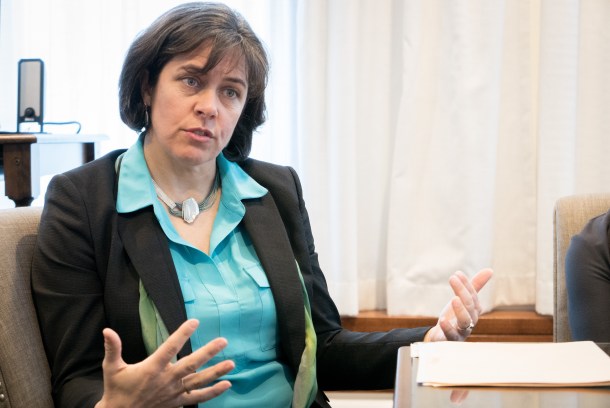 House leaders are heading into the final two weeks of the legislative session with no clear path to a deal with the governor on school spending.

Gov. Phil Scott last week floated the idea of agreeing to buy down tax rates this year in exchange for legislators committing to longer term cost containment through a statewide health care benefit or other initiatives.

Speaker of the House Mitzi Johnson, D-Grand Isle, and House Education Committee chair David Sharpe, D-Bristol, said in interviews on Monday they weren’t convinced the plan was even possible, let along pragmatic.

“Education spending and the grand lists are going in the right direction,” said Johnson, ”but one time money is short sighted and doesn’t solve our problems.”

The upward pressure on property taxes this year was created by the decision last year to use $47 million in one-time funds from an end-of-year surplus and an education reserve fund.

Some estimates said that would cause an increase of up to 9 cents on property taxes, however the impact has been mitigated by schools coming in well below spending expectations this year.

But Scott is insisting on keeping taxes exactly where they are to fulfill his campaign promise of no new taxes and fees.

Because none of his cost-containment proposals would create the necessary savings to cover that gap this year, the governor is proposing a repeat of last year’s solution — in exchange for new cost-control measures that he says will allow the state to pay back the funds in the coming years.

Johnson said that would only make the problem worse.

“Last year, we used one-time money to get out of here because there was no other path through the showdown with the governor,” she said. “Now 3 cents of the tax hike is because of using one-time money. If we come up with another amount of one-time money equal to 7 cents on the property taxes then we are in a deeper hole next year.” 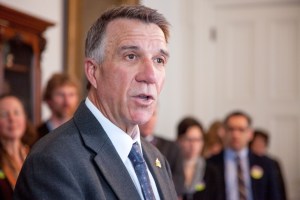 The speaker noted that lawmakers have already enacted or proposed a number of measures to rein in school spending, from a school district consolidation law, another proposed bill that shifts the tax burden from properties to incomes, and another effort to rethink the state’s special education system.

Together with local districts reporting only .07 percent increase in school spending for their latest budgets, there was no need for emergency spending, Johnson said.

“I think school boards have frankly beaten the governor’s own benchmarks by a substantial amount,” she said. “Between that and things we are seeing in grand list values increasing and savings from Act 46 and cost leveling expected from special education, I think we are moving in the right direction. But one-time money just puts us in a bigger pickle next year.”

Scott has not said where the one-time funding would come from, but told reporters last week that there were “all kinds of opportunities” to pull $40 million out of a $1.6 billion budget.

However, Scott put conditions on that spending, saying that he would only move forward with the solution — and remove the threat of a veto session — if lawmakers agreed to his longer term priorities like a statewide health benefit for teachers and a target student-to-staff ratio to be met through attrition.

The House Education panel is investigating a health benefit for all school personnel, but setting student-to-staff ratios is a more complicated proposition. Sharpe said when Act 46 is fully operational, reductions in forces should follow.

“We expect there to be in particular administrative savings and some other personnel savings. New districts are able to be more efficient in how they allocate staff throughout their systems,” he said.

When legislators signed on for a one-time spending solution last year, there were millions in unused special education money left over from overprojections when the administration moved from local schools to supervisory unions. That is all gone.

Lawmakers also dipped into the reserves, dropping them to 3.7 percent. By law they have to be between 3 and 5 percent, and Scott promised Wall Street they would be shored up this year to keep the state’s bond rating in place.

“That is another $10 million we have to come up with to fulfill the promise he made to Wall Street,” Johnson said. 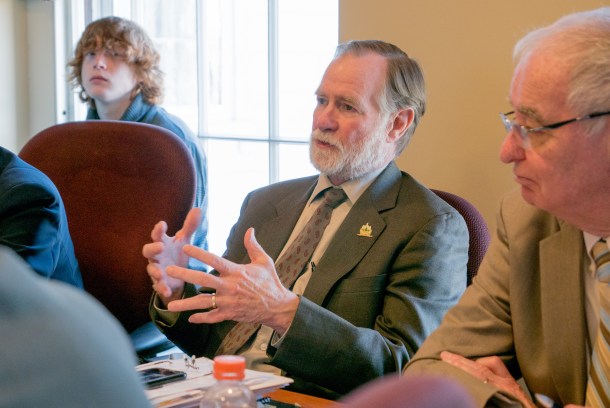 Sharpe, the education committee chair, said returning to the reserves is not an option.

“There isn’t any appreciable amount of one-time money in the education fund this year, certainly not $40 million. Even if he depleted the reserve fund down to zero I think that would only get him $35 million,” Sharpe said.

“I don’t have any idea where he intends to get it,” he added.

Sharpe said if lawmakers hadn’t bought down tax rates last year then over the two-year period the taxes would have increased 3 cents per year.

“That is very reasonable, it is certainly within the growth of the economy,” Sharpe said.

Besides, when school boards planned their budgets and voters approved them on Town Meeting Day, they were expecting a “significant” tax hike, according to Sharpe.

The idea that one-time spending was a bad solution to funding woes is shared by another Vermont politician: Phil Scott as a candidate for governor in 2016.

“We need to stop using one-time money to plug re-occurring budget holes,” he said in his campaign literature.

During Thursday’s press conference, he said he would see one-time spending as an investment in this instance.

“If we could find an opportunity for savings over the next few years we’d look at it as an investment utilizing one-time money this year in order to do that, to keep the [property tax] rates where they are,” he said.

Thanks for reporting an error with the story, "Lawmakers not buying Scott’s one-time spending solution"