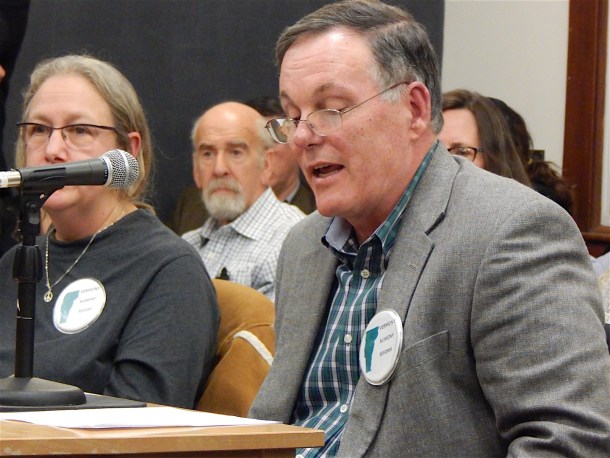 After months of study, a task force is recommending no immediate, major changes to Vermont’s alimony laws.

The Brattleboro-based group advocating for reform of state alimony statutes expressed disappointment that the Spousal Support and Maintenance Task Force failed to address critical issues. The group vowed to carry on.

“I think one of the problems was, there really wasn’t enough time to do a comprehensive review,” said Rick Fleming, a Brattleboro businessman and president of Vermont Alimony Reform. “This is an important first step, but there definitely is a lot more work that needs to be done on this issue.”

Vermont Alimony Reform was founded by alimony payers who say the state’s approach to alimony is unfair, outdated and allows for too much judicial discretion. Members began a push for reform about two years ago, citing recent changes in Massachusetts’ alimony law as a potential model.

The reform initiative bounced around the state Legislature for a while. Lawmakers initially asked the state Supreme Court Family Division Oversight Committee to examine the alimony statute. The resulting report recommended new alimony guidelines based on income and marriage duration, but cautioned against enacting “rigid” regulations that would limit judicial discretion.

After more lobbying by the reform group, the Legislature this year approved the court committee’s proposed guidelines and also created a new task force to take a closer look at the situation.

The task force included representatives from Vermont Alimony Reform and the Vermont Commission on Women. Those two groups were at odds during a November hearing held at Vermont Law School, where commission representatives argued that the reform agenda could have an unfair impact on women. 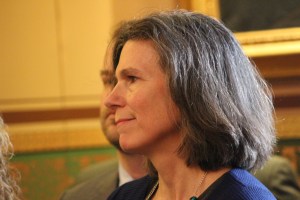 Cary Brown is the executive director of the Vermont Commission on Women. File photo by Erin Mansfield/VTDigger

The task force’s report to the House and Senate judiciary committees suggests only minor changes to the current alimony statute. Its recommendations include:

• Conduct a survey of judges, attorneys, case managers and those involved in divorce cases to determine the “application and usefulness” of the new guidelines.

The task force report said “hard data” are needed to determine “whether the guidelines are being applied, if they are helpful in achieving resolutions and ways they can be improved.”

• Consider the addition of retirement – either of the payer or recipient – to the list of factors in determining alimony awards.

• Replace the statutory description of “permanent” alimony with the word “long-term.” The task force says that’s a “more accurate reflection of the case law,” which allows for modification of alimony rulings.

• Clarify that the new alimony guidelines do not constitute grounds for modifying existing alimony awards. Those requesting such modifications still should have to demonstrate that they’ve had a “real, substantial and unanticipated change of circumstances,” the task force said.

Cary Brown, executive director of the Vermont Commission on Women and a member of the task force, said the group “did a great job considering the wide range of recommendations” on an “incredibly complex topic.”

The new alimony guidelines enacted earlier this year “really need some time to be in effect so we can see what impact they have,” Brown said.

She added that the task force’s hearings, though they were conducted over a relatively short period of time, allowed for input from “voices that we might not have gotten otherwise.”

“I think the task force is trying to be as deliberative as possible,” Brown said.

Vermont Alimony Reform sent the House and Senate Judiciary committees a detailed outline of work the group believes still needs to be done.

Reformers were pleased that the task force acted on one key element of the reform agenda, which was to consider the effect of retirement on alimony payments, but said more work is needed on other issues.

The group’s goals include further curbing judicial discretion, ending alimony payments when a recipient remarries or cohabitates, making prenuptial agreements binding for alimony awards, and dropping “previous standard of living” from factors to be considered in alimony deliberations.

“The awarding of spousal maintenance should be based upon need and not be used as a reward,” the reform group wrote. “Fairness and equity for both parties should be the rule of law.”

Fleming said he expects to argue those points and others when the Legislature returns for the 2018 session.

“It is a complex issue,” Fleming said. “But I think the public hearing and the meetings within the task force show that there needs to be more time dedicated to this topic if they’re going to create effective reform.”

Thanks for reporting an error with the story, "Don’t reform alimony law, says task force"

Having trouble paying your utility bills due to Covid-related economic hardship?

T. Elijah Hawkes: A call to the ‘able-bodied’