BRATTLEBORO – For some who are lobbying for legislative changes, approval of a bill that creates a task force might not be much to cheer about.

But Rick Fleming sees it as real progress in his yearslong push to overhaul Vermont’s alimony statute.

The Legislature has approved a bill, S.112, that temporarily imposes new alimony guidelines while creating an eight-member “spousal support and maintenance task force” that will take a close look at the state’s alimony law and how it might be changed. 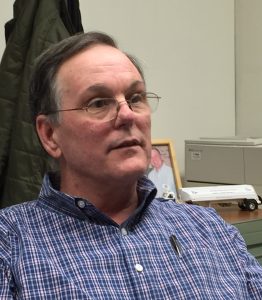 Fleming, a Brattleboro businessman who leads Vermont Alimony Reform, is particularly happy that his group will have a seat on the task force. As recently as a few weeks ago, it didn’t appear that would happen.

“We’re hopeful and confident that Gov. (Phil) Scott will sign it, and we look forward to the hard work of reforming alimony in Vermont,” Fleming said.

Vermont Alimony Reform’s membership consists of payers who feel they’ve been treated unfairly. But Fleming believes “there’s a misunderstanding as to where we’re coming from.”

“We’re for alimony, where it’s appropriate,” he said. “But it has to serve a defined purpose.”

For example, the group wants to end indefinite alimony; make allowances for a payer’s retirement; and, in most cases, end alimony when a recipient remarries.

Fleming said he is not opposed to judicial discretion in alimony awards. But he believes judges and attorneys currently have too much leeway, leading to unpredictable outcomes.

The issue of judicial discretion has played a central role in the alimony debate.

The Legislature last year asked a state Supreme Court oversight committee to examine the law. In January, the committee issued a report recommending new guidelines based on income and the length of a marriage, but strongly warning against consideration of “rigid” alimony rules that would tie judges’ hands.

Fleming’s group took exception to that conclusion and began a new lobbying effort, again asking for a more inclusive examination of the alimony law.

After some back and forth – the Senate OK’d a task force, and the House then deleted it – a conference committee came up with final language that won approval in both chambers.

The task force is composed of one member of the House and one senator; the state’s chief superior judge; a Superior Court judge “who has significant experience” in family court; two experienced family law attorneys; a Vermont Alimony Reform member; and a representative of the Vermont Commission on Women. 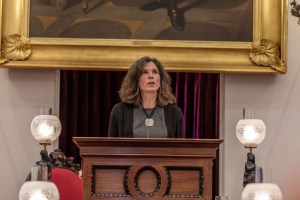 The commission wasn’t initially included on the task force when it was proposed a few months ago. But the commission’s executive director, Cary Brown, said the alimony debate is directly related to economic equality issues that are at the core of the commission’s work.

She also points out that, while Vermont Alimony Reform has female members who are payers, the overwhelming majority of alimony recipients are women.

“We just want to be sure that the perspective of those who are receiving alimony and need it is well-represented,” Brown said.

That doesn’t mean, however, that the commission is opposed to possible changes in alimony law.

“I think it’s never a bad idea to look at ways to improve the laws that we have,” Brown said. “I feel pretty confident that this is actually a well-thought-out group of people they have” on the task force.

Fleming agrees, saying the addition of the Commission on Women is a “great change” for a group that is to make recommendations to improve the “clarity, fairness, predictability and consistency” of alimony law.

The task force must report back to the House and Senate Judiciary committees by Dec. 1.

“It’s a lot of work,” Fleming said. “But if we stay focused and dedicated to moving this forward, I think it is doable and we’ll be able to come back to the Legislature with some positive recommendations.”

Sen. Jeanette White, D-Windham, has been a consistent supporter of an alimony reform study and served on the conference committee for S.112.

She noted that the House’s version of the bill had called for review of the alimony statute by the Supreme Court’s Family Division Oversight Committee – the same body that issued the January report, and the same group that has been looking at the issue for years.

“Our feeling was that they have been doing it for 15 years and have not made any progress except to create some suggested guidelines for alimony,” White said.

Those guidelines have been incorporated into S.112, but there’s also a provision for their repeal on July 1, 2019. “We did put in a two-year sunset so they will have to be reviewed again,” White said.

In the meantime, the task force will be taking a more wide-ranging look at the law. White called it “all around, a win for the folks who brought us the issue.”

Thanks for reporting an error with the story, "Alimony reform group sees progress with legislation"