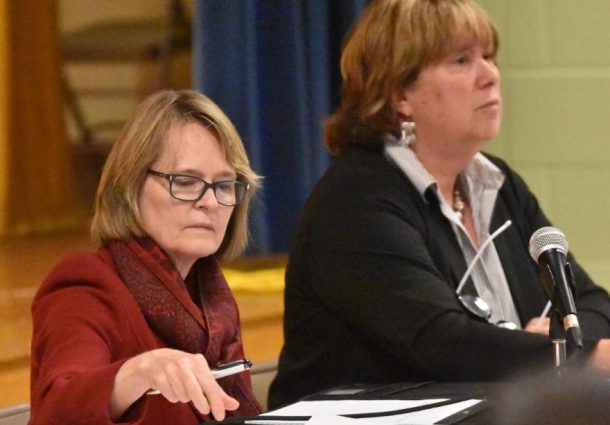 [L]awmakers put off until October the deadline for adopting new rules governing wind turbines, after the Public Service Board offered a major revision in response to what it said were concerns from legislators and others.

The move came after the Public Service Board on Monday offered to strip from its proposed rules a requirement that turbines be set back a certain distance from nearby homes.

In a memo to the Legislative Committee on Administrative Rules, which is reviewing the draft rules, the board said it is “mindful of the concerns raised by several committee members and many stakeholders.” The board offered to modify or remove the setback, “if LCAR believes that such modification is necessary and appropriate.”

The PSB is crafting the rules in response to last year’s Act 174, which requires that it establish a uniform standard regulating sound produced by new wind turbines.

The legislative committee’s hearing this week was its second on the proposed rules.

The controversial setback requires that turbines be placed a distance at least 10 times their height from any nearby residences.

Board members Thursday defended that portion of the rule, as did Department of Public Service Commissioner June Tierney, saying the requirement could be waived when appropriate or avoided altogether by developers who reach agreements with homeowners within the setback boundaries.

Wind energy proponents say the setback would allow a single nearby resident to prevent a wind project from being built, even if sound levels at that home are within limits. The new rules call for a daytime limit of 42 decibels and a nighttime cap of 39 decibels.

James Dumont, a Bristol-based lawyer representing the Vermont Public Interest Research Group, said such a stance would be unconstitutional, because it would have the state delegate its decision-making power to a single resident. 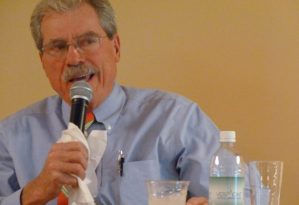 The fact that the board might waive the setback rule in certain instances doesn’t abide by the Constitution either, Dumont said, because the rules don’t specify when or why a waiver would be granted.

The committee’s chair, Sen. Mark MacDonald, D-Orange, said repeatedly that the proposed sound rules must deal with sound, and he urged his seven fellow committee members to “discipline” themselves to focus on the sound standards the law called for the Public Service Board to address, rather than distance standards.

“This rule is [supposed to be] based on noise — that was the charge,” MacDonald said.

“We can ask ourselves whether a setback is an acceptable regulatory alternative to sound,” MacDonald said, but he said he doubted that was the case.

The Legislative Committee on Administrative Rules is tasked with reviewing rules to ensure, among other things, that the rules carry out what legislators intended when they called for the rules to be made; that they aren’t arbitrary; and that the rules don’t overstep the rulemaking body’s authority.

This committee’s review is typically the last stage before new rules take effect.

Wind energy opponent Annette Smith, who at the last committee hearing on the proposed wind sound rules told lawmakers that windmills cause cardiac illness, said she couldn’t support the proposed rules without the setback.

Smith said that wind turbine sound rules haven’t worked when they’re based on the volume of sound the turbines produce because the Public Service Board failed to enforce decibel levels.

“It’s the Wild West out there,” she said.

Most industrial-sized wind turbines in Vermont reach 500 feet into the air and would require a setback approaching a mile.

Smith said that “pretty much everyone” within a mile of these turbines complains about the volume of sound, and that the ones who don’t are simply too discouraged to bother.

Upcoming scheduling conflicts pushed action well into the future. Committee members set a new deadline of Oct. 26 for adoption. Meeting this deadline will require the committee to have reviewed and approved the rules by Oct. 13, committee members said.

In the meantime, wind projects will continue to be governed by a set of temporary sound rules.

Thanks for reporting an error with the story, "Decision on turbine noise rules delayed as PSB bends"