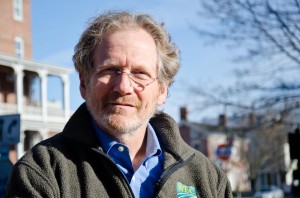 The elephant in the Vermont utility room may get even larger, and smaller, public utilities want to have a say in what happens down the road.

Five parties have intervened on behalf of small, publicly-owned utilities or cooperatives in a proceeding in front of the Vermont Public Service Board regarding the merger of the state’s two largest utilities — Green Mountain Power and Central Vermont Public Service Corporation. In September, the two electric power companies filed a petition with the board to merge into one utility. If the board, which is a judicial body, approves the deal, Green Mountain Power, owned by Montreal-based Gaz Metro, would emerge as the surviving company.

The smaller, municipal and cooperative utilities, which are either government- or member-owned, filed motions to intervene to protect their rights in the transaction. They are all in joint contracts with the larger utilities.

While each of the public entities has a specific concern about factors that could affect it and its ratepayers, there is one common thread: VELCO.

What this concentration of foreign ownership means for the state down the road is up for debate. The transmission utility would still be subject to Federal Energy Regulatory Commission open-access regulations, which require fair and open competition. Furthermore, any new transmission lines must be approved by the Vermont Public Service Board.

CVPS and Green Mountain Power took steps to relinquish some control of the transmission utility in anticipation of concerns about Gaz Metro’s controlling share of VELCO, should the merger be approved.

The relationship between the state’s utilities and VELCO and Transco is complicated already. Add to that mix the petition to merge CVPS and GMP, and the web even more tangled. Gaz Metro, dba Green Mountain Power, proposes to transfer a third of its VELCO ownership to a nonprofit public benefit corporation that would support a low-income rate plan. The idea is that the new larger utility, which would control about 78 percent of VELCO, would not unilaterally control the governance of VELCO, as a result of the transfer of 30 percent of the shares to the public benefit corporation. Transco is owned by the state’s electric utilities either directly or indirectly through VELCO. VELCO itself owns 10 percent. Combined, Green Mountain Power and CVPS own 72 percent of Transco. By majority vote under the Transco operating agreement, the owners have the ability to replace VELCO as managing member. Green Mountain Power and CVPS also propose revising the operating agreement to prevent the combined company from using its position as majority owner to terminate VELCO’s role in managing Transco.

This is a long and complicated way of saying that the merger of the state’s two largest utilities will give Gaz Metro a big stake in the state’s transmission utility portfolio. What this means for ratepayers and the smaller public utilities is unclear.

Avram Patt, general manager of Washington Electric Cooperative, says he is not sure what will happen in the future to small utilities in Vermont. That’s why the municipal and cooperative utilities intervened.

“There are real issues about who controls the energy industry in Vermont for generations to come,” Patt says. “If this goes through in any form, it will be a truly historic event.”

Patt says whoever controls VELCO will make all of the major infrastructure decisions in the state.

Vermont has a long history of tension between public power authority advocates and private interests, Patt said. Gov. George D. Aiken advocated for rural electric cooperatives during his tenure from 1937 to 1941. In 1949, Gov. Ernest Gibson, Jr., tried to develop a Vermont Power Authority state entity, but the effort failed.

Whether a public power authority is a possibility at this time is another question, Patt said. The issue currently with the merger, is ensuring that the public interest is protected in terms of VELCO in the near and long term. Patt said the proposed makeup of VELCO does not go far enough to ensure that public utilities have a say in the future.

Currently, the VELCO board is made up of 13 seats. The petition to merge proposes a downsize to 11. The new Green Mountain Power would have four seats out of 11. Independent members would have three. The Vermont Public Power Supply Authority, Burlington Electric Department, Vermont Electric Cooperative, and the CEO of VELCO would each have one.

Patt says he is not sure public power entities will be guaranteed their share of votes in the future. He is uneasy about the potential of a consolidation of municipal utilities or if the large utility buys up other utilities.

“The whole point is we don’t know, and that proposal [shifting one third ownership to the low-income trust] really does not go far enough from our point of view,” Patt said.

If the new utility bought Burlington Electric Department, for example, an idea pitched by Burlington mayoral candidate Kurt Wright, Gaz Metro would be one seat away from having a majority of the votes on the VELCO board.

“We want to make sure that decisions get made with best interests of Vermont in mind, not just who’s going to profit from it,” Patt said.

Kerrick Johnson, vice president for external affairs for VELCO, said utilities and the public should not be concerned about a new makeup of the board.

“I think if you look at the history of VELCO and how we’ve arrived at decisions and results of those decisions, we’re a consensus-based organization,” Johnson said.

He said the company’s founding operating agreement said that no one utility could unilaterally use its ownership power to the disadvantage of another. In addition to Green Mountain Power’s self-imposed restraints on ownership and control, Johnson said, transmission utilities are subject to strict federal and state regulation. At the state level, proposed transmission projects have to demonstrate economic benefit and that they will provide for the general good of Vermont above and beyond economic benefits, Johnson said.

He said there is no chance of a “stealth transmission line” going through the state without approval through the existing maze of regulatory requirements. The rules have not changed, Johnson said, so there should be not appreciable change in how the transmission utility works. The main requirement, he said, is that any new project must be good for Vermont.

“If you’re going to seek to build transmission in Vermont, there must be tangible, demonstrable benefits for Vermont,” he said.

While Washington Electric Cooperative may be the most vocal about specific concerns with the proposed merger, others in the state share some level of unease about the VELCO issue.

David Mullett, general manager of the Vermont Public Power Supply Authority, said the authority intervened on behalf of its 12 municipal member systems because the “goal of not having one merged utility control VELCO is an important one.” Mullett said one of the issues related to VELCO is an established tariff under the Federal Energy Regulatory Commission, which has provided a favorable rate of return for smaller utilities.

Barbara Grimes, general manager of Burlington Electric Department, said the utility intervened in part because it has to protect its interests with regard to agreements with the large utilities concerning the McNeil Generating Station, Highgate Converter Station, and Transco. Burlington Electric is a 6 percent owner of VELCO.

Grimes said BED wants to make sure all of the issues regarding VELCO and other agreements are fully vetted.

As for the ownership structure of VELCO, she said, “now we have an even bigger gorilla in the room than before.”

David Hallquist, CEO of Vermont Electric Cooperative, said the member-owned utility does not have the same concerns other utilities do over VELCO. Hallquist said the utility’s concerns are a bit more specific and technical. For example, the utility is focused on acquiring a utility line from Fairfax to Irasburg.

In an email, Director of the Public Advocacy Division of the Department of Public Service John Beling said the VELCO proposal is a very important aspect of the merger. He wrote the main concerns for the department as it relates to VELCO are: ensuring that the public good is considered, that this public interest component lasts into the future, and that VELCO retains control of Transco in the future.

Thanks for reporting an error with the story, "Before the PSB: Uncertainty about Gaz Metro control over VELCO’..."