Rumors began to swirl early this week that Paul Burns, executive director of the Vermont Public Interest Research Group, had fired the advocacy organization’s health care lobbyist immediately after she informed him she was running for lieutenant governor. When Cassandra Gekas first filed a petition to challenge incumbent Lt. Gov. Phil Scott, the word was […] 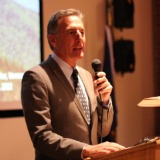 The decision means Vermont will likely be able to benefit from hundreds of millions of dollars in federal tax credits and subsidies under the federal scheme.

According to its statement, with the Vermont utilities, Gaz Metro’s assets are now valued at close to $5 billion.

A federal court has upheld standards by the Environmental Protection Agency that would allow the federal government to regulate greenhouse gas emissions. Vermont, along with 16 other states and the City of New York intervened on behalf of the federal agency defending those standards. In a statement, Vermont Attorney General Bill Sorrell said the decision […]

The state’s largest hospital has reached a tentative agreement with a nurses union that will most likely avert a strike in July. According to Margaret Russell, a staffer with the Vermont Federation of Nurses and Health Professionals, members of the nurses union met with hospital administrators Tuesday night and into Wednesday morning. A sticking point […]

The AARP Vermont filed a motion Tuesday afternoon asking the Vermont Public Service Board to revisit its 172-page order approving a merger between the state’s two largest utilities. In its motion, AARP asked the utility regulators to reopen the record in the case and order the utilities to pay $21 million in cash or a […] 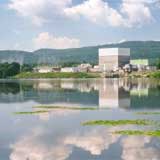 The state and the New England Coalition had argued that the federal permit issued in 2011 was invalid because Entergy failed to obtain certification that operation would not affect water quality. 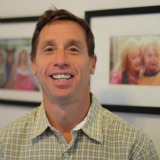 The money the group will spend on advertising, around $100,000 or so, Sterling said, will come from SEIU. 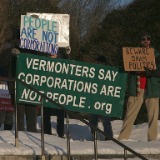 With the legal landscape appearing to open the door for super PACs in Vermont, some advocates are already considering taking the first step. 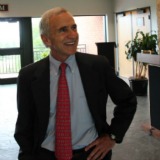 The “Vermont Health CO-OP” plans to sell insurance to individuals and small groups on the state’s health benefits exchange that is set to start up in 2014. Co-op members will own and govern the company. 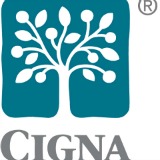 According to numbers released Thursday by the U.S. Department of Health and Human Services, 4,636 Vermonters will receive a rebate -- averaging out to $807 per family. 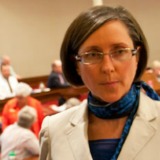 The Professional Fire Fighters of Vermont released a list of candidates it will endorse in the November election Tuesday, with a few surprises. The union, which generally leans toward Democrats, endorsed two Republicans -- Vince Illuzzi for auditor and incumbent Phil Scott for lieutenant governor. It also gave a nod to TJ Donovan in the […]

A Vermont anti-nuclear group joined with dozens of other organizations this week asking the Nuclear Regulatory Commission to halt final decisions on licenses until it evaluates the environmental impacts of storing nuclear waste. The Brattleboro-based New England Coalition signed on to a petition filed Monday that asks the federal agency to suspend final licensing decisions […]