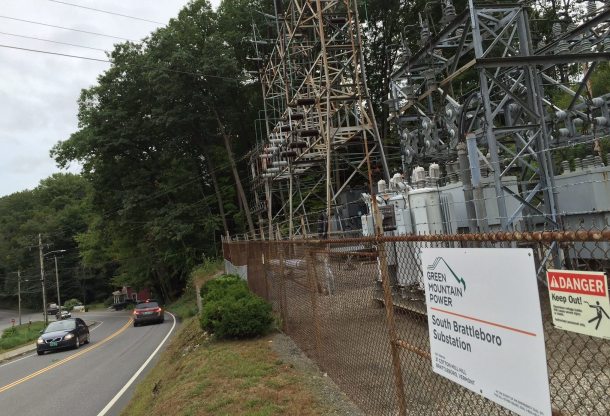 The state’s largest electricity utility, Green Mountain Power, has announced plans to procure 100% of its electricity from renewable sources by 2030.

Mary Powell, the chief executive of GMP, made the announcement Saturday in South Burlington. She said the utility, which serves 75% of the state, plans to have a “carbon free” electricity supply by 2025.

“The U.N. Intergovernmental Panel on Climate Change report makes clear, we have to act now, and take bold steps to cut carbon,” Powell said in a statement, referencing a bombshell IPCC report that came out last fall.

Capping global warming at a 1.5 degrees celsius increase would require global carbon dioxide emissions to decline 45 percent from 2010 levels in the next 12 years, wrote the report authors.

Nuclear, which the utility estimates will account for 27.9 percent of its supply in 2018, does not count as a renewable source of energy under state law. Castonguay said there’s going to be a “transition period” over the next decade away from nuclear.

“That’s why we’re doing this phased-in approach,” he said.

GMP plans to have a fully renewable energy supply through a combination of increased locally generated solar and energy storage and by purchasing more wind and hydro energy, according to a statement from the company.

Almost all of the utility’s renewable electricity currently comes from hydro. GMP owns 44 of its own hydroelectric plants and has power purchase agreements in place to buy additional hydroelectricity. Castonguay said the utility will maximize how much power is coming from existing hydro-facilities and purchase more as needed.

GMP estimates that solar will account for 1.7% of its power supply in 2018, after it sells renewable energy credits. The utility has two existing solar and battery storage projects in Rutland and Panton, with three more planned projects approved by the Public Utility Commission in Essex, Ferrisburgh and Milton. And over 15,000 GMP customers have solar systems through third-party solar companies, according to the company’s press release. 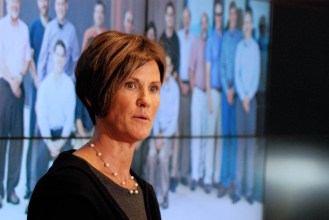 “We continue to have net metering planned in our future…but we’re also looking at other solar opportunities” like community solar, said Castonguay, adding that battery storage was key for managing additional solar. GMP draws on stored power in home energy storage devices to reduce peak demand, which is when electricity is most costly.

Other areas of likely growth in renewables include off-shore wind and methane digesters, said Castonguay.

Kristin Kelly, a spokesperson for GMP, said that by aiming to meet the 100% renewable target in more than ten years, the utility will have time to meet it in a way that is “cost effective” for customers.

By law, the state’s Department of Public Service intervenes in rate cases pending before the PUC to represent the “public interest.” Riley Allen, the department’s deputy commissioner, said it feels GMP can meet its goals in a way that is “mindful of the affordability concerns.”

Vermont passed a law in 2015 that requires electrical utilities to source increasing amounts of electricity from renewable sources. By 2032, renewable electricity must make up 75% of their sales, with 10% of that from in-state, distributed generation, such as net-metered solar.

“We think our utilities are generally ahead of the game there,” Allen said of the renewable energy standard. “And given the availability of relatively low cost renewable resources, we think all that is achievable.”

GMP is playing catch up on renewables, compared to some of the state’s smaller electricity providers.

The Swanton Electric Department has essentially been renewably powered since its founding in 1894, according to Reg Beliveau, Swanton village manager. The department purchased a dam at Highgate Falls on the Missisquoi River that was built in the late 1700s.

“Since then, we’ve produced almost all of our electricity through that facility,” he said.

For instance, developers currently face “redundant” permitting to put up solar canopies on parking lots, she said in an interview Tuesday.

“We’re kind of asking regulators to get out of the way because there are a lot of unintended barriers in our existing energy laws,” she said.

Thanks for reporting an error with the story, "Green Mountain Power announces 100% renewable electricity by 2030 goa..."