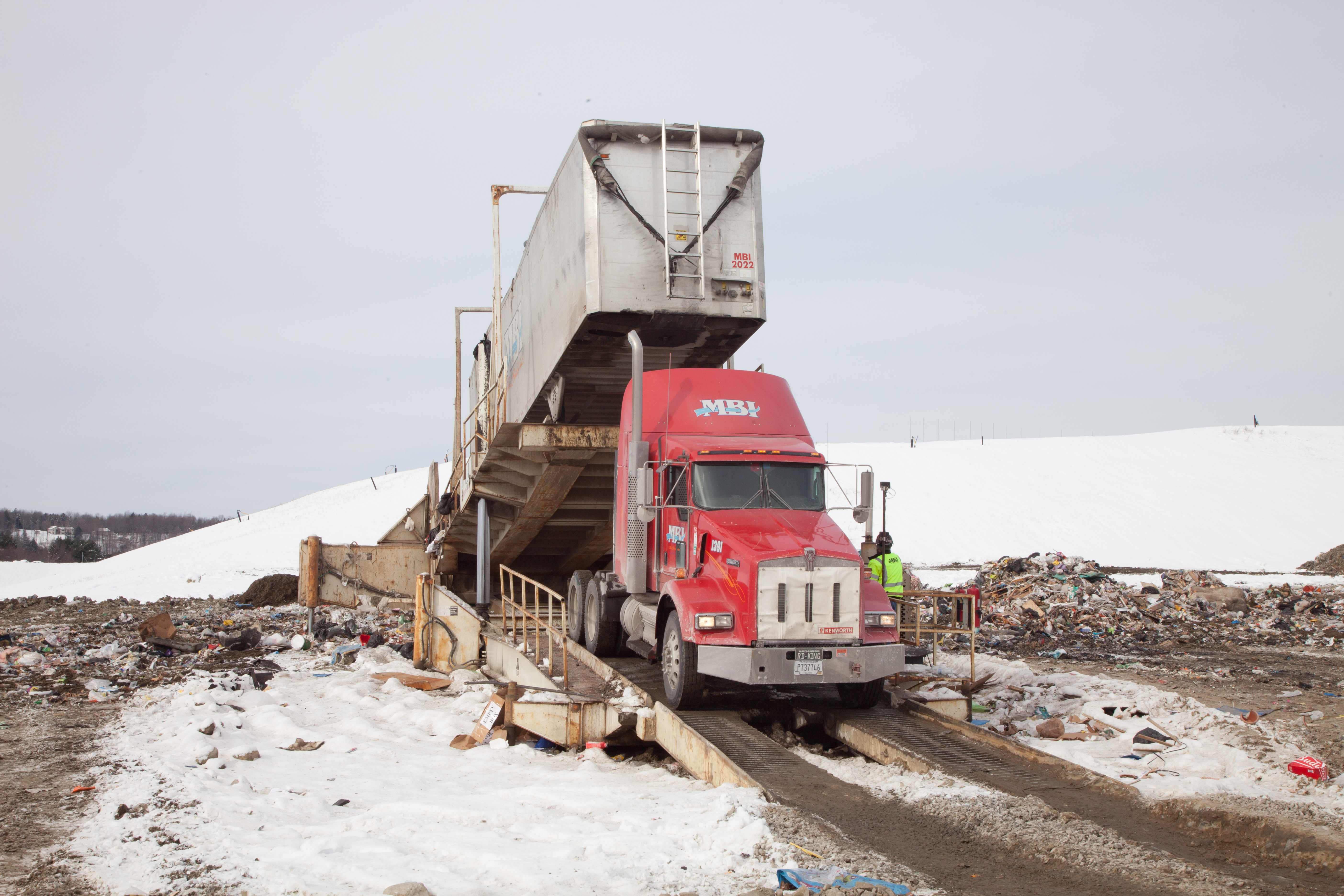 Waste is dumped in one area of the landfill every day, then covered with soil to mitigate odors and pests. Photo by Mike Dougherty/VTDigger

A citizens group is moving forward in opposing a 51-acre expansion of the Coventry landfill.

In October, the state Agency of Natural Resources’ Department of Environmental Conservation issued a final certification approving a 10-year continuation of the existing landfill and an expansion to its south. Members of DUMP LLC — an acronym for Don’t Undermine Memphremagog’s Purity — filed an appeal last month with the Vermont Superior Court’s Environmental Division seeking to overturn that approval. 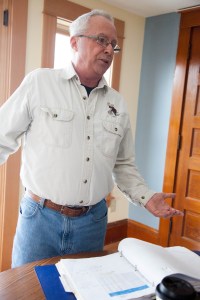 Charlie Pronto, head of DUMP, said the group is appealing the certification because “it’s time to close this mega-dump and find another location.”

In a statement of questions filed last Friday, the group, through attorney Brooke Dingledine, asks the court to look at whether DEC did not adequately address concerns over water pollution, air pollution and traffic impact in issuing the certification. DUMP also contends that DEC staff committed procedural errors by not holding a separate public hearing after additional groundwater testing was completed in September and by not adequately addressing public concerns about the expansion.

“We absolutely think we have a pretty good shot of winning our appeal because there’s a lot of things [DEC] didn’t do according to their rules and regulations,” said Pronto.

Landfill operator Casella Waste Systems does not share that view. Vice President Joe Fusco said that the waste management company is “not concerned” about the appeal.

Cathy Jamieson, solid waste program manager for the DEC, said the state has not yet filed a response to the appeal. She said that DEC will address DUMP’s allegations during the appeal process, adding that her division had provided a lengthy response to public comments with the final certification.

DUMP and other opponents of the landfill expansion — including multiple Canadian nonprofits and Gilles Belanger, a recently elected member to Quebec’s provincial government — are also trying to use the ongoing Act 250 permit review to oppose the expansion.

Casella has applied for an amendment to the landfill’s Act 250 permit for the expansion. The District 7 Environmental Commission held a hearing in May and put the process on hold until additional documents, including the ANR certification, were provided.

The commission issued a decision on Nov. 20 to reopen the hearing process, allowing parties to respond to or rebut the landfill’s certification and air pollution permit within the limited scope of impacts to air quality and waste disposal.

Pronto said part of the reason DUMP members decided to appeal the certification was because they had not been granted party status in the Act 250 proceedings. DUMP and other organizations and individuals that sought late party status have now been granted limited participation in the reopened Act 250 hearing as “friends of the commission.”

The Act 250 hearing will take place on Jan. 22 at the Coventry Community Center.

Thanks for reporting an error with the story, "Citizens group appeals Coventry landfill expansion"