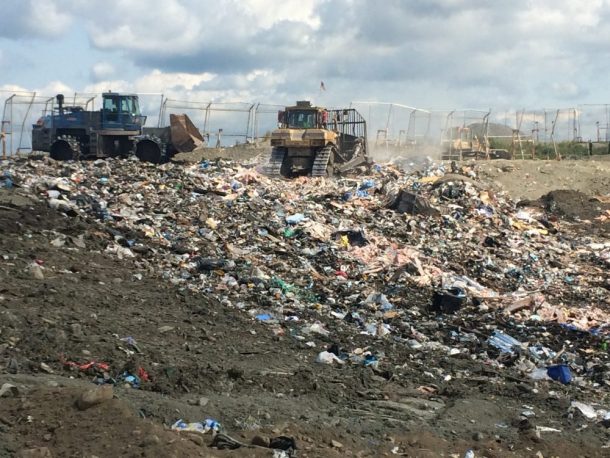 The state’s solid waste program has granted final approval to a controversial 51 acre expansion of the Coventry landfill.

But the landfill expansion, opposed by some nearby residents and neighboring Quebecois, still must clear the Act 250 permitting process and receive a wastewater permit.

On Friday, officials with the solid waste management division of the state Department of Environmental Conservation issued a final permit to Casella Waste Management’s subsidiary NEWSVT approving the expansion.

After receiving more than 90 public comments on the draft permit, DEC required Casella to test six groundwater wells for PFAS compounds. PFAS, a group of man-made chemicals that gained notoriety in the state after they were discovered to have contaminated drinking water in Bennington, are an emerging concern nationally.

One of the wells adjacent to the unlined portion of the landfill — a remnant of an on-site dump prior to Casella’s ownership — had 116 parts per trillion of PFAS. Jamieson said that although that well exceeds the state’s 20 ppt health advisory for PFAS, state groundwater regulations kick in at the edge of the property, not on-site. 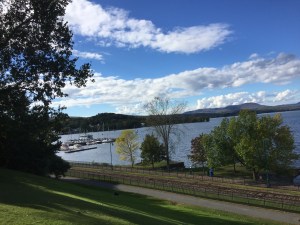 A marina on the shores of Lake Memphremagog in Newport. Photo by Anne Wallace Allen/VTDigger

Additional testing at the edge of the property did not show detectable PFAS levels, she said. The solid waste program addressed public comments in a responsive summary accompanying the permit approval, said Jamieson.

“The Coventry landfill is a crucial part of Vermont’s public and environmental health infrastructure,” said Fusco in an email Friday. “This permit reflects that, and the clear, strict regulatory oversight to which these facilities deserve to be subjected.”

The final permit includes requirements for Casella to test PFAS levels in landfill leachate and in incoming waste likely to have higher levels of contaminants, like biosolids. Additionally, the Casella will need to research options for pre-treating leachate from the Coventry landfill to reduce PFAS levels before the leachate goes to wastewater treatment plants.

The Coventry landfill is the state’s last open landfill and takes in around 70 percent of Vermont’s trash, as well as additional waste from outside the state. The 78-acre landfill is located near the banks of the Black River that flows into Lake Memphremagog.

Jen Duggan, director of Conservation Law Foundation Vermont, said the new requirements do not do enough to address concerns about the environmental impact of the expansion.

“The fact that they’ve included those conditions,” said Duggan, means “they still have questions about the leachate and groundwater contamination at the site.”

CLF feels that the PFAS test results show “enough data there” to warrant a full investigation before an expansion occurs, she said.

“When you’re talking about the release of a contaminant into the environment,” said Duggan, “you really need to do an investigation with groundwater monitoring and data analysis to be able to identify the scope and extent of the contamination.” 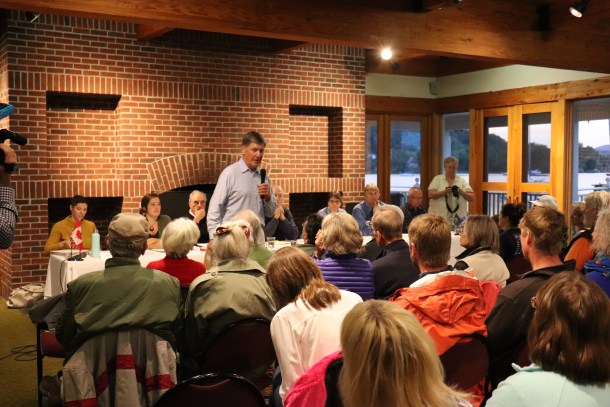 Henry Coe, secretary of the grassroots group DUMP, addresses a crowd gathered in Newport to hear about the Coventry landfill expansion in September. Photo by Elizabeth Gribkoff/VTDigger

Citizen’s group DUMP also plans to continue to oppose the expansion, said Henry Coe, a Danville resident who is secretary pro tempore of the organization. “We’re very, very disappointed but it strengthens our resolve to continue to try to fight this expansion and permit extension on other fronts.”

One well located downgrade from the newer, lined portion of the landfill had PFAS levels of 6 ppt, which, Coe said, he believes indicates a leak from the landfill liner.

“It could come from nowhere else,” said Coe. “This was farmland before.”

DUMP holds fast to its stance that the state’s last open landfill does not belong next to wetlands that drain into international Lake Memphremagog, said Coe.

“This is a Vermont outhouse perched above a Canadian drinking water reservoir,” he said. “It’s just socially, economically and environmentally unjust.”

Coe said that the state’s criteria used to review the application for expansion should be updated, as some of the solid waste rules “were written in the last century, literally in the early 1990s.”

“The science changed, the chemicals have changed,” said Coe.

The landfill expansion has received pushback from nearby Canadians who echo Coe’s concerns that the landfill is located close to a lake that provides drinking water for 185,000 Quebec residents. Denis Paradis, member of parliament from Brome-Missisquoi, Quebec, sent a letter to Gov. Phil Scott and Agency of Natural Resources Secretary Julie Moore in July asking that Vermont put the permit approval on hold until the International Joint Commission reviews the environmental impact of the expansion.

Members of the public have 30 days to file an appeal of the approval with the Vermont Superior Court environmental division.

Duggan said CLF will be “evaluating options for appeal.” Casella still has to obtain a pre-treatment permit from the DEC’s wastewater management division to treat leachate at wastewater treatment facilities, she noted. CLF plans to engage in that permit process, said Duggan.

Coe said that DUMP has not yet decided if it will appeal the ANR permit decision. DUMP hopes the environmental review board will hear its members’ concerns when deciding on Casella’s pending Act 250 permit, he said.

Multiple parties, including DUMP and the Memphremagog regional county municipality in Quebec, have filed appeals to be granted party status in the Act 250 process.

Thanks for reporting an error with the story, "Coventry landfill expansion receives final approval from state agency"

Michael Long: A mayor for this moment, principled and more than capable too