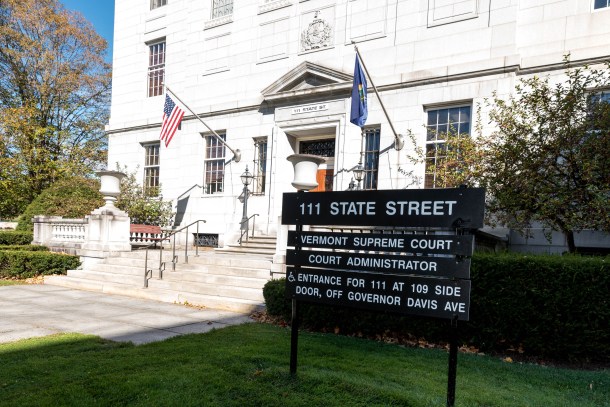 [V]ermont’s open meeting law does not apply to bargaining sessions between teachers and school boards, because the the sessions are not meetings, the Vermont Supreme Court ruled on Friday.

Teachers’ unions and school boards and administrators all welcomed the decision, saying it provides clarity after years of confusion and several conflicting rulings.

Collective bargaining sessions typically have been held behind closed doors but following a 2017 decision in Addison County Superior Court, that contract negotiations should be held in public, the Vermont School Boards Association began telling its members to open up their bargaining sessions to comply with the state’s open meeting law.

The Vermont NEA, the teachers union, took issue with the decision saying that opening contract negotiations between teachers and school boards to the public was contrary to decades of labor practice, and that teachers would be at a disadvantage.

The Vermont open meeting law requires school board meetings to be open to the public, but it allows board members to hold closed-door “executive sessions” for a range of reasons, one of which is to discuss contract or labor relations agreements with employees, the Court’s decision said.

The court said that based on the its reading of the Vermont Open Meeting Law, the Public Records Act, the Labor Relations for Teachers and Administrators Act and past practice, bargaining sessions are not meetings.

“We are pleased that the Supreme Court reached the same conclusion we have: that the Open Meeting Law was never intended to force public bargaining,” said Rebecca McBroom, lawyer for the Vermont NEA.

If contract talks were considered meetings, school boards would have sole authority to decide when to go into executive session, and who could be present, which would put teachers at a disadvantage, the court said, adding that the Legislature “clearly” wanted teachers, school administrators and school board members to have equal authority.

“This is a good ruling for labor relations,” McBroom said. “It means that local educators and local school boards can have robust and productive contract talks as equals at the table.”

The suit was filed by the Caledonia Central Supervisory Union to clarify issues that arose in 2016, in contract negotiations with teachers.

During the talks, CCSU negotiators’ position was that bargaining had to be held in public, except for “sensitive” issues. The teachers union disagreed, and resolved not to meet until the matter was settled. Teachers wanted the state Labor Relations Board to handle the matter; CCSU took the matter to court. The court dismissed the case; CCSU appealed; and the Supreme Court reversed the earlier court decision, saying the issue required clarification.

“The law was at worst unclear,” said the supervisory union’s attorney, Pietro Lynn. The school board did not want to be in violation of the open meeting law if it held closed-door negotiations with the unions.

“The purpose of filing the lawsuit was solely to get a declaration from the court one way or another,” he said.
“We weren’t seeking money, we weren’t seeking damage or attorney fees. All the board wanted was an answer to the question.”

Thanks for reporting an error with the story, "Contract talks belong behind closed doors, Vermont high court rules"

Kat Wright performs at The Essex Experience on February 5th