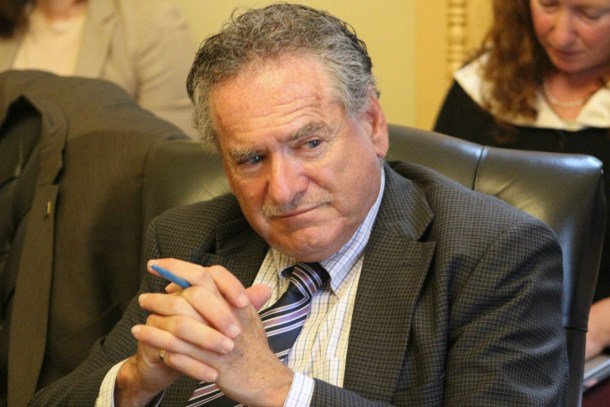 Senate President Pro Tem Tim Ashe said Tuesday morning that he's confident that he has the votes for the pay increase that he says will significantly boost the fortunes of low-income Vermonters.

"I think an increase in the minimum wage will pass … because I think people know that $10.50 an hour is not an acceptable wage for adults who work full-time to live on in the state of Vermont," Ashe said.

Ashe, a Chittenden County Progressive/Democrat, has made raising the pay threshold for workers in Vermont a top priority this biennium. He says S.40 will improve the lives of the tens of thousands of Vermonters who now earn $10.50 per hour under current law.

Republican lawmakers say the legislation will hurt small businesses that would be forced to raise the pay of not only minimum wage workers, but also for other employees.

The Senate Economic and Development Committee approved the legislation in a 4-1 vote Tuesday. There were 14 sponsors of the original bill, which had a more aggressive timeframe. Sen. Michael Sirotkin, D-Chittenden, chair of the panel, said that his committee extended the implementation period in response to criticism from the business community. As a result, he believes conservative Democratic senators will come on board. 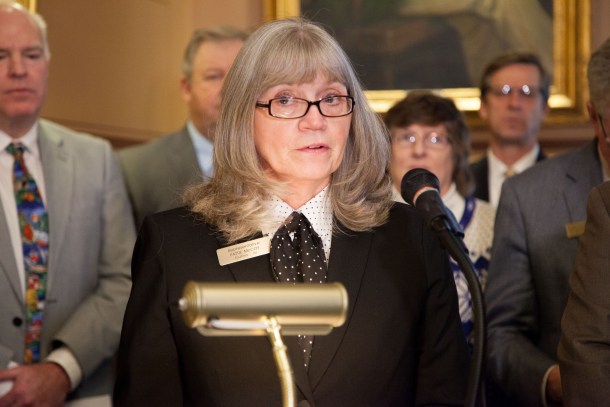 House and Senate Republicans railed against the proposed minimum wage hike at a press conference Thursday. They argued that if the bill became law, it would shutter small businesses and lead to thousands of lost jobs.

"The cost will be dramatic and in many cases, unbearable," said Rep. Patricia McCoy, R-Rutland. "Jobs will be lost and employees' hours will most surely be decreased as employers scramble to meet payroll demands."

"We have thousands and thousands of minimum wage jobs in Vermont and so if a few hundred positions on an economic model are going away … that doesn't mean the individuals aren't still able to find a job," he said.

Republicans cited an October 2017 report on the proposed minimum wage hike that paints a dire economic picture. The analysis, written by Tom Kavet, the economist for the Vermont Legislature, shows that if a $15 minimum wage went into effect in 2022, the state would lose approximately 2,830 jobs each year. If it went into effect in 2024, the Joint Fiscal Office estimates 2,250 fewer jobs for that year.

On average, small businesses in Vermont have fewer than 20 employees. Employers will have a hard time managing their payrolls under the minimum wage hike, Republicans argue.

Kavet's report also says minimum wage workers would lose access to child care and other benefits and pay more in taxes. One of the impacts of the $15 minimum wage in 2022 would be a $69 million loss in federal dollars to Vermont, he says. The JFO estimates for a 2024 implementation of a $15 minimum wage, the loss of federal funds would be $54 million.

However, crafters of the minimum wage legislation say they have addressed the so-called "benefits cliff" and have found a way to ensure that low-income families won't lose child care benefits, according to Sirotkin.

Sirotkin said the bump in wages will result in higher income tax revenues and less demand for state benefits. The estimated combination of revenues and savings is $20 million, Sirotkin says.

That additional general fund capacity would make it possible for the state to continue to offer child care subsidies to minimum wage workers who would see a gradual increase in hourly pay over the next five years. A Joint Fiscal Office analysis shows that the benefit could cost between $8 million and $12 million a year. The subsidy increase will be tied to the incremental increase in the minimum wage.

Supporters of the increase previously introduced legislation that would have raised wages on a faster timeline — to $15 an hour by 2022.

Ashe said that the current proposal would give employers more time to ease into the hike.

"I think that it's a very reasonable but meaningful schedule of increases in the minimum wage," Ashe said. "Obviously, for some employers they will prefer that it's out a little bit further than the way the bill was introduced."

Sirotkin said the bill will raise the quality of life for Vermonters.

"The income inequality is staggering in Vermont and in the country," Sirotkin said. "This bill moves the needle significantly in terms of helping people."

Correction: Minimum wage jobs in the state currently number 25,500, not 60,000, as stated previously. Also figures for jobs lost and federal dollars lost related to a 2022 implementation of the $15 wage were corrected. Figures on federal dollar and job impacts provided by the Joint Fiscal Office for a 2024 implementation were added. Lastly, Tim Ashe said $10.50 per hour, not $10 to $15 per hour, is an inadequate wage.

Thanks for reporting an error with the story, "$15 an hour minimum wage bill likely to pass Senate"