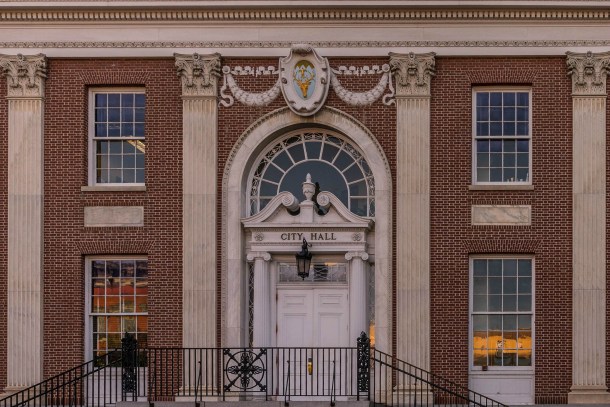 [B]URLINGTON — A group of city residents is gathering signatures for a petition that would put an item on the March ballot asking the City Council to oppose basing F-35 fighter jets at the Burlington International Airport.

The move is the latest in a long-running dispute over the new warplanes. Since the Air Force first sent notice in 2009 that it was considering the airport as one of the locations it would send F-35’s, groups of residents have sought to oppose them.

Charles Simpson, a local activist, retired professor and Progressive City Council candidate, is leading the charge to get the ballot item to voters in March. Simpson is part of a group opposed to basing the planes in Burlington.

Several members of that group, along with the City of Winooski, lost a court battle in 2016 challenging the findings of a U.S. Department of Defense environmental study that gave a green light to deploying the planes at the airport.

The Vermont Air National Guard’s current fleet of 18 F-16 aircraft will begin to be replaced with new F-35’s as early as next year. The F-35 will be used in Burlington nearly 5,500 times per year — a slower pace than current F-16 flights — and will be significantly louder than F-16s. Houses closest to the airport have been vacated and sold through a Federal Aviation Administration program that buys homes severely affected by noise pollution.

The ballot item language, which is advisory and non-binding, asks the City Council to request cancelling the warplanes coming to Burlington and to request quieter military equipment.

In order for the petition to be successful, it has to garner the signatures of five percent of registered Burlington voters. That number is a moving target, said Burlington City Attorney Eileen Blackwood.

“People are registering and dropping off roll all the time,” Blackwood said.

The group sent some language to Blackwood to be sure the question was legally valid. Any advisory ballot question needs to be worded as a “Yes” or “No” questions, and must be asking for action of some sort, Blackwood said.

As of Friday, the petition has 1,212 signatures, and the group needs 1,785 by Jan. 18 in order for it to be successful, according to assistant city clerk Amy Bovee.

The petition is an effort to put pressure on city officials, Simpson said.

“The petition is based on the idea that the City of Burlington already has noise ordinances that apply to student areas and other neighborhood areas, and that the city owns the airport,” Simpson said.

“If it gets on the ballot and passes, then it becomes a political argument,” he said.

The F-35 debate is not new to city officials. Since learning that the planes were likely coming to the airport, the City Council debated the issue often. The debate culminated during a 2013 council meeting that drew a massive crowd and ended with the council defeating two anti-F-35 resolutions.

Several councilors polled at a recent council meeting said they were not interested in bringing up the F-35 debate again.

“We have since come together and moved on. I just don’t want to rehash the issue. We spent a lot of time on it,” said Dave Hartnett, I-North District. Burlington Mayor Miro Weinberger echoed Hartnett’s sentiment, saying that it’s not a debate that needs bringing up again.

“I think this decision was made a long time ago, and I have not heard a compelling reason to reopen it,” Weinberger said.

Should the petition garner enough signatures, the city council can then approve or deny the item and Weinberger has the option of vetoing the council’s decision. But a recent legal fight in neighboring South Burlington has Weinberger questioning the city’s authority to deny any advisory ballot item brought by petition.

In South Burlington, residents who are fighting a school board decision to change the team name of the South Burlington High School from the ‘Rebels’ to the ‘Wolves’ created a petition to force a public vote on the change. They got five percent of the voting public to sign the petition, but the School Board declined to take up the issue again.

In December, Vermont Superior Court Judge Robert Mello ruled that a lawsuit brought by residents against the board over its refusal to put the question to a vote could go forward.

The ruling suggests that the court could force the School Board to put the question of the team name to voters, and that any government body in Vermont that denies a similar petition could be running afoul of the Vermont constitution.

Weinberger said the city is still looking at how the decision in South Burlington could affect petitions in Burlington.

“That has raised questions about how much discretion the council would have to reject a petition,” Weinberger said. “We’re exploring the implications for that.”

Voters go to the polls on March 6. The text of the possible advisory ballot question is below.

“Shall we, the voters of the City of Burlington, as part of our strong support for the men and women of the Vermont National guard, and especially their mission to ‘protect the citizens of Vermont,’ advise the City Council to:
1) request the cancellation of the planned basing of the F-35 at Burlington International Airport, and
2) request instead low-noise-level equipment with a proven high safety record appropriate for a densely populated area?”

Thanks for reporting an error with the story, "Burlington group seeks to put F-35 challenge on March ballot"