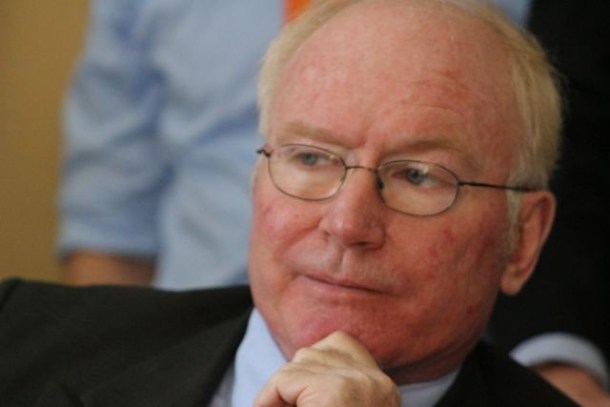 The Green Mountain Care Board on Thursday unanimously approved a $620 million budget for a group of providers known as OneCare.

The budget decision launches a five-year experiment in health care reform, in which regulators and health care providers will promote prevention and wellness. Proponents of OneCare say that if the medical system can keep people healthy, the cost of care should go down.

OneCare is a for-profit entity that will implement the new system, which combines money from three sources — the federal Medicare program, state Medicaid dollars and commercial insurance through Blue Cross Blue Shield of Vermont.

Vermont is the first state in the nation to funnel money from the federal Medicare program into system that combines funding from multiple sources.

Kevin Mullin, chair of the Green Mountain Care Board, a quasi-judicial body that regulates the state’s health care system, said the decision was “a great step forward.”

“I think we are about to cast a very large decision today,” Mullin said. “And one which we hope will work. There are no guarantees in life that anything will work, but this is a great step forward by Vermont to lead the country by trying to move away from a failed system of fee for service and toward a system that looks at the overall health care of an individual.”

The state attempted to create a universal health care system in 2014, in which all Vermonters would have access to care through one payment system. The proposal failed because former Gov. Peter Shumlin decided a single payer program would be too costly. At the time, the state had planned to use a payroll tax, Medicaid and commercial insurance money to fund universal care.

Mullin said the state could not at that time bring in money from the federal Medicare program for seniors. Now, through OneCare and a special federal program, the state can access that money. He sees it as a way to better serve older Vermonters and lower costs.

“It’s really significant because Medicare is where some of the largest dollars are, and if we can improve quality of care for our seniors and make sure that when they leave the hospital they’re getting proper home care and things like that it is a huge savings to the system,” Mullin said.

Eventually, Mullin said the board would like to increase the number of patients in OneCare who use commercial insurance.

One former Douglas and Shumlin administration official says there is no evidence that OneCare will save money, based on the company’s track record over the past three years in a state “shared savings program.” Patrick Flood, a former deputy secretary of the Agency of Human Services, said the new initiative will cede control of 70 percent of Vermont’s health care system to a for-profit entity, creating “a virtual monopoly.”

Flood is critical of the board’s willingness to allow OneCare to receive a guaranteed 3.5 percent annual increase.

Starting in January, $620 million in federal, state and commercial insurance monies will be combined and used to make flat payments to doctors and hospitals. The payments will be based on the number of patients in the OneCare program.

At this time, 122,000 people, or a fifth of Vermont’s population, will be in the new system, including patients covered by Medicare and Medicaid, and Vermont Medical Center employees.

Providers will no longer receive payments based on fees for services such as office visits, procedures, hospital stays and diagnostic testing.

Instead, a fee will be assessed for each patient in the system. Health care providers will receive $15 to $25 a month for each of the sickest patients in the system. Primary care payments will be $3.25 per patient per month.

Proponents of OneCare, an accountable care organization formed by the University of Vermont Medical Center and Dartmouth Hitchcock Medical Center in 2012, will save money because doctors will be incentivized to promote prevention and wellness. Ten hospitals are part of OneCare, which serves as a pass-through entity. Each of the providers in the system will be given a proportional percentage of the pooled federal and commercial funds for care.

Flood says OneCare is being sold as health care reform, “but in reality, it is mostly just a change in how providers are paid.”

“This plan is not designed to do one thing to advance universal health care, nor provide more coverage to uninsured people,” Flood said. “Nor will it address the real reasons why health care costs are so high and continuing to grow.”

The change is being pushed, Flood wrote in a commentary published on VTDigger, even though accountable care organizations have not saved money. And he says administrative costs under OneCare will increase.

Documents from the Green Mountain Care Board show that ACOs in a “shared savings program” have lost money over the past four years, in all but one budget cycle.

At a board meeting on Tuesday, regulators were pressed by Susan Aranoff, a policy analyst for the e Vermont Developmental Disabilities Council, to demand that OneCare provide an analysis of the shared savings program. Susan Barrett, the executive director of the board announced on Thursday that Todd Moore, the CEO of OneCare, would provide an assessment in the New Year.

Flood says that under the current plan the ACO, and the hospitals, are guaranteed a growth rate of 3.5 percent, regardless of performance. “No other service provider is guaranteed 3.5 percent growth,” he wrote.

Ken Libertoff, a former director of the Vermont Association for Mental Health, is also skeptical. He is worried that the board is not putting enough controls in place to ensure that providers meet quality targets and save money.

“This is a massive change for health care and we don’t know what it means,” Libertoff said.

He criticized the board for not assessing penalties “for poor behavior” in the health care industry, pointing to news last summer that UVM Health Network had subsidized affiliated New York hospitals on the backs of Vermont patients.

Aranoff, who is also critical of the OneCare program, said contracts with the Medicare and Blue Cross Blue Shield of Vermont should have been signed in advance of the board vote. Aranoff said there is nothing to compel Medicare to participate in the system. The state Medicaid program is the only payer on the hook at this point, she said.

Mike Barber, an attorney for the board, said Medicare and Blue Cross will sign contract before the end of the year. The two entities were waiting for board approval.

Board member Robin Lunge described it as a “chicken or egg” issue that will be resolved by January.

The board placed 23 conditions on the OneCare budget, including a requirement that the the company report quarterly year-to-date fiscal year 2018 operating results.

On Thursday, the board also approved a rate increase for Medicare of 3.5 percent for the Next Generation ACO program, a special federal program that is tied to the OneCare system.

Correction: Susan Aranoff is a policy analyst for the Vermont Developmental Disabilities Council, not the Department of Disabilities, Aging and Independent Living (DAIL).

Thanks for reporting an error with the story, "State regulator approves $620 million budget for OneCare experiment"