[W]ith only one dissenting vote, the Vermont House gave final approval Tuesday to a bill that would establish a State Ethics Commission, prohibit certain practices, and require political candidates and their spouses to disclose financial information.

Despite private misgivings by some members, the final vote was 144-1. Rep. Steve Beyor, R-Highgate Springs, cast the lone no vote. A scrum around Beyor after the vote congratulated him for having the courage some said they lacked to go against the bill. 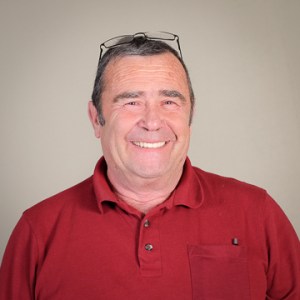 The final vote came after an unsuccessful effort to drop a requirement for spouses of political candidates to disclose their sources of income. Supporters of that amendment said asking for spousal financial information would have a chilling effect on some considering a run and involved too much personal information.

Under the House bill — and the Senate-passed version — high-level state employees and candidates for statewide office and the Legislature, as well as their spouses, would have to disclose sources of income. The House calls for ranking sources of income of $5,000 or more, while the Senate asks for sources of $10,000 or more annually.

Neither version of the bill, S.8, requests specific amounts, nor do they require disclosing detailed financial information such as the name of stocks owned.

Candidates and lawmakers would also have to disclose business interests and boards and associations on which they serve.

The Senate bill — which passed on a voice vote unanimously — calls for those filing financial disclosure forms to also include their income tax returns; the House version does not.

A conference committee will have to iron out the differences before the bill goes to Gov. Phil Scott for his signature. Another small difference between the versions involves who would select the commission members, though both chambers call on the chief justice to appoint the chair.

Supporters of the ethics commission and code say it’s needed to provide transparency and avoid conflicts of interest.

House members defeated an effort led by Rep. Paul Poirier, I-Barre, to remove spouses and partners of candidates from the bill. The vote was 109-33.

Lawmakers choose to run, and their spouses do not, Poirier said, adding that the Legislature should “leave our spouses and domestic partners alone.” Others maintained it was important for the public to know the source of income for spouses and partners to avoid conflicts of interest when lawmakers vote.

If the two bodies can agree, the law would set up a five-member ethics commission with a part-time executive director that would take in complaints and funnel them to another agency to investigate, such as the attorney general or state Human Resources Department. The commission would receive a report back on what happened with the complaint and would compile a report for the Legislature on the number and type of complaints received.

Under the bills, lawmakers and high-level state employees would not be allowed to become lobbyists for one year after they leave office.

The proposals also restrict holders of no-bid contracts of $50,000 or more from making campaign contributions to certain candidates; those candidates, in turn, would not be allowed to accept those contributions.

Advocates for a stronger bill, including Secretary of State Jim Condos, say the commission is too weak and should have investigatory and enforcement powers. Supporters of the current measure argue there may not be a need for a full-blown commission and that if warranted, it can be beefed up later.

Those who support a limited commission also argue the state has little extra money. The commission will have a budget of approximately $100,000 a year. Condos said his proposal would cost about $300,000.

The House has provided funding for the commission for three years, the Senate for two.

Vermont is one of five states without a state ethics commission or code of conduct.

Ethical complaints about lawmakers would be sent to each chamber’s own already established ethics body. As the proposed State Ethics Commission would, those entities keep complaints anonymous unless a specific action is taken. The commission’s records would be exempt from the public records law.

Thanks for reporting an error with the story, "House passes ethics commission bill with some reluctance"