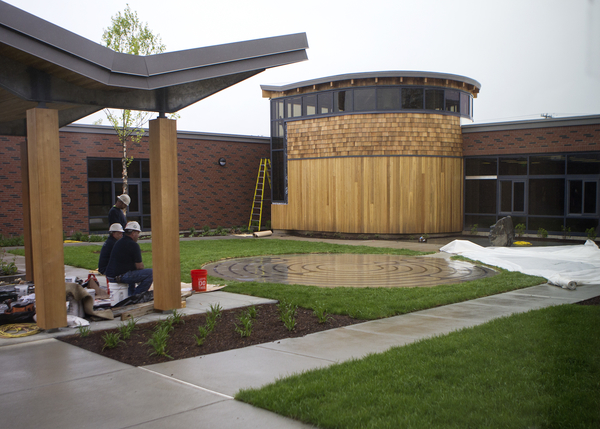 (Editor's note: In late February 2017 the state lowered its figure for the number of involuntary adult admissions in fiscal 2016. A story reflecting the new number is here. Officials said all other facts relating to trends in inpatient care remain the same.)

[V]ermont is seeing an uptick in involuntary psychiatric admissions to hospitals, according to the Department of Mental Health.

Involuntary admissions of children are higher than in 2011, when Tropical Storm Irene forced the closure of the Vermont State Hospital, data from the department show.

And because Vermont’s mental health system has not added beds for psychiatric hospitalizations in recent years, patients continue to be held in emergency rooms for days while they await proper placement — a phenomenon that does not appear to be slowing down.

There were 627 adult involuntary hospitalizations in fiscal year 2016. (The state later revised that figure to 512.) By October 2016, an average of seven adult patients were waiting in an emergency room each day and had been there for more than three days on average.

Additionally, there were 388 voluntary hospitalizations of children in fiscal 2016. That’s the highest number since 2011, the earliest year when data are available. Advocates say many of those children are also waiting in emergency rooms before getting into the Brattleboro Retreat, the only place in the state with beds for children. There were 33 involuntary admissions for children during 2016.

“We’ve made this one of our top advocacy priorities because of the number of calls we’re getting, from a lot of families,” said Kathy Holsopple, the executive director of the Vermont Federation of Families for Children’s Mental Health.

“Their kids are sitting in emergency rooms for days or even weeks,” Holsopple said. “Could you imagine going with a broken leg and waiting for a couple days or a week to get the help you need? It just doesn’t make any sense.”

Dr. Robert Pierattini, the chair of the Department of Psychiatry at the University of Vermont College of Medicine, said there is “a surge of mental health need” in Vermont that cannot be explained by temporary factors like the closure of the Vermont State Hospital in 2011. 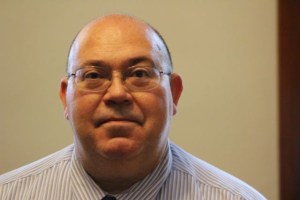 Frank Reed is commissioner of the Department of Mental Health. File photo by Erin Mansfield/VTDigger

“I have talked to many people, and although we can’t prove it, we think that we are seeing more people in need in general, and that the people we are seeing have a higher level of need, and that might be part of why you’re seeing a higher number of involuntary admissions,” Pierattini said.

Mental Health Commissioner Frank Reed said the number of people getting involuntary treatment and their backlog time in emergency rooms are both up because caretakers have become more cautious with their patients and less inclined than in previous years to release their patients into the community too soon.

Reed said there are three main reasons for that hesitation: a Vermont Supreme Court decision that makes mental health providers more likely to face negligence charges if they release someone improperly; incidents in which people in psychiatric crisis die when they interact with law enforcement; and a nationally growing view that mental health issues cause violent crime.

“The system works really pretty well when we have fluid movement, when people have normal course of hospitalization, and they’re able to transition to lower levels of care,” said Mourning Fox, the mental health services director for the Department of Mental Health.

“When people are fearful about discharging to the lower level of care, that kind of puts a big kink in the whole system,” Fox said. He pointed to a team of care managers at the Department of Mental Health whose sole job is to get patients admitted or discharged. “And believe me: They’re busier now than really they ever have been.”

Mental health advocates have said for years that there are not enough so-called Level 1 beds in Vermont. Those are the 45 beds spread across the state for adults in the highest level of psychiatric crisis and who the state has decided would hurt themselves or someone else if they were released.

Before Tropical Storm Irene caused severe damage, the Vermont State Hospital in Waterbury had 54 Level 1 beds. When the state replaced that facility, the Department of Mental Health spread just 45 beds among the Vermont Psychiatric Care Hospital in Berlin, Rutland Regional Medical Center and the Brattleboro Retreat.

Despite pressure from advocates, Reed and his colleagues have been reluctant to call for more Level 1 beds. In 2015, Reed told VTDigger: “We are within range to make the 45 beds work. It is getting that flow fine-tuned. It’s a little premature to say we don’t have enough.”

But he’s now calling for more state-funded beds that would allow patients to “step down” from the Level 1 beds into a lower level of care. He’s adopted the term “subacute level of care” to refer to that new type of bed he is seeking. 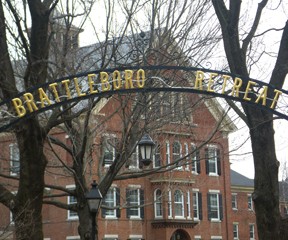 Reed said providers right now keep trying to get their patients the highest level of care — Level 1 beds — when it may not be necessary. As an example, he said 1 in 3 patients can be discharged after getting an emergency evaluation, but only about 1 in 5 are actually being discharged.

“We have people waiting days now just for that (emergency evaluation), when they don’t necessarily continue to meet criteria, or there’s a difference of opinion about criteria being met,” Reed said. “Until they can agree, that person is stuck in the system.”

Reed said the state could build another “subacute level” facility similar to the Middlesex Therapeutic Community Residence — a temporary secure facility with seven beds that helps patients step down from being held in psychiatric hospitals to being treated through voluntary, community-based mental health care.

Reed said the state — not hospitals — needs to build the facilities because involuntary patients present hospitals with a very high liability. “Frequently the hospitals will say their acuity is too high to take more involuntary admissions,” and they “tend to see involuntary as the responsibility of the state,” Reed said.

Pierattini, from the UVM College of Medicine, said he supports the idea of building a new residential facility. In the past, he said some were skeptical that the system needed more capacity because the hospital in Berlin was not fully staffed, or because technology for managing care was still having bugs worked out.

“I think now, December of 2016, that hospital is open,” he said. “All of the available beds have been opened. The care management system is probably functioning as best as it can. And we still have a lot of people in our Emergency Department.”

Pierattini said 12 patients were waiting in the UVM Medical Center’s emergency room on a single day the week of Dec. 12. “These numbers are significant, and I don’t think there’s any question anymore that we have a problem and we have people waiting because we don’t have beds for them,” he said.

Jeff Tieman, the chief executive officer of the Vermont Association of Hospitals and Health Systems, said the association has a mental health task force that meets regularly to address psychiatric challenges at hospitals.

“We all need to be at the table, ready to go into the solutions and ready to chip in,” Tieman said. “There’s hospitals, there’s other providers, there’s social service organizations. All of them need to be involved in developing the solution and paying for it.”

Pierattini said the issue isn’t as much about hospitals’ willingness to take patients, but their capacity. He said the UVM Medical Center, for example, already accepts patients who need to “step down” from Level 1 care into a lower level of treatment.

“We don’t have any additional beds, so everything that’s currently available is in the mix,” Pierattini said.

Vermont has faced a shortage of psychiatric beds for children since at least June, when Cheshire Medical Center in New Hampshire shut down its children’s psychiatric department and Champlain Valley Physicians Hospital in Plattsburgh, New York, scaled back its unit.

The only facility in the state that hospitalizes children in psychiatric crisis is the Brattleboro Retreat, where there are 26 beds for children and 96 for adults. Champlain Valley Physicians Hospital in New York — part of the UVM Health Network — has 12 beds for children, but currently only six are open.

Louis Josephson, the chief executive officer of the Brattleboro Retreat, said the children who are being hospitalized involuntarily are in the highest need he’s ever seen. Many of their situations, he said, are worsened because of long stays in the emergency room.

“The acuity of the kids, the psychiatric needs of these kids, is higher than ever,” Josephson said. “So (there are times) in both our child and adolescent units where we can’t admit another child, even though we have another bed,” because the kids are so “out of control, dysregulated, aggressive and self-harming” that they could disturb each other.

He pointed to a situation in which a young boy was being voluntarily hospitalized and was held in an emergency room while he waited for a bed at the Brattleboro Retreat. Within three days of being confined in the emergency room, the boy started acting out, according to Josephson, and his case was switched to involuntary status.

The change meant when the boy was finally transported to Brattleboro, he had to be accompanied by law enforcement, instead of his family, according to Josephson. “Often they’re handcuffing kids and shackling kids and often making them feel criminalized,” he said.

Pierattini said the University of Vermont Health Network developed a strategic plan to recruit more child psychiatrists to the area and generally address child mental health. He said he hopes to recruit additional staff to open more beds in Plattsburgh by July.

“We do have kids waiting in emergency departments,” Pierattini said. “We hope that what we’re doing in Plattsburgh is going to help the people in northern Vermont.”

Correction: A previous version of this story incorrectly stated the number children who were involuntarily admitted during 2016.

Thanks for reporting an error with the story, "UPDATED: Involuntary psychiatric hospitalizations increase"