The changes took place Oct. 1, the first day of the hospital fiscal year. 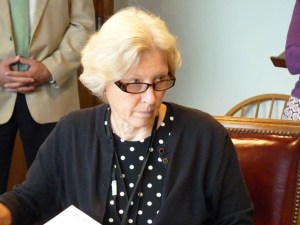 The department took action in response to the spending bill from the 2016 legislative session that required the Medicaid program to reallocate money from academic medical centers to primary care services, which are considered a priority.

Lawmakers say the Legislature approved the $4 million transfer after defeating a proposal from Gov. Peter Shumlin to raise $17 million from a new tax on independent doctors and dentists and then put $4.8 million of that money toward increased reimbursements.

The tax on independent doctors was the second attempt Shumlin made to increase what Medicaid paid for services back to the higher prices that it paid primary care doctors in 2013 and 2014.

The prices Medicaid paid for services were higher in those years because of the federal Affordable Care Act, which increased Medicaid payments for two years in order to help doctors take care of additional patients who were using Medicaid.

Scott Coriell, the governor’s spokesperson, said the transfer is an increase in Medicaid payments “consistent with the legislation the governor supported and signed last legislative session.”

Inpatient care payments for both UVM Medical Center and Dartmouth-Hitchcock will go down to $60.9 million total, a reduction of about 6 percent for each hospital.

Kitchel said the transfer was about priorities. She said that while hospitals often say they take a loss on Medicaid patients, they are then able to “cost shift” that loss over to commercial insurance companies, so they are made whole and receive the same amount of money.

In contrast, Kitchel said independent doctors also receive low payments from Medicaid, but they do not have the market power to increase what they charge commercial insurance companies. That means they do not end up being made whole, she said.

“Independent primary care docs really got hammered, and their capacity to accommodate it is very different from a very large tertiary care hospital,” Kitchel said, calling the transfer “a way of trying to address the acuity of need and priority of need within the Medicaid provider framework.”

Rep. Mitzi Johnson, D-South Hero, the chair of the House Appropriations Committee, said the Medicaid redistribution was not in the governor’s budget. She said the House supported the Senate’s language when the budget bill came back over to the House.

“It’s about trying to shift the dollars to where they are most cost-effective and have better outcomes,” Johnson said, calling primary care “the critical backbone of the health care system.”

Thanks for reporting an error with the story, "Millions in Medicaid money being transferred to primary care"