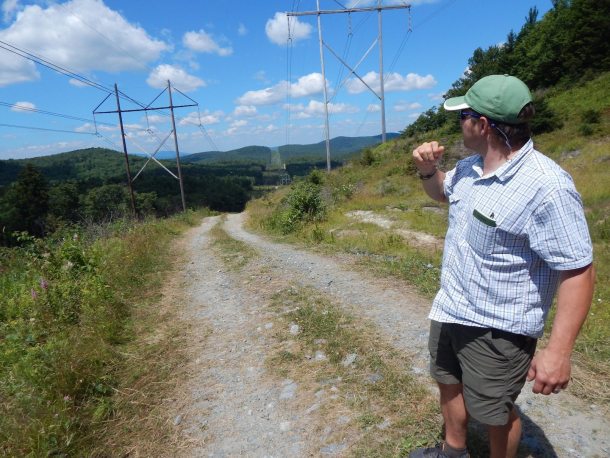 [G]RAFTON — As he gazes across the hilltops of Stiles Brook Forest, Jeremy Turner can easily recount the property's century-long history of timber production.

But Turner, who is managing forester for Stiles Brook owner Meadowsend Timberlands Ltd., also sees an uncertain future due to the effects of climate change. He lists warning signs such as stunted trees, increasing numbers of insects and a dwindling of the moose population.

That's one reason New Hampshire-based Meadowsend — in spite of vehement opposition from some residents in Windham and Grafton — is pushing a controversial plan to install 28 wind turbines at Stiles Brook.

Though the timber company has become involved in a bitter battle between anti-turbine activists and wind power developer Iberdrola Renewables, Turner continues to argue that the Stiles Brook project makes sense ecologically and economically — both for the towns and for Meadowsend.

“We have a focus on land stewardship that we feel is exemplary. We're very proud of that,” Turner says. “But we're trying to be progressive at the same time.”

It's been more than four years since Meadowsend and Iberdrola announced they were studying a possible turbine development in the 5,000-acre Stiles Brook Forest. Last fall, after gathering extensive data from meteorological testing towers, Iberdrola unveiled plans for 28 turbines capable of generating 96.6 megawatts of electricity.

In terms of the number of turbines and power output, Stiles Brook would be Vermont's largest windmill site.

Project opponents, led by groups in Grafton and Windham, say the turbines could hurt property values, the environment and, most importantly, human health. The town of Windham consistently has lobbied against the project and recently asked Iberdrola to drop its Stiles Brook proposal.

But advocates for the project say it would provide clean, renewable energy while bringing big financial benefits — a combined $1 million annually — to the two towns. Iberdrola also has sharply disputed opponents' health concerns. 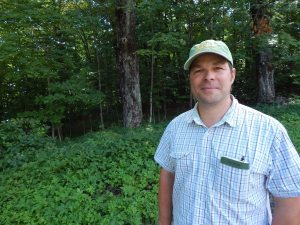 Meadowsend shares the developer's viewpoint and already has experience with turbines, hosting the 40-megawatt Sheffield Wind project in Vermont's Northeast Kingdom. Turner wants to make it clear that the landowner approached Iberdrola about wind development at Stiles Brook, not the other way around.

“We chose them,” he says emphatically.

There are two main reasons. One is economic, since Meadowsend would receive a substantial — though undisclosed — amount of lease revenue from Iberdrola.

The French family, which owns Meadowsend, has been in the timber business for five generations. And the company is a major landowner in New England, with holdings totaling about 30,000 acres in Maine, New Hampshire and Vermont.

But Turner says competitive pressures from the timber industry and the global economy have led the company to search for new revenue sources. Its leaders see wind turbines as a way to diversify the business.

“It's pretty hard to keep our business standing on wood alone, long-term, we think,” Turner says. He adds: “We want to keep this land a working forest. How do we do that?”

Turner says, however, that money isn't the only motivator for the Stiles Brook Wind proposal. As he leads a visitor around the contours of Stiles Brook forest, Turner talks about the decline of trees on the property, pointing most often to the impacts on stands of beech.

He believes a warming climate is the culprit because it brings tumultuous weather patterns, which cause stress for trees, and more insects, which can damage them.

On a related note, Turner says moose — once so plentiful at Stiles Brook that they were consuming vegetation at a problematic rate — are now seen “less and less” on the property.

Wind power, advocates say, is one way to decrease reliance on fossil fuels and thus slow the pace of climate change.

“As a landowner, we see the effects of climate change in real time,” Turner says. “It motivates us even more to be a leader on that front.”

Combating climate change could happen at Stiles Brook without fundamentally changing the property itself, Meadowsend argues. Administrators point out that the forest already is bisected by a 300-foot-wide power line corridor, and they say the wind project would require a relatively small amount of new impervious surfaces. 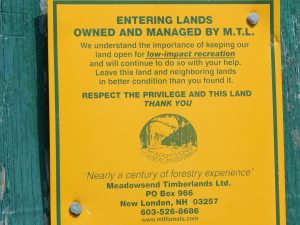 Furthermore, Meadowsend pledges that the property would remain open for public recreation like snowmobiling, hunting and fishing. “We've had this land for two decades and have always kept it open to the public,” Turner says.

Representatives of both Iberdrola and Meadowsend also say they've worked to minimize the visual and noise impacts of the proposed Stiles Brook turbines, in part through strategic tower placement. If the project moves forward, it will be up to the state Public Service Board to consider such impacts during the permit process for a certificate of public good.

But opponents already have expressed skepticism about Iberdrola's early studies of visual and noise impacts. And the Selectboard chairmen in Windham and Grafton — both of whom are outspoken opponents of commercial turbines — say they no longer consider Meadowsend a good land steward due to the company's pursuit of a large-scale wind project.

“As far as we know, they're making a good profit on this land,” said Ron Pilette, Grafton Selectboard chairman. “These sorts of projects give them a chance to make a killing on the property. This has nothing to do with them being a good neighbor.”

While there has been much ire directed at the project's proposed developer, “the problems and the divisiveness we're experiencing here isn't all to be laid at the feet of Iberdrola,” Pilette said. “(Meadowsend has) been pushing this and pushing this for years.”

Seawright contends the company is ignoring concerns about stormwater management, flooding and wildlife impacts, to name a few. “I truly do believe this is an inappropriate site for (turbines),” he said. “I think it will be injurious to the town and to our neighbors.”

Iberdrola spokesman Paul Copleman said his company will continue to counter such arguments and has no intention of walking away from Stiles Brook.

“We feel it's perfectly appropriate to talk about the long-term community benefits,” Copleman said. “It's a challenge, but one we're going to keep plugging away at.” 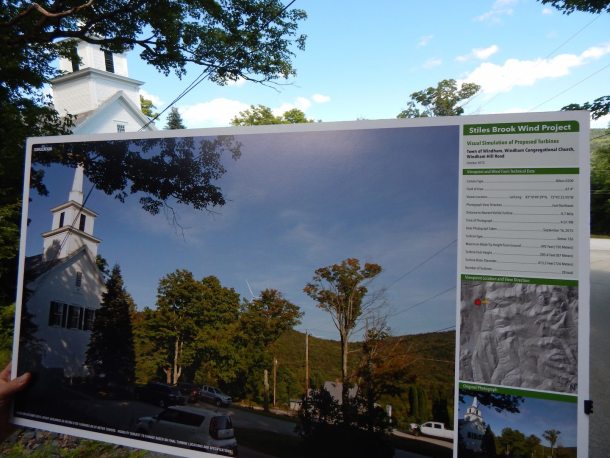 A visual simulation held outside the Windham Congregational Church shows a developer's projection of the visibility of proposed wind turbines at that site. Turbine opponents contend the blades may be much more visible. Photo by Mike Faher/VTDigger

Thanks for reporting an error with the story, "Timber company key player in controversial turbine plans"