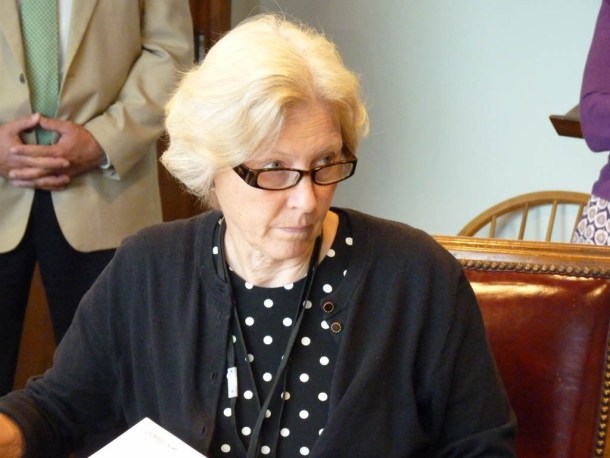 (Editor’s note: This story was updated April 24 after the state released corrected figures for the fee bill.)

The lion’s share of the Senate’s revenue package is generated by the miscellaneous fee bill. The Senate version removes an increase in the employer assessment for uninsured workers, as well as a hike in bank taxes.

The fee bill, which passed on a vote of 6 to 1, raises $26.87 million. Roughly $23.7 million of that revenue goes to the general fund, and the remaining $3.1 million goes to special funds.

The majority of the revenue comes from an increase in the fees charged to mutual funds, a proposal that was part of Gov. Peter Shumlin’s budget.

The House revenue package increased the annual fee mutual fund companies pay from $600 to $2,000 for an initial filing fee and $1,500 in subsequent years. Senate Finance kept that proposal intact.

The Senate Finance proposal also raises $2.4 million through an increase in fees on brokers and investment advisers.

Meanwhile, the revenue bill generates roughly $3 million in general fund revenue. About $1 million comes from enforcing the rooms and meals tax on AirBnB rentals, and much of the remainder comes from changing filing deadlines from quarterly to monthly. That bill passed on a vote of 5 to 1, with one member of the committee absent.

The budget package the Senate Appropriations Committee passed Friday afternoon fully funds the contract for state employees recommended by the Vermont Labor Relations Board in a decision earlier this week.

The contract gives state workers an across-the-board raise of 2 percent in FY 2017 and 2.25 percent in FY 2018, in addition to routine, or step, increases related to longevity of service in state government. The increase will cost $9.5 million in FY 2017.

From the House budget bill, the committee maintained a 2 percent rate increase to Vermont’s designated agencies to fund cost of living raises for workers, as well as an increase in funding for childcare subsidies. The committee reduced an appropriation to the Vermont state college system by a quarter, to $600,000.

After pondering a lengthy list of possible budget additions, the committee opted to fund several items, totaling $2.5 million. The appropriations include:

The committee made nearly $3 million in cuts and reductions to the House and governor’s proposed budgets, including:

The Senate will hold a token session Saturday, to advance the calendar. The chamber will convene on Monday to vote on the money bills.

Thanks for reporting an error with the story, "Budget and tax packages finalized, vote on Monday"