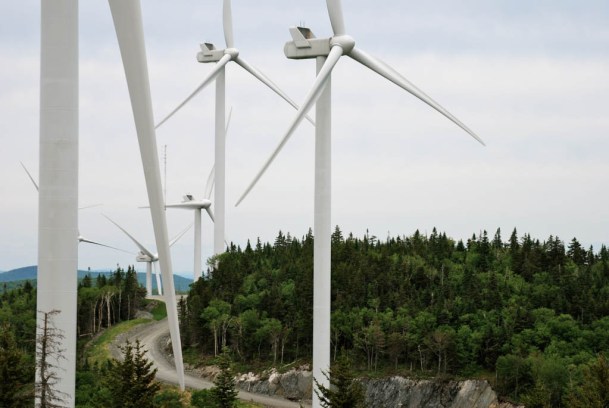 [V]ermont’s first mandatory renewable energy standard cleared the Senate on Wednesday, but lawmakers are poised to present controversial changes to the legislation that would limit the locations where wind projects could be built.

The renewable energy bill, H.40, puts the state on a course to increase the amount of renewable electricity generated and sold in Vermont. It also avoids a potential rate increase in 2017 that would likely have been created by legal issues in Vermont’s current renewable energy incentive program, known as SPEED.

The renewable energy standard, or RES, is intended to reduce electricity rates even as the state builds more renewables. It would encourage residents to use electricity to power their vehicles and heat their homes. Aside from savings on fossil fuels, the increased revenue for utilities could be used to lower electric rates, state officials say.

The Department of Public Service says the bill requires the equivalent of 25 to 30 megawatts of new solar production to be built each year from 2017 to 2032. About 42 megawatts of solar was permitted in 2014. Utilities are looking at both traditional and emerging renewable energy technologies to meet the requirements.

Green Mountain Power, the state’s largest utility, is planning to build a manure-to-energy facility in St. Albans, known as a manure digester, to meet part of its requirement, according to Robert Dostis, director of government affairs at GMP.

“The hope is within two years, the first one will be up. But we see an opportunity for many more along Lake Champlain as a way to keep phosphorus and pollutants out of the lake,” Dostis said.

Utilities will also be required to reduce their customers’ fossil fuel consumption by replacing those sources for heating and transportation. The requirement targets Vermont’s dirtiest energy sectors that account for three-quarters the state’s greenhouse gas emissions. Offering subsidies and financing for heat pumps and weatherization are examples that would qualify for compliance. But the law is intended to be vague on specifics, or “technology neutral,” in order to spur innovation.

David Hallquist, CEO of Vermont Electric Cooperative, hopes to receive credit by powering sap boilers with electricity rather than wood, oil or propane.

“We have a significant number of maple producers on our systems. We are going to to provide alternatives … if you don’t have to use wood, oil or gas, it makes it pretty easy to make syrup,” Hallquist said.

Despite goals that require the growth of new renewable energy projects, towns and advocates say lawmakers have not taken up meaningful legislation on how and where to better build solar and wind projects.

Hallquist said the state may need to revisit its renewable energy goals if communities continue to push back against renewable energy developments. To meet the statutory goals, he said, the utility will look to build wind farms.

“Wind for us is easier, but it might not be easier for the public to swallow,” Hallquist said. 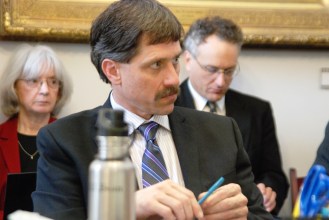 Rodgers plans to present an amendment Thursday that would require the Public Service Board to give stronger weight to local concerns when permitting wind projects. “Substantial deference” would be given to towns and regional planning commissions when permitting projects, he said.

He said the Northeastern Vermont Development Association recently received a call from a developer who wants to build a two-turbine wind project. The planning commission opposes wind, and Rodgers’ amendment would likely stop the project from being built.

“We’ve made no improvements in the way wind plants are sited, and quite possibly under this bill, two-turbine plants could be popping up all over this state,” Rodgers said. “It’s another issue that I don’t think we’ve planned for, or are prepared for.”

But Dylan Zwicky, clean energy associate for the Vermont Public Interest Research Group, said the provision could have unintended consequences.

“It would significantly change the way that we permit energy in this state. Our belief is that electricity, especially clean electricity, is a statewide public good,” he said. “Transmission, generation and infrastructure that allows that to happen extends beyond the border of any town. And that’s why there is an entity looking at energy planning from a statewide perspective.”

Local zoning does not apply to energy generation projects and towns say there is no public process for permitting projects. On Town Meeting Day, 38 towns signed a resolution saying the Public Service Board routinely ignores input and evidence offered by Vermont municipalities. They called on the Legislature to pass laws that would give towns a “more meaningful role” and to require that projects comply with “appropriately-developed municipal siting standards.”

Zwicky said there is room for public input in the permitting process, and projects have been adjusted at the request of towns. He said some steps can be taken to improve the siting process, such as giving towns automatic party status in Section 248 permit proceedings, which is contained in the bill.

“But with regard to ‘substantial deference,’ that is shifting the balance too strongly to parties that might not have the general good of the state in mind when they are making a decision,” he said.

“It’s clearly not everything we want, but it’s a step in the right direction,” said Karen Horn, the director of public policy and advocacy for the Vermont League of Cities and Towns.

Thanks for reporting an error with the story, "Renewable energy law may face late hurdle"