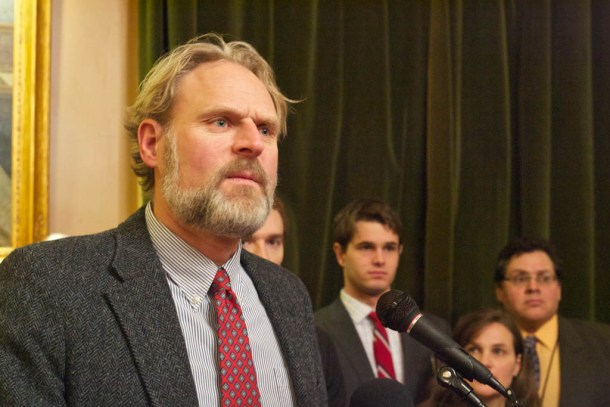 Environmentalists say the Shumlin administration is putting off pollution control measures needed this year to restore the state’s waterways.

In his inaugural address, Gov. Peter Shumlin said the state is “losing the battle on clean water.” The governor promised tougher penalties for polluters, and his administration proposed $15 million in funding to clean up the state’s waterways.

Shumlin’s message was celebrated by environmentalists. But two months later, many of the same supporters say the state’s cleanup plan is insufficient to achieve state water quality standards.

“It really doesn’t do much of anything to deal with the several agricultural problems that are present in the most polluted watersheds in Lake Champlain,” said Chris Kilian, vice president and director of the Conservation Law Foundation.

Kilian is among those urging Agriculture Secretary Chuck Ross to require pollution control measures on farming operations in the state’s most impaired watersheds, including Missisquoi Bay. But Ross rejected a petition by CLF and opposed legislation that would require the agency to order farmers to reduce manure runoff in these watersheds.

But CLF and the agriculture agency agree that runoff from farms is the leading source of phosphorus pollution in Lake Champlain. In Missisquoi Bay, agriculture runoff accounts for 64 percent of the lake’s phosphorus pollution. Blue-green algal blooms cover the shores of the bay for months out of the summer. When the blooms break down, they release toxins that have caused fish kills and beach closures, and could threaten drinking water supplies.

Larry Myott, of the Lake Carmi Campers Association, is a retired UVM Extension associate professor who grew up in Franklin.

“I see dairy farms everywhere,” Myott said. “You see the rivers running into the lake and they are deep dark brown. Same thing with the Missisquoi River. It’s a tremendous amount of runoff. When Lake Champlain floods, it floods all of those fields. And what does it take when it recedes? It takes the topsoil.” 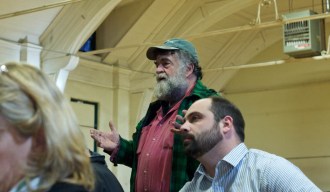 Richard Longway of Swanton co-owns a 450-head dairy farm. During a public meeting in St. Albans in January, he question the effectiveness of his investments designed to improve water quality. Photo by John Herrick/VTDigger

Federal regulators say the state has not fully addressed the issue of manure runoff. The Environmental Protection Agency is requiring the state to reduce the amount of phosphorus entering Missisquoi Bay by 75 percent. The state has not shown it can achieve achieve these reductions, according to models by the EPA. The state also does not know how long it will take for Missisquoi Bay and South Lake to recover to state water quality standards.

According to Stephen Perkins, director of the EPA’s Office of Ecosystem Protection, the state will need to do more to address agriculture runoff.

“We’re heading down that path anyways because the targets up there are essentially going to require all the BMPs (best management practices) that they know of,” Perkins said of the lake segments.

Perkins could not comment on whether the proposed additions to the state’s accepted agricultural practices, or AAPs, would be enough to achieve water quality standards.

“It looks right so far,” he said. “The Agency of Agriculture is going to have to fill in more details and be more specific when they actually do the AAPs.”

But the water quality bill, H.35, says the Agency of Agriculture will develop standards for manure stacking, livestock exclusion and tile drainage by next year. Kilian said this does not provide EPA with the assurance it can complete the task.

“There is no plan on the books or under consideration that would get us to meeting water quality standards,” he said. “We need the highest level of practices feasible in the Missisquoi Bay.”

EPA is expected to issue a proposed ruling in the state’s cleanup plan this spring. State officials are confident the the state’s plan, known as the Phase 1 Implementation Plan, will achieve the necessary phosphorus reductions.

The Conservation Law Foundation last year petitioned the Agency of Agriculture to require certain farms in Missisquoi Bay to adopt more rigorous pollution control measures. But Ross denied the petition in November, citing the lack of resources, among other reasons. CLF later appealed the decision to the Environmental Court.

Ross agrees the state must address agriculture pollution. But he said the state is following the schedule of the implementation plan. 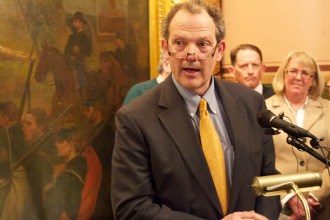 Agriculture Secretary Chuck Ross speaks at a news conference at the Statehouse in January, where officials announced grants for Vermont farmers and foresters to improve water quality. Photo by John Herrick/VTDigger

David Mears, the commissioner for the Department of Environmental Conservation, asked the secretary to approve the petition last summer. But he later said he supports Ross’ decision.

“It’s a form over substance question. They’re just not doing it in precisely the way the petition required. But the underlying goals are the same,” Mears said. “That’s why I support the secretary’s decision.”

But Kilian question’s whether the state is committed to the cleanup.

“I don’t think there is any demonstrated track record that we do share the same goal,” he said. “Actions speak louder than words.”

Among the reasons Ross denied the petition was because it was not clear on the scope of his work.

“It means I have to go assess every farm, every parcel, and make a determination about what’s going on and what would be the appropriate thing to do. We will do that where its necessary — and necessary is defined where we think we will have the biggest bang for our buck,” he said.

But the petition said the agency should identify areas where pollution runoff is greatest. This is described in a report by Stone Environmental Inc. that identified critical source areas based on the amount of phosphorus flowing from farms.

“We never ever said everyone should be required to do every best management practice everywhere. We’re saying the study should be used on the ground and not sitting on a shelf collecting dust,” Kilian said.

But Ross also said the state just doesn’t have the resources.

“The problem has been that we collectively as a state have talked about wanting things done but we have not provided the resources to get it done,” he said. “We’ll commit to what we can do with the capacity that we are given.” 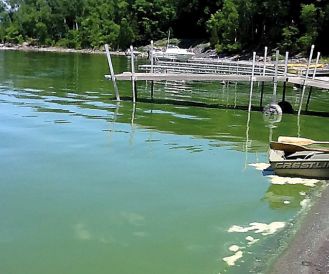 Lawmakers are considering legislation that includes enough money to fund six new staff at the Agency of Agriculture. The agency currently has five staff in its water quality program. Meanwhile, the state this year secured $60 million in federal grant money for conservation projects on farms. In year’s past, however, the state has sent grant money back to Washington, D.C.

If the agency can’t enforce state water quality regulations, then it should pass the responsibility to the Agency of Natural Resources, Kilian said.

“He’s saying we don’t need the petition and we can’t do it,” Kilian said. “That means we should find somebody else to do it. Its always been our position that ANR is better suited for this sort of work. This is just one more indication that the Agency of Agriculture just isn’t up to task.”

Thanks for reporting an error with the story, "Environmentalists say Shumlin is backing away from stringent water qu..."