Senators on Monday approved a proposal for a bureaucratic shuffle that has alarmed some state health officials.

The Senate OK’d a budget amendment that would transfer oversight of the state office that runs substance abuse programs from the Health Department to the Department of Vermont Health Access, which manages the state’s publicly funded health insurance programs.

The switch of the program away from the Health Department is not final because the budget has not passed in final form.

The Secretary of Human Services, whose agency oversees both departments, opposes the proposal, as does the health commissioner. 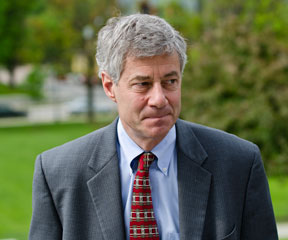 The Office of Alcohol and Drug Abuse Programs, known as ADAP, works with the Department of Vermont Health Access (DVHA) to run the state’s new hub and spoke substance abuse treatment and recovery system, which officials say is extremely successful and a national model.

Racine said ADAP and DVHA work well together and a shuffle will cause more harm than good. Administration officials were not consulted about the idea, he said.

“I was not aware they had any issues with ADAP,” Racine said.

The proposal to move ADAP is an amendment to the fiscal year 2015 budget. The Senate on Monday gave the budget preliminary approval. 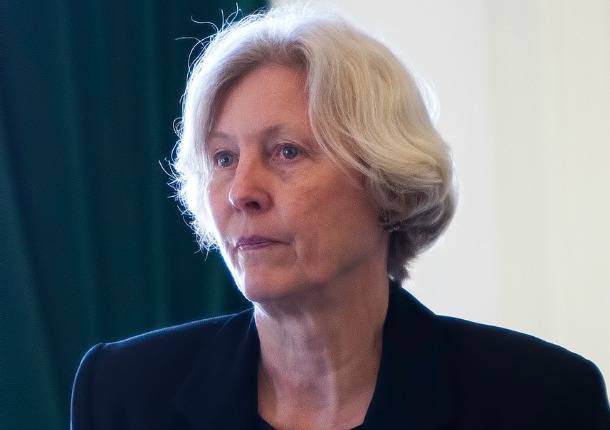 Senate Appropriations Committee Chairwoman Jane Kitchel, D-Caledonia, presented the amendment to her committee last week. Kitchel on Monday said the switch has to do with the source of ADAP’s funding, as well as promoting accountability.

Much of ADAP’s funding comes from DVHA. Administration officials have said they expect DVHA to save $6.7 million next year by treating substance abuse patients through the hub and spoke system, which links methadone-dispensing hubs with local doctors and outpatient services.

Administration officials proposed to transfer that savings to ADAP to reinvest it in substance abuse programs. As the Senate Appropriations Committee considered that potential transfer, the committee floated the idea of transferring ADAP to DVHA instead, Kitchel said.

“The programs move, it’s just we’re putting all the funding together,” she said.

The hub and spoke system builds on the state’s Blueprint for Health and Community Health Team programs, which are run by DVHA, Kitchel said. DVHA also pays for much of the addiction treatment medication, she said.

The transfer will streamline the treatment process and create more accountability and flexibility, she said. It should also result in better care for patients, she said.

“What we’re trying to do is what is the best programmatic and functional alignment to manage the policy, manage the development of treatment and not fracture it,” Kitchel said.

She is aware that the Agency of Human Services opposes the proposal.

“Organizations find it very difficult to change, and ADAP has been in a variety of places,” she said.

Racine said he intends to talk to Kitchel to learn more.

“It is a proposal that could be very disruptive to the substance abuse treatment system we are creating, one that we hope will serve as a model for other states,” Chen said in an email.

The amendment asks state officials to make sure the positions at ADAP that serve public health functions remain in the Department of Health. Positions and associated state and federal funding may be transferred to DVHA by June 30, 2015, the amendment says.

If there are any savings as a result of the increased spending on hub and spoke, $30,000 should be used for needle exchange programs, the amendment says.

It asks for a report to the Joint Fiscal Committee by September on the progress of the transfer. It should include a report on the impact to capacity and sustainability of residential substance abuse treatment facilities in the state, the amendment says.

Thanks for reporting an error with the story, "State officials unhappy with proposed switch in drug abuse office"

Welch votes for Covid relief bill with $960 million for Vermont

Radical changes in our social functioning are needed to mend our dangerous divisions.

Tom McKone: Away from the U.S., ‘not treated as a color, but as a man’

Welch votes for Covid relief bill with $960 million for Vermont