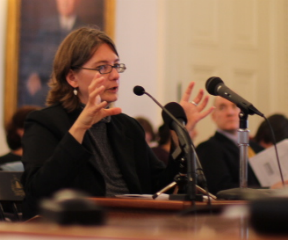 But the Shumlin administration’s top health care officials say the policy is sound.

Vermont is one of 17 states creating its own insurance exchange, and state policy requires residents buying health insurance individually or through small businesses with 50 or fewer employees to purchase coverage on the state-run market. Friday, the House committee’s leadership sent a letter to Mark Larson, commissioner of the Department of Vermont Health Access, indicating that such mandates are illegal.

In the letter top-signed by committee chairman Rep. Darrell Issa, R-Calif., the congressmen wrote: “Plans by Vermont to restrict access to the insurance market outside the Exchange violate the principle of voluntary participation in Exchanges that was codified” in the Affordable Care Act. The letter was received less than 100 days before the state is slated to open the exchange to more than 100,000 Vermonters on Oct. 1, and after more than $100 million in federal funds have been allocated to create this marketplace.

The GOP congressmen point to two parts of the “Consumer Choice” section of the act, which say that health insurers and health insurance customers should not be prohibited from doing business outside of an exchange.

The committee’s leadership wrote that they are concerned that the federal Agency of Health and Human Services “is being negligent in its duties and as a result individuals and small businesses may be subjected to additional mandates that are not supported by the statute.” Representatives from HHS declined to comment.

Darcie Johnston, director of Vermonters for Health Care Freedom and a prominent member of the Vermont Republican Party, is calling on the Shumlin administration to make the exchange voluntary for individuals and small businesses. 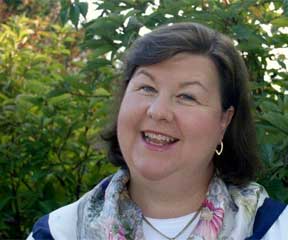 “President Obama said when the (Affordable Care Act) was passed, ‘If you like what have, you can keep it.’ There isn’t a small business in Vermont that can keep the same plan they have,” Johnston said. “If the intent of the act is what Obama said it was, then I would say the oversight committee is correct.”

Shawn Shouldice, Vermont director of the National Federation of Independent Business, has been up in arms about this provision since it was folded into Act 171 during the 2012 legislative session.

“The act very clearly prohibits compulsory participation in the exchange,” Shouldice said in a statement. “We’ve never understood how the Vermont health care exchange can compel small businesses and individuals to participate in the exchange, and we’re encouraged that finally someone in Washington is asking the same question.”

Robin Lunge, director of Health Care Reform for the Shumlin administration, refuted claims that the bill doesn’t jibe with the Affordable Care Act.

“Our legal analysis shows the state cannot lose its traditional regulatory power with the passage of the ACA as long as it provides the minimum standards of that act,” she said. “The way the U.S. Constitution is set up is that all of the powers are reserved to the states except for those explicitly enacted by Congress. That’s the premise behind the way our Constitution was structured.”

Lunge would not say who conducted the legal analysis, and she refused to release it to the public, citing attorney client privilege.

The Consumer Choice Section of the act, she said, “simply indicates that the federal law does not prohibit an outside market, but is silent on state law.”

Furthermore, Lunge, who is an attorney, pointed to a section of the law titled “No Interference with State Regulatory Authority,” which says, “Nothing in this title shall be construed to preempt any State law that does not prevent the application of the provisions of this title.”

“There are many members of Congress who oppose the affordable care act and they have attempted many times to repeal the act,” she said. “I can only speculate about the intent behind this letter, but it seems consistent with previous actions.”

The congressional letter also quoted Betsy Bishop, president of the Vermont Chamber of Commerce, as a source of opposition to the state’s mandating individuals and small businesses to purchase insurance on the exchange. But Bishop said she neither knew about her quote being used nor was it used in full context.

“Even in that quote, it didn’t oppose the exchanges, it just talked about how we’d prefer to have it established,” she said. “Our goal was to see that Vermont businesses have as many choices as allowed on the exchange and off the exchange.”

Bishop says she doesn’t attach much weight to the letter, and the chamber would work with — not against the Shumlin administration — to implement the exchange as it has been crafted into state law.

“The likelihood that the House has any sway with the Obama administration is not really much,” she said. “I think we’re on track to open an exchange on Oct. 1, and everything the chamber has done for the past year is helping businesses prepare for that.”

Thanks for reporting an error with the story, "Vermont officials defend health exchange against Republican attack"