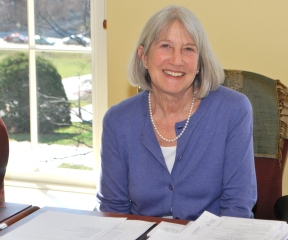 Rep. Janet Ancel of Calais is chair of the House Ways and Means Committee. Photo by Nat Rudarakanchana 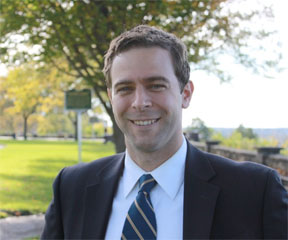 Sen. Tim Ashe and Rep. Janet Ancel, two lawmakers with strong influence over state taxes, are taking differing stances this year on how to approach the state’s more than $1.3 billion worth of tax exemptions.

Ashe, a Burlington Democrat/Progressive and newly named chair of the Senate Finance Committee, said he’d like to review tax exemptions as a potential way to raise revenue. Ancel says eliminating tax breaks would be difficult and not necessarily beneficial.

“The governor has made very clear his interest in seeing no new broad-based taxes, and to the extent he means we should sort of shake all other trees first, I absolutely agree,” Ashe said last week.

“We should achieve fairness first before thinking about raising new revenues,” Ashe said. “In the tax code we have exemptions, some of which are no longer appropriate in the modern era. We’ll take a look at those.”

While Ashe wouldn’t cite specific exemptions he’d like to eliminate or examine closely, he said there were a number, in a “wide open list,” which many Vermonters would view as major loopholes.

One example? Ashe mentioned a property tax exemption for ski lifts and snowmaking equipment at ski resorts, passed in 2002 and which cost $1.42 million in forgone revenue in fiscal 2012. “Those are things that cost real money,” Ashe said. “Every time in the case of, you know, snowmaking equipment, every time they pay less, we all pay more.”

The figure comes from the state’s 2013 tax expenditure report, a bible for state tax exemptions and how they work.

Rep. Janet Ancel, the chairwoman of the House Ways and Means Committee, is more skeptical of the elimination of exemptions as a way to free up revenue.

“I am not a person who thinks that tax expenditures are necessarily bad or that we’re going to find a whole lot of money by looking through them. Other people think that; I don’t,” Ancel said.

Like Ashe, Ancel had no specific exemptions in mind that she’d commit to reviewing at this stage.

“I’m not in favor of creating new expenditures for the most part,” added Ancel. “There may be some that we can eliminate – I don’t know. I have always found it’s very difficult to take something away from someone once they have it.”

Gov. Peter Shumlin must submit a tax expenditure budget recommendation within two weeks, which this year must cover economic development exemptions, including those in business, investment, and energy areas.

Each year, House Ways and Means and Senate Finance must review a third of the state’s tax exemptions in detail, said Ancel. This policy, created thanks to an act passed last year, seeks to give lawmakers more time and energy to scrutinize these complex tax expenditures.

Previously, lawmakers had to review all the exemptions, which come to a few dozen, each session, a task Ancel described as “overwhelming.” Ancel said she plans to co-ordinate with Ashe on the topic, though they haven’t discussed it in detail yet.

One popular income tax credit has made headlines recently, as the state’s largest income tax exemption, the earned income tax credit, has been suggested by the Shumlin administration as the best source for a $16.7 million investment in childcare subsidies.

The 2013 report says tax expenditures have come under more scrutiny in recent years, adding that budget pressures in the state have played a role in this, aside from concerns about transparency and good policy. 44 states and Washington, D.C., release tax expenditure reports.

Thanks for reporting an error with the story, "Two key legislators have differing views on tax exemptions"