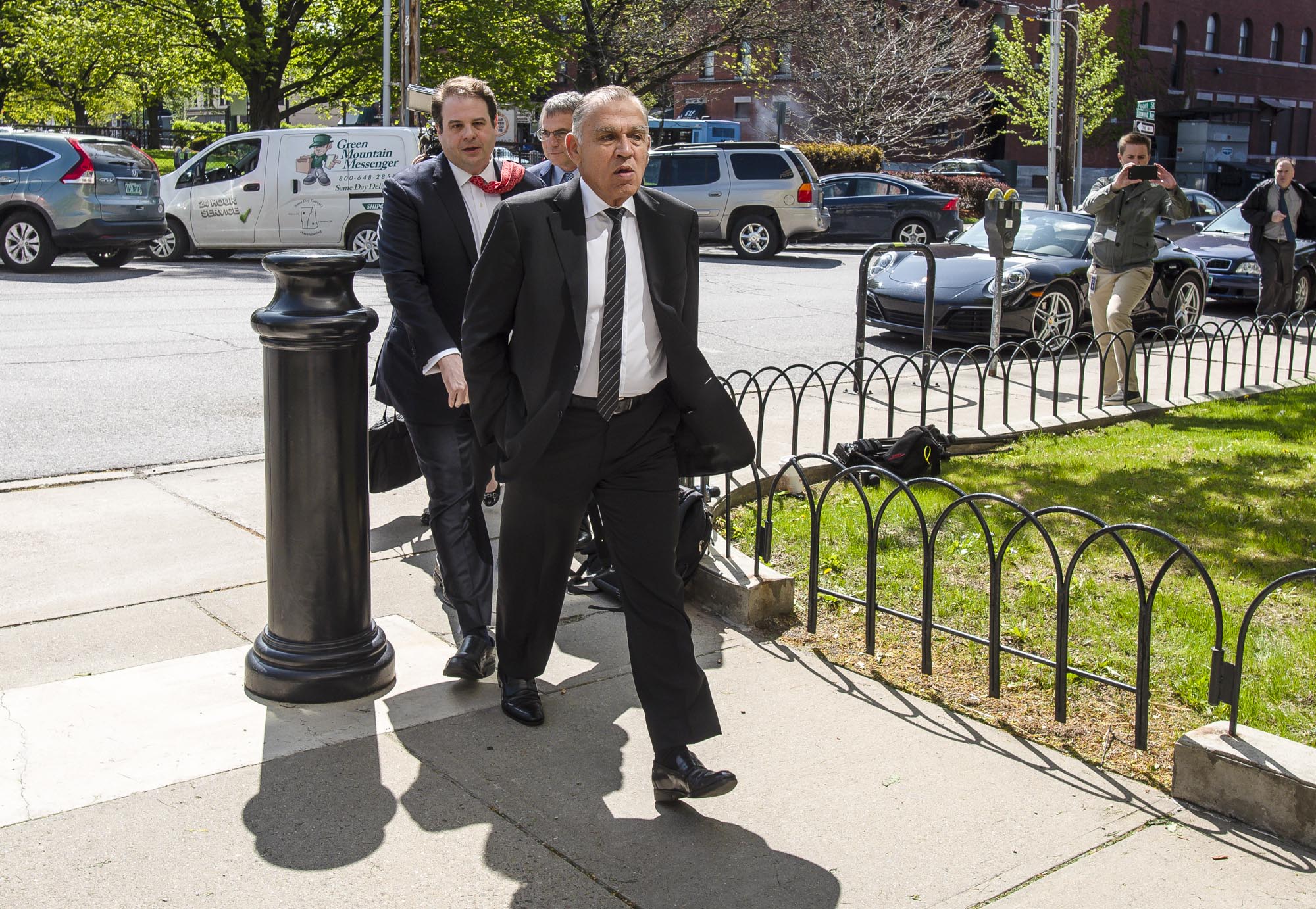 Ariel Quiros is shown arriving at federal court in Burlington May 22 for his arraignment on charges pertaining to the EB-5 fraud case. Photo by Glenn Russell/VTDigger

Another property that belonged to the indicted former owner of Jay Peak is about to be sold, this time a vacant lot in town that was damaged by Tropical Storm Irene in 2011 and is being eyed for a dog park if the sale goes through.

Michael Goldberg, the court-appointed receiver overseeing the assets at the center of the Jay Peak investor fraud scandal, wrote in a recent court filing he has a deal in place to sell a property formerly owned by Ariel Quiros at 267 Revoir Flats in Jay for $25,000.

The property was turned over by Quiros to the receivership after the former resort owner reached a settlement in a civil lawsuit brought by the U.S. Securities and Exchange Commission, agreeing to surrender an estimated $81 million in properties he owned.

Those properties also include Jay Peak and Burke Mountain.

The property on Revoir Flats in Jay is considered one of the least valuable Quiros turned over as part of that settlement.

According to Goldberg’s recent filing, Quiros purchased the 13.8 acre property in January 2010 for $164,000. However, the filing stated, when Tropical Storm Irene hit Vermont in late August 2011 it “reconstructed the landscape by moving the river that runs through the Property.”

As a result, according to the filing, only 8.6 acres of the property is “usable,” with the remainder located in a flood plain.

“The Property is not suitable for construction of a residence and only has value as a recreational property,” Goldberg wrote in the filing. “The owner of the adjacent property has offered the Receiver $25,000 to purchase the Property and intends to create a community dog park on the Property.”

Goldberg had listed the property with a real estate firm for $49,000, but wrote that he is willing to accept the $25,000 offer, calling it fair and reasonable. The sale would also reduce the cost to the receivership for maintaining the property as well as having to pay the taxes, the filing stated.

How much was spent maintaining the property, however, appears in question.

“The Broker has also informed the Receiver that the condition of the Property has deteriorated,” according to Goldberg. “People have been sleeping in their cars on the Property, trash has accumulated, and the grass needs to be cut.”

According to the real estate listing, a home that was on the Revoir Flats property and damaged by Tropical Storm Irene was moved to a different location. “This would be an ideal setting to park a camper for the summer months,” the listing stated of the site.

Goldberg has previously sold off two New York City luxury condos owned by Quiros, selling them for a more than $6 million combined.

The biggest property belonging to Quiros that was part of the SEC settlement, Jay Peak resort, remains on the market.

Goldberg still needs the approval for the sale for the Revoir Flats property in Jay from federal Judge Darrin Gayles. The judge is presiding in federal court in Miami where the SEC settlement of the civil lawsuit was reached with Quiros.

That civil case was brought by the SEC in federal court in Florida because that is where Quiros resides and where many of his businesses were based. 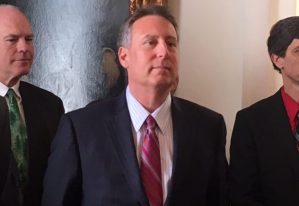 Michael Goldberg at a Statehouse news conference in April 2017. Photo by Anne Galloway/VTDigger

Quiros and his former business partner, Bill Stenger, Jay Peak’s former CEO and president, as well as two of their associates, were indicted this spring on several federal criminal counts in Vermont.

The criminal charges included counts of wire fraud and making false statements related to a proposed biomedical research center in Newport that was halted by before it ever got off the ground.

The SEC has termed that project “nearly a complete fraud.”

More than three years before the criminal charges were filed, state and federal regulators brought civil investor fraud lawsuits against Stenger and Quiros.

Those lawsuits accused the two men of misusing $200 million of the more than $350 million they raised through the federal EB-5 immigrant investor program.

That money was meant to finance several development projects in northern Vermont, including massive upgrades at Jay Peak as well as the biomedical research facility proposal, known as AnC Bio Vermont.

Both Stenger and Quiros have since reached financial settlements in those two civil actions brought by state and federal regulators. Neither of the two men admitted or denied the allegations against them as part of those civil settlements.

The criminal charges against the two men remain pending, with both pleading not guilty to the counts filed in their cases.

Thanks for reporting an error with the story, "Receiver has deal for Quiros’ lot that new owner would turn into do..."