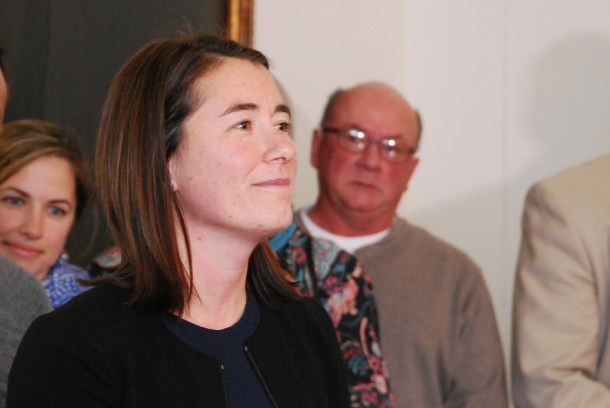 In an interview with VTDigger, George said Donovan’s decision to review the two murder and one attempted murder cases gives undue legitimacy to the “fear and misinformation” she charged Gov. Phil Scott included in his letter to the attorney general requesting the review.

“I think it gives credence to the governor’s letter, and I think it encourages the governor to do this in the future when he doesn’t like an outcome,” she said. “I don’t think that is good precedent to set.”

George said that she was not “pushing back” on Donovan’s review and stressed she has been fully cooperating in providing the attorney general’s office information about the cases. Clearly frustrated with Scott and Donovan, she expressed being “fully confident” in her decision to dismiss the cases.

In his June 5 letter to Donovan requesting the AG review, the governor said he was “at a loss as to the logic or strategy” of George’s decision to dismiss the three cases.

“The top priority of government is public safety, and I certainly don’t take this obligation lightly,” Scott wrote. “A civil society cannot function properly when a heinous violent crime is not properly adjudicated, and the public is put at risk.”

Donovan said he would conduct a “through, independent review” of George’s decision in his June 11 response to Scott.

Donovan wrote that while deference to the elected county state’s attorney was “crucial to maintain public trust in our democratic systems and institutions,” he would evaluate the cases.

“I believe that public safety is the first responsibility of government,” he wrote Scott.

The individuals whose charges were dropped are: Louis Fortier, charged with a murder on Church Street in Burlington in March 2017; Aita Gurung, charged with murdering his wife in October 2017 with a meat cleaver in Burlington; and Veronica Lewis, charged with attempted murder for shooting her firearms instructor in 2015 in Westford.

George is clearly most concerned about the governor’s response to her decision.

“For the governor in a letter, to essentially imply that I didn’t care about the rights of these victims or the input of these victims was incredibly insulting,” she said. “I think the Attorney General’s Office could have done more to address that.”

While George said she thought Scott’s letter was a political move, she said she was unsure if Donovan’s decision to review the cases was politically motivated.

Donovan is openly mulling a run for governor in 2020, a campaign which could pit him against Scott if the governor seeks re-election. Prior to being elected attorney general, Donovan served as the Chittenden County top prosecutor with George as a deputy state’s attorney.

“If it were me, I would take it as an opportunity to differentiate myself from the governor, if I was going to run against him,” George said. “TJ’s been doing this a lot longer than me, so if it was a political move, I’d imagine he thought about it. But I don’t know whether it was for him or not.” 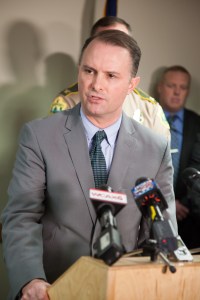 Instead of reviewing the cases, George said those resources would be better spent on the Department of Mental Health.

George is worried that Scott’s request for a review, and Donovan’s decision to do that review, will give false hope to the victims about changing the outcome.

George said she met with the victims’ families for hours to go over the process and explained to them it was the only ethical option moving forward.

“Then the governor puts out this email and now these cases are being reviewed again,” she said. “And I’m sure [the victims are] thinking, maybe she missed something, maybe we can now prosecute these cases. If ultimately at the end of the day [Donovan] says, no, we’re not going to refile them, I hope he has another conversation with all of these victims to tell them why, because I don’t think it’s fair to them.”

And if Donovan refiled the cases, George believes all three would be found not guilty by reason of insanity. The process would put unnecessary strain on the victims and their families, she said.

“It would certainly be really surprising to me if they refiled the cases, I think the law is pretty clear” and the state did not have the evidence to rebut the insanity defense, George said.

George said she was also frustrated by U.S. Attorney Christina Nolan’s move to file federal two firearm charges against Lewis. George said her office had been told from the start by the U.S. Attorney’s Office that federal charges were not an option.

“The feds wanted nothing to do with this case,” George said. “They told us she was not a prohibited person, so they could not file any firearms charges.”

George said she wasn’t sure how moving Lewis from the care and custody of the Department of Mental Health and putting her in federal custody made anyone safer.

“My objection isn’t that they charged her with charges they can charge her with, they have this jurisdiction with different charges,” George said. “It’s the way it happened that was frustrating to me.”

Donovan didn’t reply to a request for comment. Gov. Phil Scott’s spokesperson pointed to the comments of the victim in the attempted murder case as justification for his decision.

Thanks for reporting an error with the story, "George knocks Donovan decision to review dismissed cases"