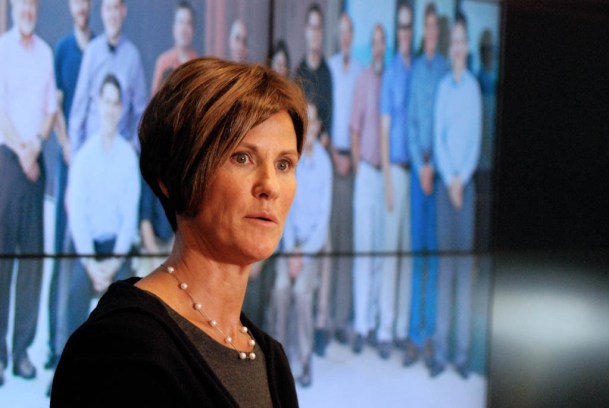 In addition to a 2.9% rate increase filed last Friday, customers will also feel a bump in the fall from a 5.43% rate hike approved last year — that hike went into effect but was offset by a one-time windfall the utility gained from federal tax cuts that it returned to customers.

The 2.9% increase is the first of three the utility will seek annually under a three-year agreement approved by the Public Utility Commission last month. Kristin Kelly, spokesperson for GMP, said the plan requires GMP to “lock in” most of its costs for the next three years, providing customers greater predictability for their electric costs.

If approved, the 2.9% hike would go into effect starting this October.

“The request is keeping things predictable, smooth and steady for customers,” said Kelly, adding that the requested increase is “in line” with inflation. Rates for the following two years could change depending on costs such as storms and other specific categories approved by the PUC.

Some of the main cost pressures facing the utility are transmission and power supply costs from the New England grid, said Kelly. GMP has also been dealing with more frequent intense storms and declining electricity sales, according to a statement from the company.

“There are a lot of costs that we just don’t control, so we’re trying to find every way possible to keep rates low and steady and stable for customers,” said Kelly. In recent years, the utility has started offering home energy storage incentives and other efforts to lower peak demand and overall electricity costs.

In a letter sent to GMP attorney Geoffrey Hand on Tuesday, Judith Whitney, PUC clerk, said that commissioners feel the utility’s proposed customer notice about the 2.9% rate increase “may not adequately describe all the changes that customers will see on their bills” this October.

In addition to the expiring tax credit, Whitney says customers will also see two new line items — one for emerald ash borer tree clearing and another for above average storm damages — on bills starting this October.

“The cumulative effect of these changes will be that customers’ bills are likely to increase by more than the 2.92% rate increase described in the proposed notice,” writes Whitney. “The Commission expects to see a revised customer notice that describes all the changes that customers will experience as a result of the revised tariffs, the (multi-year regulation plan), and the expiring bill credit.”

Kelly said the company had filed the notice as an initial proposal and would revise it per the PUC’s requests. She added that typically there is back and forth between the utility and the commissioners about what such notices say.

She added that the utility had been clear last year that the return of federal tax money “would be for a limited amount of time.”

“We’re returning all the money and once it’s returned, it’s returned,” she said. “And so that is going to be rolling off the bill in October.”

GMP and other utilities around the country had unexpected cash on hand after the federal corporate tax rate was lowered under the 2017 Tax Cuts and Jobs Act.

Kelly said that GMP had requested in the multi-year regulation plan to put the storm and emerald ash borer charges as separate line items on customers’ bills.

“It’s just a transparent way of doing things for customers,” she said. “Customers see what the base rate request is … and then when we have these other cost pressures, this is what the money is for, this is when it’s going on or off your bill.”

Jim Porter, director of public advocacy for the Department of Public Service, which represents ratepayers, said the department has to review the most recent rate request before commenting.

Thanks for reporting an error with the story, "Regulators nudge GMP to be clearer on rate hikes"