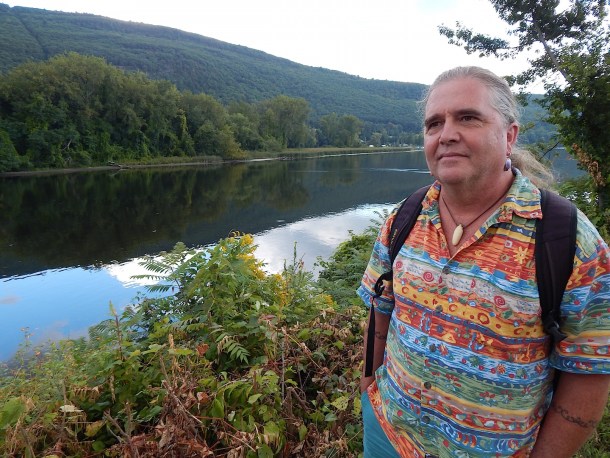 [T]he House has easily passed a measure (S.68) to change Columbus Day to Indigenous Peoples' Day. But 24 Republicans voted against the change, wanting instead to keep Columbus Day as is and add the other as a separate holiday.

The bill, approved Wednesday, was overwhelmingly passed by the Senate and now goes to Gov. Phil Scott for his signature.

In 2016, Gov. Peter Shumlin signed an executive proclamation changing the holiday's name, just for the day, and when was elected, he followed suit, signing similar proclamations in 2017 and 2018. This year’s legislative action would make that change permanent in state law.

“We aren’t erasing Columbus,” he said, “we’re completing history, adding a nuance to what discovery means.”

Rich Holschuh, a member of the Vermont Commission for Native American Affairs, has been lobbying for this change for several years, starting in Brattleboro, where he lives, and working his way up to advocating at the state level. He said the only reason the executive proclamations were signed is because he asked the governor to sign them.

Although several states and many cities and towns have made the switch to celebrating indigenous peoples, rather than Christopher Columbus, on the second Monday in October, Holschuh said only one state — New Mexico — has made the change official in state law, which it did just a few weeks ago. He noted that Maine, however, is in the same position as Vermont right now, just waiting for the governor’s signature before the change is official.

“To make a permanent change you have to stand up and be counted and say it’s permanent,” Holschuh said. “Change comes through difficulty, but this is a sign we’re moving in the right direction.”

Rep. Scott Beck, R-St. Johnsbury, was one of the lawmakers who voted against the change. He said he didn’t think it was appropriate to stop recognizing Columbus. Instead, Beck thinks Indigenous Peoples' Day should be celebrated as its own separate holiday.

“Columbus is one of the great discoverers of all time,” Beck said. “He is what really led Europeans over here, he was a big part of that. He wasn’t perfect, but I think you look at any of these people from previous centuries, even from most of the 20th century, and they’re all scoundrels when you look at them from a 21st century lens.” 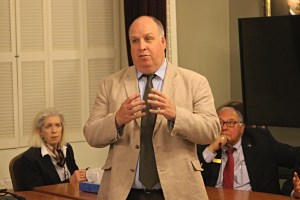 Beck said if you apply this kind of litmus test to everyone in history, then you’d have to take down the portrait of George Washington that hangs just behind the speaker of the House. He acknowledged that many people would be in favor of that, but said he thinks you have to piece together the good and the bad of historical figures, and recognize them for their overall impact.

Holschuh said he has heard this argument many times. He said he actually agrees that historical figures shouldn’t be judged by today’s standards — but he thinks people today need to be judged for the kinds of actions they think are worth celebrating.

“He did what he thought he should do, and he thought he was doing right thing,” Holschuh said. “But we now know he did not do the right thing, and it is our society that is choosing to memorialize this person whose actions are not worthy.”

Thanks for reporting an error with the story, "Lawmakers move to change Columbus Day to Indigenous Peoples’ Day"

Windham County’s EMS saga, even with a surprise resignation, may be just starting