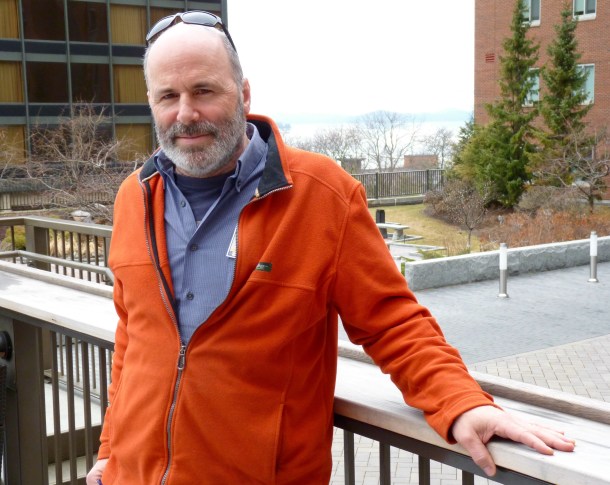 John Summa, an economics professor at the University of Vermont, is fighting to keep his job. File photo by Morgan True / VTDigger

[T]he Vermont Supreme Court has sided with the University of Vermont and the state’s Labor Relations Board in the case of a former lecturer who challenged the university’s decision to not reappoint him.

In a six-page ruling issued Friday, the court upheld the board’s decision to dismiss a grievance by former UVM adjunct faculty member John Summa. A self-described “maverick” economist who taught at the university from 2009 to 2016, Summa has fought UVM’s decision to let him go on the grounds that his ouster was fundamentally about his heterodox views and not the quality of his instruction.

But the court found that argument unpersuasive, as well as the various procedural grounds upon which Summa attempted to appeal a decision by UVM’s dean of arts and sciences not to reappoint him.

Summa had argued, for example, that the Labor Relations Board’s chair should have recused himself from the case because he was also on the board of Delta Dental, and UVM is a Delta Dental client. Summa also noted that the chair had graduated from the university’s business school.

“We discern no basis to order a rehearing on the claimed conflict of interest. Even assuming grievant’s statements are accurate, they would not compel the chairperson’s recusal,” the three-judge panel wrote.

Likewise, the court found that Summa had failed to contest that his department “supported teaching a broad range of schools of economic thought” and that a decision not to reappoint him stemmed mostly from the “manner in which he taught.”

“We find virtually no evidence in the record to support grievant’s assertion that the real reason for his non-reappointment was the Chair’s disapproval of his provocative teaching and criticism of standard economic models,” the judges said.

Summa maintains that the university’s reasons for letting him go were flimsy, and says that “damning” footage from his Labor Relations Board hearings will be included in a feature-length documentary he is producing about his case.

Summa is not without his defenders. A student petition demanding his reinstatement garnered hundreds of signatures.

In a phone interview, Summa said his legal fight could very well continue.

“There’s a possibility of appeal to the U.S. Supreme Court,” he said. “And there are also other civil complaint litigation options.”

Enrique Corredera, a spokersperson for UVM, said in a statement that the school was happy with the outcome.

"The University is pleased with the Court's decision, which upholds in all respects the Vermont Labor Relations Board's thoughtful consideration of all the evidence presented during a two-day hearing last year,” he said.

Thanks for reporting an error with the story, "High court sides with UVM in former lecturer’s grievance case"