Cary Brown, the executive director of the Vermont Commission on Women, applauded the state’s number one ranking.

“We’ve ranked pretty highly in the past, so it’s not a big surprise,” she said. “We’ve got a lot of great things going on for women in the state, and that really reflects years of investments (from) the state government and the legislature, as well as private businesses and advocacy groups, trying to address some of the deficits that women have faced.”

However, Brown believes more progress can be made.

However, Brown noted a notable, yet negative, distinction Vermont holds.

“We have never sent a women to Washington to represent us, in either the House of Representatives or the Senate, and we are the only state in our country that has never done that,” she said.

According to the National Conference of State Legislatures, in 2019 women make up 39.4 percent of the Vermont legislature, with 61 women in the House and 10 in the Senate. This puts the Vermont Legislature as the fifth highest in the country for women in state legislature.

“I think that Vermont Legislatures are prone to making gender equality a top priority, and I think it is a very important issue to the people of Vermont, so it doesn’t surprise me that we are up at the top,” she said.

However, when considering these rankings, Stephanie Seguino, an economics professor at the University of Vermont, noted the importance of viewing the numbers in context.

“The challenges with a ranking system like this is that with the states near the top, there is an assumption that things are great,” she said. “We might be better relative to other states, but if we compare Vermont to Norway or Sweden or Denmark or Iceland, we definitely don’t do as well.”

When Seguino looks at gender equality, she thinks it is important to look at three different categories.

One of those categories is people’s capabilities, factors which give them the ability to go out and provide for themselves and their families. Indicators of this can include measures of health and education.

She said Vermont has done well, with 65.6% of Vermont women holding a bachelor’s degree or higher, compared to only 56.8% of men. 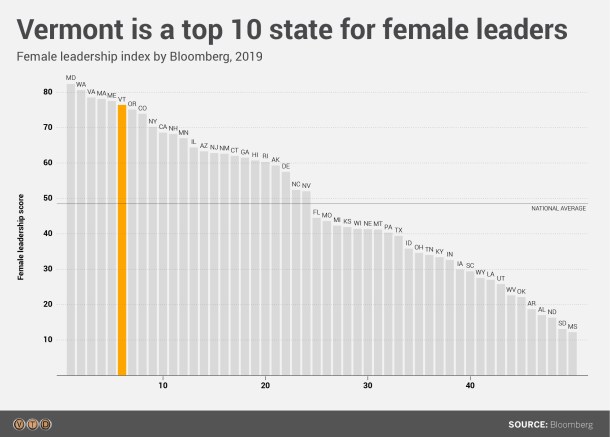 Another category is agency, the ability to influence decisions in society. Assessing this category can be looking at women’s share of professional positions and representation in the legislature.

“Are (women) the decision makers in their organizations? Are they on the boards of corporations?” Seguino said. “Vermont does pretty well in terms of representation in the legislature, but agency is one of those areas that is particularly problematic. ”

In the third category, livelihood, Vermont performs poorly. Seguino defines livelihood as “the ability to provide economic stability for oneself and their family.”

Wages, access to credit and other measures of wealth, like stocks and bonds, are considered for this category. Seguino mentioned there continues to be a disparity between men and women when it comes to wages, since women typically stay home with their children.

“In that area, Vermont continues to have a significant gap between men and women, and it’s in part due to the fact that women do perform more unpaid labor,” she said. “They are performing a service that is not only important to the family, but to society as a whole because well educated kids and cared for people are important, but it inhibits the amount of time they spend in the paid labor force.” 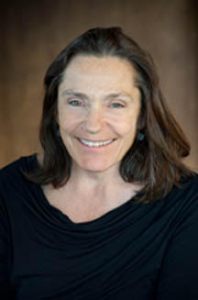 In regard to wage gaps, Seguino noted the disparity is primarily seen in upper level occupations.

“In terms of occupations, some of the widest wages gaps are in the top tier occupations like managers and supervisors, so it doesn’t have anything to do with education,” she said. “In fact the more educated you are, the more likely the wage gap is going to be wider.”

According to a press release published by VTDigger in April 2018, on average, a woman makes 86 cents to every dollar a man makes. In response to this issue, Seguino believes that making salaries public would bring more attention to the gap.

“(This would) make it easier to observe pay disparities,” she said

Sullivan believes it is important to take a holistic approach when assessing statistics regarding pay disparities.

“I think that we have to look at the reality of the situation,” she said. “What positions are they applying for, when are they coming into the workforce, how long have they worked, what experience did they come in with. I know that there are certain professions where females earn more, and I really think that we can’t stereotype.”

Sen. Becca Balint, D-Windham, thinks there are many men and women who are eager to join the workforce, but can’t due to childcare barriers.

“There are lots of women and men who would like to be back in the workforce, but can’t find affordable, good childcare for their families,” she said. “There are times I’ve brought that up in the statehouse and we seem to talk out of both sides of our mouths. People will say things implying that women should be home with their kids.”

Balint said she endured this stereotype while on the campaign trail, as has her fellow legislators.

“I think about friends of mine who are in the Legislature now who still knock on doors to campaign and people will still ask them, “Well who’s going to be taking care of your children?” I can’t imagine David Zuckerman or TJ Donovan gets asked that question when they knock on doors,” she said of the lieutenant governor and attorney general. “And maybe I’m wrong, maybe they do, but if they do I’ve never heard them talk about it.” 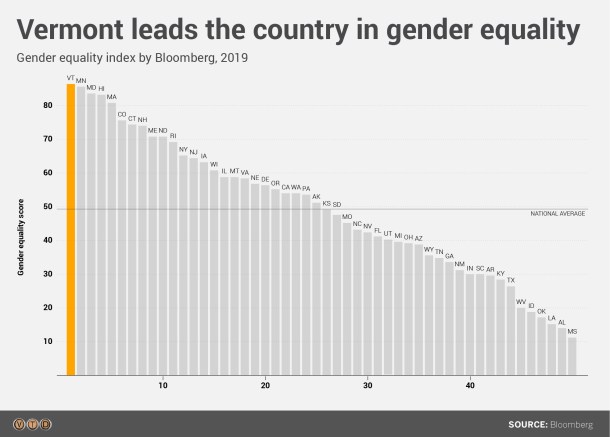 She also thought it was important to note that the rankings done by Bloomberg did not look at different identities of women.

“It doesn’t look at women of color or LGBTQ women, urban women versus rural women, and I think those are important factors to take into consideration, and really breaking it down more,” she said.

Balint also noted that she has experienced homophobia within Vermont, and that the state is not as forward thinking as it’s perceived to be.

“When I first moved here — this goes to me as a gay woman moving here in the ’90s — one of the first things that happened to me was that someone scratched the word dyke into the side of my car,” the senator said. “That is not at all what I expected, and we were also the first state to pass civil unions and we embraced same-sex marriage.”

However, she remains hopeful.

“What I love about Vermont is that I feel like many things are possible, and you can have conversations around child care and gender equity and women in poverty and you can make much more of an impact because it’s such a small state,” she said. “And you can truly travel around and get your voice heard in a way you can’t in larger states.”

When it comes to sexism within any context, Hardy believes it is important to have women’s voices at the table.

“I think it is really important to have women at the table when issues like this come up because we as women experience sexism and accusations of sexism differently than men will, and do, and it’s incredibly important when we are accessing when something is an issue, to have women weigh in on the topic of sexism and sexual harassment,” she said.

Thanks for reporting an error with the story, "Vermont tops ranking for gender equality, but experts say more work n..."