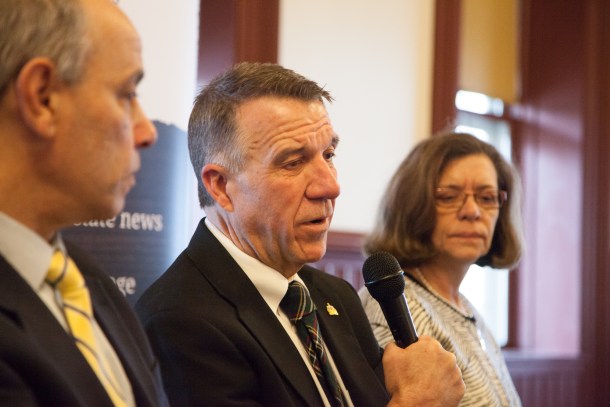 Gov. Phil Scott’s administration is floating several ideas for lowering health care costs, including a scenario in which insurance premiums might be based partly on age in an effort to reduce prices for younger people.

The so-called “age-rating” concept is one of several under consideration. Officials also are looking at ways to offer more financial assistance for health care consumers, and they’re discussing development of a cheaper insurance plan that would generate savings via lower, legislatively mandated payments for medical providers.

The concepts may spur opposition; in fact, the age-rating discussion already is causing consternation among a group that represents older Vermonters.

But administration officials say any changes would be years away, and they’re not yet sure whether their ideas will be right for Vermont.

“Everything we’re talking about is something that we’d like to explore,” said Ena Backus, the state’s director of health care reform. “We don’t have a path forward that is clear at this time.”

Vermont’s uninsured rate is just 3.2 percent, according to the latest statewide survey conducted by the state Health Department.

But that same survey also highlighted ongoing problems that have vexed health care policy experts. For example, the uninsured rate is nearly 10 percent among 25- to 34-year-olds, and the survey showed that many Vermonters are “underinsured” – meaning they don’t have policies that adequately cover their needs based on their income.

Several times in the past year, legislators have shown that they’re worried about the health insurance market’s stability. For example, they counteracted a loss of federal subsidies; enacted a health insurance mandate to take effect in 2020; and expressed concern about newly expanded association health plans.

The health insurance “benefits cliff” also is a big issue. In a presentation to the House Health Care Committee, officials showed that Vermonters who aren’t eligible for subsidies – those with income over 400 percent of the federal poverty level – face drastically higher insurance costs than those below that income level.

All of that is the backdrop for the Scott administration’s new health care pitches. Officials say their primary focus is on helping younger Vermonters and residents who don’t qualify for government assistance.

Age rating, for example, could lower insurance premiums for Vermont’s most-uninsured age group. The idea is that younger people would pay a basic insurance premium, and insurers could increase that rate for older customers. 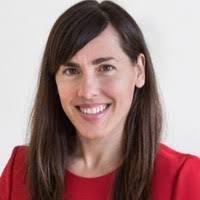 Federal law sets the maximum age-rating ratio at 3-to-1, meaning older customers can pay no more than three times as much as younger customers. Most states use that rule, officials said, and all states except for Vermont and New York use some kind of age rating.

It could be a way to encourage more young people to sign up for health insurance. It also could be a recruiting tool, Backus said.

“Because Vermont is not age rating, that means that the base premium for younger individuals is not going to be as competitive as it is in other states,” she said. “We’re looking at this as a potential tool, and part of an overall position of looking to make the state more attractive to younger people.”

Officials said they’re not necessarily looking to adopt the same kind of age rating that’s happening in other states. They want to examine how age rating might affect premiums in Vermont, and how it might both help and hurt insurance enrollment.

“We’d want to look at all those issues to be able to formulate a proposal that was specific to Vermont,” said Emily Brown, rates and forms director at the Department of Financial Regulation.

“Any attempt to shift higher health care costs to the 50-plus population in a misguided attempt to lower costs for younger people is discriminatory, and we will oppose it vigorously,” AARP Vermont Executive Director Greg Marchildon said in a prepared statement. 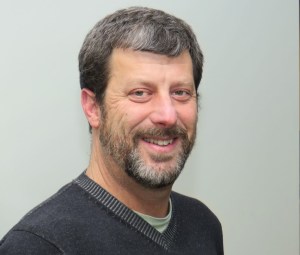 In an attempt to head off such criticism, officials said older Vermonters who receive health care subsidies would see those subsidies increase under an age-rating scenario. They’re are looking into additional reforms that could mitigate the impact of higher costs due to age rating.

One idea is to create a new insurance plan, operating off the Vermont Health Connect exchange, that would offer cheaper premiums because health care providers would be paid less for services under that plan.

Backus said there’s precedent for that in Vermont: The former Catamount insurance plan had a legislatively mandated fee schedule for health care providers.

Hospitals and health care providers won’t be enamored with that concept. But Backus cautioned that the alternate insurance plan “is not a firm proposal,” and she also said the plan would be targeted to cover only “a sliver of providers’ business.”

“This is a very, very pointed reform,” Backus said. “I think that’s important, because we do not want to harm providers in this.”

One other potential reform would involve requesting a waiver from the federal government to use federal funds for a new program to lower health care costs. How that might happen is not clear at this point, but officials said one possibility might be an age-based subsidy.

“We know that the federal government … is strongly advertising the availability of these waivers, and one of the areas they are focused on is making insurance more affordable for young people,” said Addie Strumolo, health care director at the Department of Vermont Health Access.

If the administration’s health care initiatives move forward, Strumolo said changes couldn’t take effect until 2021 at the earliest. But officials also said they need time to flesh out their ideas and seek legislative approval.

“I question whether they’re going in the right direction,” Fisher said. “But I’m going to withhold judgment on that.”

Thanks for reporting an error with the story, "Scott administration floats ‘age-rating’ for health care ..."

Moats: It takes more than words to resist the new authoritarian minority