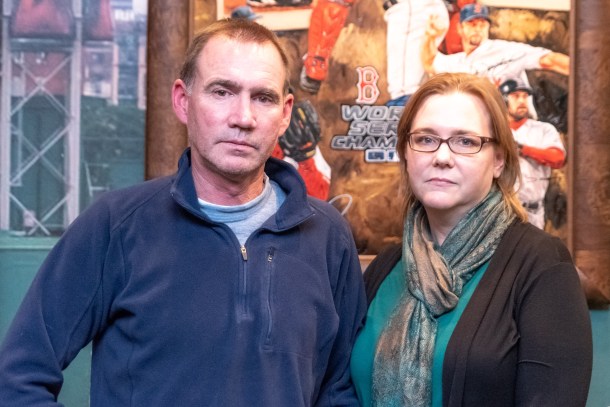 Rob and Alyssa Black standing in front of a poster commemorating 2004 Red Sox World Series championship team. The team was a favorite of their son Andrew Black. Photo by Bob LoCicero/VTDigger

ESSEX JUNCTION – Growing up in Essex, Andrew Black was a second-baseman, pitcher, and for a short time a catcher on the baseball diamond. He skated as a center on hockey teams, and his favorite class in school was chemistry. He rooted for the Boston Red Sox and Montreal Canadiens.

“He was very funny, always smiling,” Alyssa Black said this week of her son Andrew. “Once he had an interest in something, he threw himself into it.”

More recently, the 23-year-old man had taken up collecting and listening to music on vinyl, just secured a lease for an apartment, and was putting his love of chemistry to use in pursuit of a career as a craft beer brewer.

That all changed earlier this month.

On Dec. 6, his parents said, he went into a Chittenden County gun store then traveled back to the Essex home where he lived with his parents and fatally shot himself.

Alyssa and Rob Black included in their son’s obituary a plea for people to contact their lawmakers to establish a waiting, or “cooling off,” period for gun purchases, saying they believe such a requirement would have saved their son’s life.

The obituary that featured the parents’ plea made state and national headlines.

The Blacks said this week their work in advocating for a new law calling for a waiting period before gun purchases didn’t stop when they put that line in their son’s obituary. They say they intend to do whatever it takes, from testifying in the Statehouse to speaking out in the media, until a waiting period for gun purchases in Vermont is established. 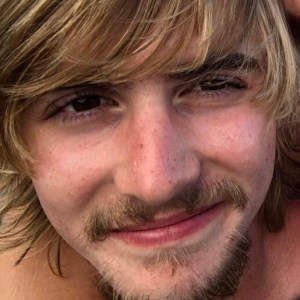 “We easily could have just kind of faded away after this was in the paper and the initial interviews,” said Rob Black, Andrew’s father. “But, if we don’t continue to do something to make a change in our state, then all of this was for nothing, Andrew’s life was for nothing.”

“So yes, we will do whatever we need to do to make sure this law is passed,” he added.

“We didn’t intend to start this,” said Alyssa Black, Andrew’s mother, “but it’s started and we’re going to finish it.”

Vermont has a higher suicide rate than the national average, and about two-thirds of the suicides in the state are carried out with firearms, according to the Vermont Gun Shop Project.

Both parents said they realize that the talk of gun legislation is a thorny and polarizing subject in Vermont.

The state has had some of the nation’s most permissive firearms laws until earlier this year when a package of gun control measures were approved, in large part as a response to an alleged plot by an 18-year-old man to shoot up his former high school in Fair Haven.

One lawmaker, Sen. Phil Baruth, D-Chittenden, has already said he will be proposing new gun safety measures, including a 48-hour waiting period for purchases, this legislative session, which is set to start next month.

Also, he has said, the bill will include a tighter gun storage requirements, and banning 3D printed firearms.

If a mandatory waiting period were approved, Vermont would join five other states and District of Columbia with such provisions, ranging from 24 hours to 10 days, according to the Giffords Law Center.

Gun rights advocates have voiced opposition to establishing a waiting period in Vermont, questioning how effective it would be and saying it could prevent people in immediate need of a firearm for self-defense the ability to obtain one. 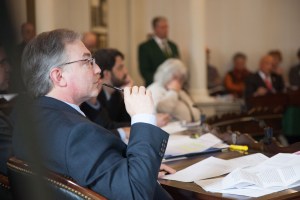 The Blacks said this week they have no interest in pursuing any piece of legislation other than establishing a 24- to 48-hour waiting period for gun purchases.

“If this is part of a standalone bill, we will be there and talk to anybody,” Rob Black said. “If they are going to tack this onto a larger gun bill, then they don’t even need to call us.”

Alyssa Black said she didn’t want to “muddy the waters” by including a waiting period proposal with any other gun control measures that lawmakers may be pushing.

“I just want to reach that mother who is sitting there and just looks at it and says, ‘OK, what’s the problem with waiting 24 hours, that seems like a simple thing,’” Alyssa Black said.

“We’re just trying to reach the reasonable gun owners and non-gun owners and say a little inconvenience would be worth this,” she added, “and I think there are so many people out there who feel that way.”

Both parents say they support the Second Amendment. Rob Black, a military veteran of Desert Storm, said he keeps the guns he owns secured inside his home.

“That is the reason he had to go to get one, he couldn’t get to mine,” the father said of son.

It was on the late morning of Dec. 6 that Andrew Black went into a gun store, the parents said, declining to the name the store.

“We don’t fault the gun shop at all,” Rob Black said. “They did nothing wrong.”

At 11:02 a.m. the background check process started, the parents said, and before 11:30 a.m. Andrew Black was out of the store after making the purchase of a 9mm handgun, his parents said.

By 4 p.m., they said, their son had killed himself at home.

The parents said their son left no note, adding they believe they know what prompted his action but did not want to talk about it.

“I will say it was spontaneous,” Alyssa Black said.

The father added, “This was a situation that happened that day, and his mind went somewhere where he thought his only out was to buy a gun and kill himself.” 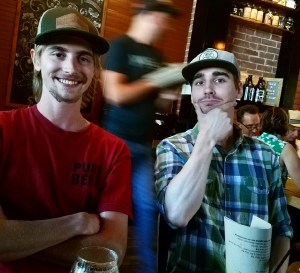 Andrew Black at a bar with with a friend. Supplied photo

The parents said their son had worked at Essex Discount Beverage, starting at the age of 15. In September, fueled by his desire to become a craft brewer, Andrew Black took a job at Lawson’s Finest Liquids, a brewery in Waitsfield.

“When he was 16 the only class was really interested in was chemistry,” Alyssa Black recalled.

The parents said they bought their son a home brew kit for beer soon after. They said their son wasn’t into the drinking as much as the mixing and concocting that went into making a good brew.

“He had notebooks and notebooks full of recipes that he tried that worked and didn’t work,” Rob Black said. “It was about the craft of making it.”

Their son had only recently been hired at Lawson’s, working in the taproom, and had hopes of learning more about brewing beer and making it his life’s work, they said.

It was earlier on the morning of Dec. 6, the day he took his life, that Andrew Black received word that an apartment he had been saving up for in Waterbury, closer to his job, would be his, and he could move in at the beginning of the year, the parents said.

They said he also talked of other plans. He had talked of next summer hiking the entire length of 273 mile-long Long Trail, Alyssa Black said of her son.

Both parents said they agreed about the need to advocate for a waiting period before writing their son’s obituary.

“We wanted to be honest about how our son died,” Alyssa Black said. 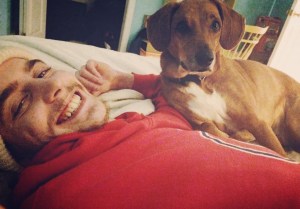 And they said they wanted to involve others in helping create change, and contact their lawmakers.

“Andrew had a lot of friends, young people,” Alyssa Black said. “We just thought, if you felt as though you wanted to do something to honor Andrew and you agreed with this then this would be a simple thing for people to do.”

That line in the obituary read, “In honor of Andrew R. Black, we ask that you work for legislation that imposes a reasonable waiting period between firearm purchase and possession to provide a cooling off period to guard against impulsive acts of violence.”

The parents say they are hopeful an Andrew Black Law establishing a waiting period can pass next legislative session, and if not, they will keep pushing.

“I would never have thought about a waiting period,” Rob Black said this week. “But, when you lose a child that a waiting period could have saved, that’s when it’s time for us to do something in Andrew’s honor.”

Thanks for reporting an error with the story, "Parents calling for gun waiting period say efforts won’t end with o..."