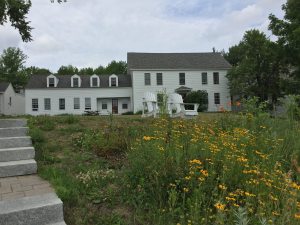 [T]wo nonprofits that work to support Vermont’s charitable organizations have merged to form one organization with a main office in Marlboro and a branch in Burlington.

Common Good Vermont and Marlboro College’s Center for New Leadership, or CNL, merged Oct. 1 into one organization that will have a full-time staff of five, headed up by Kate McGowan, the former executive director of Addison County United Way.

Many states have an organization or association that helps nonprofits with governance and management, but Common Good Vermont at the Center for New Leadership — as the new nonprofit will be called — is unusual in that it doesn’t have members or charge fees for its services. Instead, nonprofit leaders subscribe to receive information and pay to attend workshops and seminars. Like CGV, the new organization will be supported by grants, corporate sponsorships, and earned income from tuition and program fees.

“We really appreciate the fact that there is a nonprofit to support nonprofits,” said Beth Rusnock, president of the National Life Group Foundation, which has given about $10,000 annually to CGV for the last several years. The foundation disperses about $2 million each year to nonprofits in Vermont and in Texas, where National Life also has an office.

“There really is no one else who does what they do to the level they do it,” she said. “They have webinars for nonprofits, they have panels, they have literature and training on how to run a business, marketing, and other things that don’t always come easily or naturally to folks who run nonprofits.” 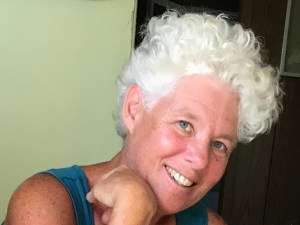 Lauren-Glenn Davitian, the executive director of CCTV and the founder of Common Good Vermont. Courtesy photo

Vermont’s more than 4,000 nonprofit organizations have upwards of $4 billion in revenue and contribute about 18.7 percent to the state’s Gross State Product, according to a 2011 report from the Vermont Community Foundation. Eighty-five percent of those nonprofits have a budget of less than half a million dollars, said Lauren-Glenn Davitian, CGV’s founder.

Davitian said CGV and the CNL have been working closely together since they both started in 2008. Marlboro’s CNL offers a Certificate in Nonprofit Management and other immersive training programs.

“Marlboro took the lead in training and education, and CGV took the lead in serving as the resource hub, and also as the sector’s advocate,” said Kate Jellema, dean of graduate and professional studies at Marlboro College, and co-founder of CNL.

“We have collaborated very closely on some major projects. We’ve been partners and in constant communication and eventually we got to the point where it just made sense to consider working together under one roof, so the coordination would be more seamless,” Jellema said.

With the merger, “you’ll see a one-stop shop,” Davitian said. She added that CGV often talks to nonprofits about how to be more efficient and effective, and to avoid duplicating services.

“Merging is one of those things organizations can think about to a serve that goal,” Davitian said. “We thought we better walk the talk.”

With the merger, both Jellema and Davitian will be stepping back from their roles, Jellema said.

CGV is unusual among state nonprofit management organizations in its choice to stay open to all, instead of using a membership model, said Rick Cohen, COO of the National Council of Nonprofits in Washington, D.C. Davitian said there were philosophical reasons for choosing that open structure.

“We didn’t want to have staff who had to run around after people for a $100 membership,” she said. “We have a very open model. That had always been my philosophy, that this information should be widely available. The more available it is, the more valuable it is.”

But she said that could change under the new leadership.

“They’ll be looking at different revenue models and they may revisit that question,” she said.

Thanks for reporting an error with the story, "Marlboro College, Common Good merge statewide nonprofit programs"