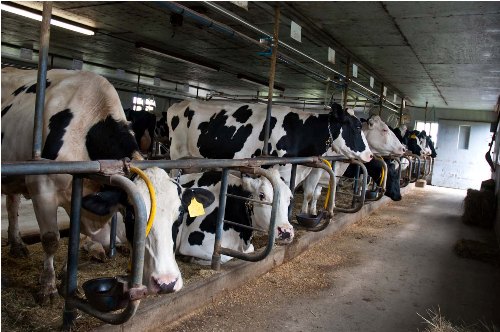 [V]ermont dairy farmers received their cut of a $50 million payout earlier this summer as the outcome of a class-action lawsuit initially filed almost a decade ago.

Under a settlement agreement between dairy farmers and Dairy Farmers of America and Dairy Marketing Services, claims agent Rust Consulting Inc. sent out checks to farmers on Aug. 27. Rust Consulting did not return multiple requests for more information about payout, but up to 9,000 farmers received $4,000 each.

The settlement checks “came at a wonderful time, because the prices (for milk) stink, so to get anything that would help with this fall’s property taxes or harvesting costs is helpful,” said Jenny Nelson, co-owner of Home Acres Farm, a former agricultural policy adviser for Sen. Bernie Sanders and, as a result of the settlement, a ombudsperson for DFA members.

Dairy farmers from Maryland to Maine who sold Grade A milk from 2002-2014 were eligible to receive payment under the settlement, according to the claims form. Each farmer’s payout was based on their production volume during that time period, said Nelson. 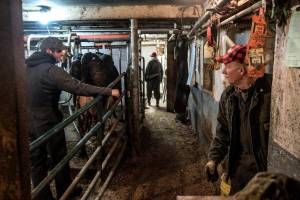 Paul Doton, of Barnard, right, a member of the Agri-Mark board of directors for 23 years, does barn chores with his wife Sherry Doton, middle, and his son Bryan Doton, left, on their farm in Barnard last winter. Photo by James M. Patterson/Valley News

The class-action case, filed in 2009 with U.S. District Court in Vermont, alleged that Dairy Farmers of America conspired to create a monopoly over Grade A milk production in the Northeast. Closely related for-profit entity Dairy Marketing Services sought to become the sole buyer of the milk to drive down prices, alleged the plaintiffs.

DFA and DMS first agreed in 2014 to settle the lawsuit by paying $50 million and making changes to their business practices. A small group of plaintiffs sought to fire their attorneys, claiming that their lawyers colluded with the defendants to reach a settlement that does not do enough to address DFA’s substantial power in the milk market.

U.S. District Judge Christina Reiss approved the final settlement in June 2016. The original complaint included Dean Foods as a defendant, but plaintiffs reached a separate $30 million settlement with Dean in 2011.

Alice Allen, co-owner of Al-len Farms and one of the original plaintiffs, said she has been active in milk price discussions for decades, recalling a meeting on the “current dairy dilemma” in 1983 -- the same topic as a recent dairy summit in Albany, New York. When Allen was tapped to serve as the lead plaintiff for the class action lawsuit, she agreed.

“The fact that our own government doesn’t enforce antitrust laws that are on the books makes it even more difficult for dairy farmers,” said Allen.

DFA Senior Vice President Monica Massey said after the initial settlement agreement was reached in 2014 that the cooperative and its marketing arm agreed to settle due to escalating legal costs and not as an admission of wrongdoing.

“When DFA and DMS agreed to settle with the class plaintiffs in June 2016, we did not expect it would take until 2018 for the legal process to conclude before farmers would receive payments from the settlement fund,” said a DFA spokesperson in a recent statement. “We are pleased this matter is resolved and settlement payments are finally being distributed to dairy farmers in the Northeast.”

The settlement established the farmer ombudsman position to confidentially investigate any grievances farmers had with the co-op. “One of the complaints we’d had is if you were a DFA member, it was like complaining about the boss to the boss,” said Allen.

The settlement also created a four-year position on an advisory council to promote better milk prices for farmers. DFA and DMS did not have to admit to any alleged violations of antitrust laws, but do have to change their business practices under the settlement.

Vermont, which produces far more milk than it consumes, is constrained in terms of what it can do to address low milk prices for farmers, said Nelson. She cited the current use program as one of the most successful state efforts to help farmers. Owners of agricultural lands and woodlands in Vermont can qualify to pay lower taxes if the land is being used for forestry, livestock raising or crop production.

"We net crops, which are very valuable to our cows, but in the big scheme of things, when you can sell a building lot for twenty, thirty thousand dollars an acre, we don’t reap anywhere near that kind of an income for that land,” she said. "And yet I feel we’re keeping Vermont open and productive for the future as well as for right now.”

Thanks for reporting an error with the story, "Vermont dairy farmers receive long-awaited chunk of $50 million settl..."