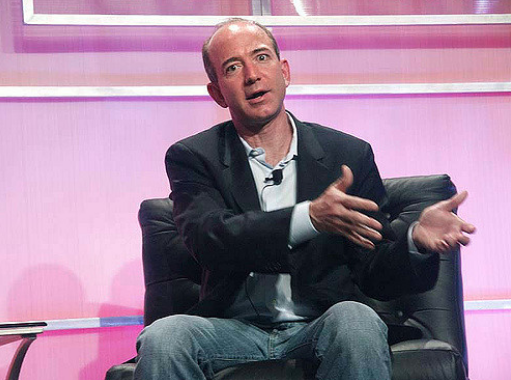 [S]en. Bernie Sanders plans to introduce legislation next month to give large employers like Amazon and Walmart the choice to either pay workers a higher wage or to pay taxes equal to the total cost of federal assistance programs their workers use.

The proposal aims to raise taxes from large corporations equal to the amount that the company’s low-wage employees use in federal benefit programs each year. If an Amazon employee uses $100 in food stamps, Amazon would be taxed $100.

Sanders’ bill comes after the senator circulated a petition last week calling on Amazon CEO Jeff Bezos to pay all workers a living wage and to improve working conditions at the company's warehouses.

"Since Tuesday, more than 100,000 people have signed my petition to tell Mr. Bezos that they’re tired of subsidizing his businesses and are demanding that he pay his workers a living wage so that they no longer have to rely on taxpayer support to survive,” the Vermont independent said in a statement.

Amazon has been criticized in recent months after a report from New Food Economy, a nonprofit news organization, showed that one-third of the company’s employees in Arizona relied on food stamps in order to afford meals.

A spokesperson for Amazon said in a statement that the company could not comment on the Sanders legislation because it hadn’t seen it yet.

“Amazon is proud to have created over 130,000 new jobs last year alone. These are good jobs with highly competitive pay and full benefits,” the spokesperson said. According to Amazon, the average hourly wage for workers in shipping centers is more than $15 an hour. That factors in wages, stock and incentive bonuses.

The legislation, set to be introduced Sept. 5, would require corporations that employ 500 or more workers to pay a tax to cover the cost of food stamps, public housing, Medicaid and other federal assistance programs their employees rely on.

Under this model, Amazon would have to pay $540,000 in taxes just to cover the 1,800 employees in Arizona who receive $300 for food benefits as well as any other government assisted programs that employees use.

Bezos is currently the richest person in the world with a net worth of $158 billion — up $77 billion from last year, according to the Bloomberg Billionaires Index.

Sanders, who is up for re-election in November, says Amazon is not the only target of his concern.

“While Mr. Bezos is the most egregious example, the Walton family of Walmart and many other billionaire-owned large and profitable companies also enrich themselves off taxpayer assistance while paying their workers poverty-level wages,” Sanders said.

This legislation is one in a string of livable wage and job security bills that Democrats have introduced over the last two years.

Last year, Sanders backed the Raise the Wage Act, which would increase the federal minimum wage, currently at $7.25, to $15 by 2024, and tie future increases to national median wage growth. The bill stalled in committee. 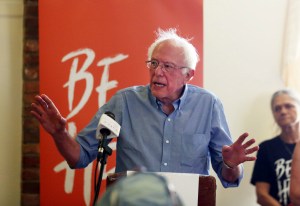 This year, Democrats in the House and Senate introduced legislation that pushes for raising the minimum wage and guarantees jobs for underserved areas of the country.

In April, Sen. Cory Booker, D-N.J., announced the Federal Jobs Guarantee Development Act, which would establish a Department of Labor program that would select up to 15 local areas and offer funding so that every adult living there would be guaranteed a job that pays at least $15 an hour with paid leave and health benefits.

Last month, Rep. Ro Khanna, D-Calif., introduced the Job Opportunities for All Act, which would create a grant program to invest in direct job creation proposals for underserved communities.

Sanders has not yet asked any senators to co-sponsor his forthcoming legislation.

David Carle, a spokesperson for Sen. Patrick Leahy, D-Vt., said that Sanders had not provided his bill for review by Leahy and could not say whether the senator would sign on as a co-sponsor. Leahy did back Sanders’ Raise the Wage Act, according to Carle.

“Wage growth has remained stagnant for far too long, and despite promises from the Trump administration and Republicans in Congress that massive tax cuts would cause corporations to boost worker pay, we’ve instead seen the windfalls going to wealthy shareholders,” Carle said.

Thanks for reporting an error with the story, "Sanders to introduce ‘Bezos Bill’ next month"