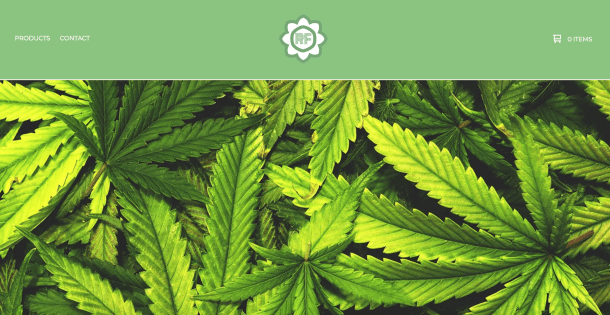 [B]urlingtonians can now order “free” cannabis to their doorstep, all for the price of a delivery fee. At least that’s how one company is pitching their new service.

The day that recreational marijuana use became legal in Vermont, a company called Rolling Flower popped up online.

“To celebrate, we're offering FREE CANNABIS GIFTS to everyone over the age of 21 living in or visiting Chittenden County!” says the Facebook post announcing their services. “You simply pay a delivery fee for secure, discreet delivery of your gift to your home, office, hotel or a local meeting place!”

The gifts vary in size based on the delivery fee customers pay: $50 will pay for the delivery of an eighth of an ounce, $170 will get customers half an ounce, and $320 will cover a full ounce, the post explains.

Rolling Flower’s business model is just one example of how Vermont cannabis entrepreneurs are looking for ways to start up or advance their businesses in the wake of a narrow legalization law that allows limited possession and cultivation. Selling the drug remains illegal.

Giving up to an ounce of marijuana to others for free is legal, however, and law enforcement officials in Vermont have yet to weigh in on the legality of businesses like Rolling Flower who “gift” marijuana to customers while charging them an inflated fee for related products or services.

A representative for Rolling Flower declined to be interviewed Tuesday or say who runs the operation. Timothy Fair, the company’s lawyer, said that there is no law in place that says businesses can’t gift cannabis. 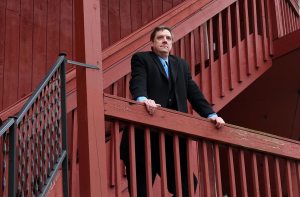 But Fair, who specializes in marijuana-related cases, notes that businesses who gift cannabis to customers are taking a risk.

“Could a police officer theoretically cite somebody? Sure. Is a prosecutor going to prosecute? That’s going to come down to the individual county,” he said.

In Chittenden County, where Rolling Flower operates, he expects state prosecutors to be more lenient with businesses who gift marijuana. Up to a point. Fair said he thinks Rolling Flower will likely face prosecution.

“I predict he’s going to have problems. I also predict I will be there to defend him,” Fair said.

Chittenden County State’s Attorney Sarah George said she was not available for an interview Tuesday.

The attorney general’s office has yet to come out with its opinion on the matter. Asked about businesses that profit by gifting cannabis, Charity Clark, Attorney General T.J. Donovan’s chief of staff, said, "We don't have anyone with this expertise at this time."

In addition to Rolling Flower, Fair said he said he knows of two other businesses -- both brick and mortar stores -- that are also gifting marijuana to customers. Anecdotally, he’s heard of more.

And he’s received messages from dozens of Vermonters looking for legal advice on incorporating cannabis gifting into their business models.

The idea is by no means novel.

In other states that have legalized possession but don’t have a legal market, such as Maine and Massachusetts, gifting has become a regular practice, with some businesses and individuals selling items like T-shirts, candy bars, stickers, and higher prices, and providing “free” marijuana alongside the purchase. (This approach was also taken by some vendors at a celebration marking the first day of legalization in Vermont.)

While Vermont’s attorney general has not come down on the practice in Vermont, it was on the radar of state lawmakers during drafting of the bill.

Sen. Dick Sears, D-Bennington and chair of the Senate Judiciary Committee, who championed marijuana legalization in the Senate, said that he inquired about the matter with the Office of Legislative Council and was told that businesses who gifted marijuana under Vermont’s legalization law would be committing a crime. 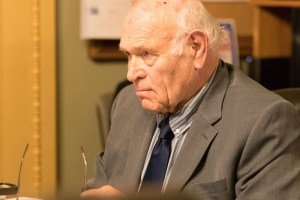 “You know exactly what they're doing,” he said. “I think if some business is doing this I think it's just a matter of time.”

Sears added that he doesn’t think gifting in Vermont will be viewed differently than it has in Washington, D.C., where there is also partial legalization and where police have been charging businesses who gift cannabis.

Seeds on the house

The new legalization law has been a boon to those selling cannabis cultivation equipment, but it hasn’t removed the roadblock in the way of entrepreneurs who hope to sell cannabis seeds along with a growing kit.

Dylan Raap the founder and CEO of Green State Gardener, a Burlington-based company that sells equipment and materials used to grow hemp and cannabis, is also putting the new law to work for his business -- by giving away cannabis seeds with some of his products.

Instead, he gifts cannabis seeds to customers who are purchasing the equipment to grow cannabis -- and he makes sure to do it off store property, because his landlord won’t let him store or hand out the seeds inside.

Since legalization took effect, Raap said his business has seen an influx of new customers -- both foot traffic and sales in his store have doubled, he estimates.

“I’d love to be able to openly transact for genetics,” Raap said, referring to seeds. “I’d like to be able to sell people cannabis genetics without the cloak and dagger and the squishiness. The intentional gray area of the law as written does not facilitate that.”

But cannabis enthusiasts are confident that a tax and regulate policy is in the offing. Many of those who opposed legalization have said that, now that weed is legal, there is no reason not to make sure it is safe -- and helping fill state coffers.

Fair said he thinks a tax and regulate bill will be a priority in the upcoming legislative session.

“What I’m advising all my clients that are doing these gifting schemes is you better be saving money and working with me preparing for the transition into the tax and regulated system,” he said. “Otherwise it’s going to be a very short journey for you.”

Thanks for reporting an error with the story, "Weed entrepreneurs push boundaries of Vermont’s legalization law"