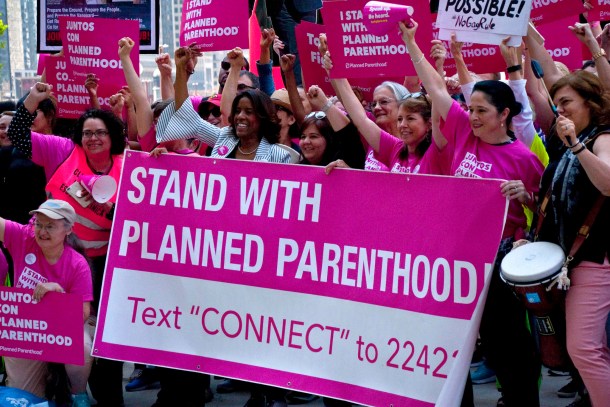 An ongoing fight over federal family planning money has brought together an unlikely group of allies in Vermont.

Twelve organizations — including the state Health Care Advocate, University of Vermont Medical Center and two insurers — have formed a coalition that “strongly opposes” a proposed federal rule change that would limit how so-called “Title X” funding can be spent.

At the national level, the Title X debate is about abortion. But members of the Vermont coalition are concerned about limiting access to basic health care services for low-income residents.

The federal proposal “will significantly restrict access to necessary care for both women and men, particularly in rural, hard-to-serve areas of Vermont,” coalition members wrote in a statement issued Tuesday.

Title X funding pays for family planning and preventative health services. It is focused on low-income and uninsured patients, and the program serves about 4 million people per year nationally.

By federal statute, Title X money cannot be used for abortions. But in May, the U.S. Department of Health and Human Services proposed updated regulations that would restrict Title X funding from going to entities that provide abortions.

In addition to requiring “clear financial and physical separation” between Title X projects and abortion-related programs, the department also said it was moving to “prohibit referral for abortion as a method of family planning” at Title X providers.

In a statement supporting the change, White House Press Secretary Sarah Huckabee Sanders said the proposal “fulfills President Donald J. Trump’s promise to continue to improve women’s health and ensure that federal funds are not used to fund the abortion industry in violation of the law.”

Sanders said the rule would not cut Title X funds, but rather “would ensure that taxpayers do not indirectly fund abortions.”

The change spurred outrage from the sole Title X provider in Vermont – Planned Parenthood of Northern New England. Meagan Gallagher, the organization’s president and chief executive officer, has called the Trump administration’s proposal “the most offensive and dangerous attack on women’s rights in this country.” 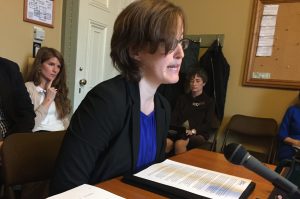 Meagan Gallagher, the president and CEO of Planned Parenthood of Northern New England, testifies before the Senate Health and Welfare Committee. File photo by Erin Mansfield/VTDigger

“If a health care center is receiving Title X funds, doctors would essentially have to lie to their patients about what their options are,” Leriche said.

Planned Parenthood gets nearly all of Vermont’s Title X funding allocation, which falls between $775,000 and $781,000 annually. In 2017, Planned Parenthood says it served nearly 10,000 people in Vermont “who rely on Title X for affordable birth control and reproductive health care.”

Theoretically, if the new federal regulations are adopted, the Vermont Department of Health could choose a different provider or providers for Title X services. That’s already been proposed by Vermont Right to Life.

But the newly organized coalition isn’t advocating for such a change. Rather, the group says the Trump administration’s proposal violates medical ethics and will reduce health care services for Vermonters.

“We call on the federal Health and Human Services Department to withdraw this proposed rule in the interest of public health and for the benefit of low-income patients of Vermont,” the group’s statement says.

“While the UVM Medical Center’s funding is not directly impacted by this new rule, we are concerned that it would restrict access to care for our patients, their families and neighbors,” said Eileen Whalen, the hospital’s president and chief operating officer.

“We strongly believe that everyone in our community should be able to get the health care they need from the provider they are most comfortable with,” she said.

Sara Teachout, a spokesperson for Blue Cross and Blue Shield, said the insurer joined the Title X coalition “because the federal changes will have a negative impact on the health care services that our members are entitled to receive.”

“Access and insurance coverage of reproductive health services is a policy choice that is protected under Vermont law,” Teachout said.

The society also is concerned about any rule limiting doctors’ communications about care options. “The physician-patient relationship is really based largely on trust, and that has to do with being able to give the patient all of the options in an honest, candid way,” Sudhoff-Guerin said.

Mike Fisher, the state’s chief health care advocate, says he has a “systemwide concern about access to care.”

Fisher said Planned Parenthood “provides a really important community presence throughout the state.” The Title X coalition’s statement should be seen more broadly as “a statement of support for patients who need care,” Fisher said.

He noted the diversity of the coalition’s members, saying it’s not often that those entities agree. “It’s really important that, when we can speak as one voice, we do,” Fisher said.

Leriche said she believes the coalition’s support is an indication of “how terrible this new rule is.”

“We are incredibly grateful for the support of our colleagues in the health care industry in Vermont,” Leriche said. “It really is a remarkable coalition of organizations that signed on. It underscores that everyone providing health care in Vermont truly cares about the patient.”

The federal government is taking comment on the proposed rule through the end of July. Comments can be filed via a link at the top of the rule’s Federal Register notice.

Planned Parenthood also is trying to rally support for its cause via its advocacy and political arm.

Thanks for reporting an error with the story, "Vermont health care coalition protests Title X change"