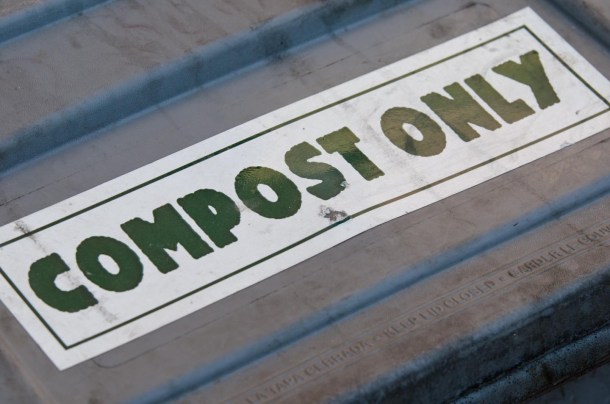 When is a chicken farm not a chicken farm? When it is a composting facility, which according to an Agency of Agriculture, Food and Markets memo from March also should be considered a solid waste facility, and be permitted as such.

For years, it has been a practice of compost producers in Vermont to allow chickens to feed on the food scraps that are part of the mix of organic materials that go into compost — coffee grounds, tea bags, vegetable and fruit peelings, leftover pasta.

For the dozen or so Vermont compost producers gathered in the Agency of Natural Resources’ annex building to discuss the new regulations last week, the change in permitting requirements had come as a surprise. It was also, apparently, a surprise to natural resources personnel as well.

“It was news to us,” Josh Kelly, materials management section chief in the DEC’s Solid Waste Management Program, said at Monday’s meeting. “I want to say that we still value what you do, and want to work with you on what you do.”

With the passage of the state’s Universal Recycling Law — Act 148 — in 2012 Vermont was the first state in the nation to call for mandatory composting. As the law has been phased in — the final phase, requiring all Vermont households to put their kitchen scraps into the compost instead of the trash, takes effect in 2020 — composting has become a growth industry.

Karl Hammer, owner of Montpelier-based Vermont Compost Company, said it has been nearly two years since compost producers met with the agriculture agency to discuss a draft report on best management practices for their businesses. Comments were made, improvements proposed, but there was no follow-up from the meeting, until the March memo.

Said Natasha Duarte, director of the Composting Association of Vermont, “A lot of people got together, and took time out to say, ‘What about this? Have you thought about that?’ That entire process was dropped, and that’s what I’ve been hearing from CAV members I’ve been speaking to, is, ‘What happened to all that? Where did that go? No one is even going to bother replying?”

“The idea of a public process has been pretty soundly undermined,” Tom Gilbert, of Stannard’s Black Dirt Farm, said. “There doesn’t seem to be anybody responsive on the other side of the conversation right now.”

Representatives from the Department of Environmental Conservation at the meeting said they understood the compost producers’ surprise at the seemingly sudden change in the regulation of their small industry. “I acknowledge that there’s probably a level of frustration for some of you folks — that you’ve been doing this for a number of years, and so this could be kind of a hard thing to accept,” said Cathy Jamieson, the Department of Environmental Conservation’s solid waste program manager.

Cary Giguere, head of the agriculture agency’s agricultural resources management section, said even under the new permitting requirements composting operations will retain their designation as farms as long as they are also raising chickens. However, if the compostable material they use to feed the chickens comes from elsewhere, he said, the agency would regard it as solid waste and would require a solid waste permit in addition to a farming permit.

Giguere said the agency involved the Department of Environmental Conservation in response to complaints of odor, flies and vermin, and in compliance with federal laws regulating the quality of feed given to farm animals.

Other states are far stricter, Giguere said, and have outright prohibited farmers from feeding food scraps to their chickens. Vermont’s approach may require some farmers to obtain a second permit from the state, he said, but at least it will “allow this to continue.”

Giguere said the March 15 memo is an indication that the agency treats composters who raise chickens as it does a dairy with cows.

“No matter what kind of farm it is, if you’re accepting a certain amount of solid waste, you’re a solid waste [facility],” Giguere said.

Thanks for reporting an error with the story, "Why did the chicken cross the compost heap?"

Vermont percentage of unemployed women higher than any other state