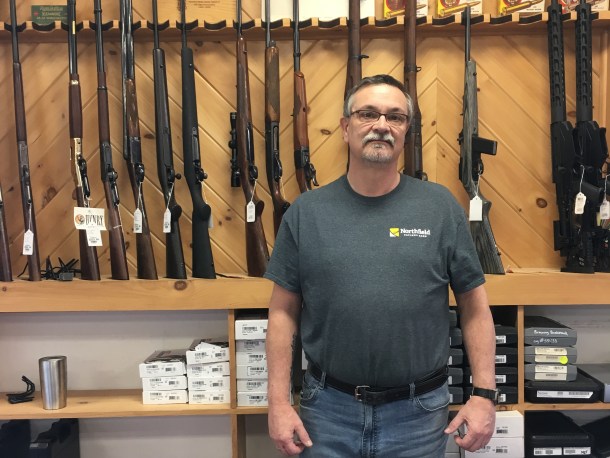 [W]ATERBURY — A handful of customers were already waiting in the parking lot when Parro’s Gun Shop opened Monday morning.

This is the way it’s been in recent weeks. The shop’s owner, Henry Parro, estimates that the number of people walking through his door has quadrupled in the last month or so.

Parro and other firearms dealers across the state are reporting that gun and high-capacity magazine sales have soared as the Legislature has worked to pass a bill that would introduce sweeping new restrictions on guns in Vermont.

“Anytime you’re told you can’t have something, you want it,” Parro said.

Gun dealers said the boost in sales was typical of times when lawmakers propose or debate gun control legislation. And Parro said it wasn’t only longtime enthusiasts stocking up.

Researchers have noted a nationwide trend of gun sales spiking in the wake of mass shootings, due to anticipation of federal restrictions. That was not the case following February’s school shooting in Parkland, Florida, some theorize, because people did not believe President Donald Trump and the Republican-controlled Congress would pass new gun control measures.

But the response has been swift and far-reaching in Vermont following the Parkland shooting and the arrest a day later of a teenager in Rutland allegedly planning to shoot up his former high school. 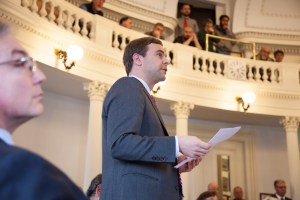 Over the weekend, the Vermont Federation of Sportsmen’s Clubs, a gun rights group, teamed up with Recoil magazine to hand out 1,200 30-round gun magazines on the Statehouse lawn in protest of the bill.

Kenny Timson, a co-owner of St. Michael’s Defense, a gun shop in St. Johnsbury, said his store is struggling to keep the magazines in stock.

“We just ordered 150 more and they’re not going to sit around long,” Timson said.

On Friday alone, he said his store sold 25 30-round magazines. AR-15 rifles are also selling in high numbers — a ban on assault-style rifles was proposed but ultimately dropped during considerations on S.55.

In the month of March, Timson estimates his store tripled its average overall sales.

Supporters of S.55 have said that limiting magazine size is commonsense gun safety. “When we talk about keeping our schools and communities safe, this provision is the most important step this bill takes,” said Rep. Martin LaLonde, D-South Burlington, who introduced the ban.

“Let’s say a shooter has to use 10-round magazines instead of magazines that hold 30, 50, or 100 rounds,” LaLonde said during a debate on the House floor. “In that case, for every 100 rounds fired, that 10-round limit would afford six to nine more chances for bystanders or law enforcement to intervene during a pause in firing.” 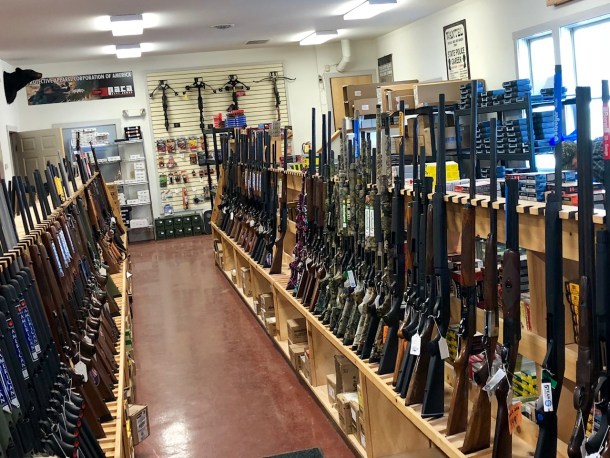 Rifles on display at Parro’s Gun Shop in Waterbury. Photo by Jim Welch/VTDigger

Russ Carrara, the owner of Carrara’s Gun Shop in Shrewsbury, said the ban would do nothing to make Vermonters more safe, though it has boosted sales of the devices at his shop.

“They’re just taking away our rights is all it is,” he said. “It’s pretty easy to dump a magazine out and throw another one in. You can do it in a matter of seconds.”

Much of the ire among gun rights groups has been focused on Gov. Phil Scott, a Republican, who said there was no need for new gun legislation while running for office.

Scott’s support of S.55 is part of his broader response to gun violence, which he says was prompted by the February arrest of Jack Sawyer, an 18-year-old accused of plotting to shoot up Fair Haven Union High School.

Scott has described reading the affidavit in that case — detailing Sawyer’s alleged plans and his purchase of a shotgun — and realizing that Vermont faced the same threat of mass violence as other states, and needed a governor willing to explore all options to stop such attacks.

To gun rights groups, it was an act of betrayal.

“We the people of Vermont supported and took him at his word that he wouldn’t sign or he wouldn’t pass anything against the Second Amendment or Article 16 of the Vermont Constitution,” Parro said. “And now it appears that he will do that.”

Thanks for reporting an error with the story, "Gun control bill inspires spike in gun, magazine sales"

Construction of recovery facility in Essex hailed as ‘long overdue’