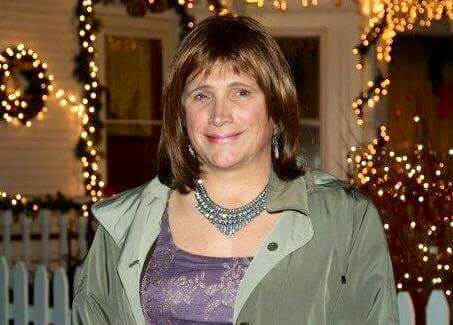 [C]hristine Hallquist resigned Tuesday as head of Vermont’s second-largest electric utility to launch a campaign for the 2018 Democratic gubernatorial nomination.

And while she’s not shying away from the attention that comes with potentially being the country’s first transgender governor, it’s her unique experience in expanding Vermont’s utilities that she’s touting as she officially enters the race.

“I consider myself to be a utility manager who’s trying to demonstrate how the electrical grid can be used to solve climate change. And I happen to be transgendered,” Hallquist said in an interview yesterday.

Having headed Johnson-based Vermont Electric Cooperative for the past 12 years, Hallquist said she would work with the state’s power companies to bring fiber-optic internet service to every grid-connected home and business in the state.

“It’s happening in (electric) co-ops across the country. Eighty co-ops, some as low as five customers per mile (of line), are putting fiber to every home. So it’s happening. We just have to take that model and apply it here in Vermont,” Hallquist said.

“I’ll stand on my resume as far as getting things like this done. I know stringing wires; stringing fiber is exactly the same,” she added.

Hallquist said the initiative would do more to draw young people to Vermont than any of the initiatives being proposed by Gov. Phil Scott, who has made expanding the workforce one of his top priorities.

“We can go out and do all kinds of ad campaigns and programs, but if we don’t have the fiber, people are not going to come here,” she said.

Hallquist’s entry into the race drew immediate fire from the campaign of James Ehlers, a clean-water advocate and longtime head of the group Lake Champlain International who announced his candidacy last July. Ehlers’ campaign manager, Theo Fetter, pointed to previous comments from Hallquist that she voted for Scott in 2016.

“While James (Ehlers) was voting for and working to elect (Democrat) Sue Minter, Christine Hallquist was supporting Phil Scott because he was ‘nice’. We welcome Christine and all other former Phil Scott supporters to the Democratic Party and the (effort) to unseat an increasingly failing governor,” Fetter said.

Ehlers said later that he welcomed competition in the primary, because it would “bring more attention to the race.”

Hallquist’s resignation, delivered at a co-op board meeting on Tuesday, takes effect March 2. Vickie Brown, the co-op’s general counsel, will take over as interim CEO.

Hallquist, 61, said she believed voters would see her Democratic bona fides when they see her positions on a range of policy issues, including support for a $15 minimum wage, “common sense gun control” including universal background checks and a strong social safety net.

There’s also a third entrant in the Democratic primary race, middle school student Ethan Sonneborn, who responded to recent reports that Hallquist was likely to announce a candidacy by welcoming her to the race.

Hallquist, who was previously named David, was public about the transition from man to woman in 2015 and was featured in several media profiles.

“I’m very happy and honored with the support that Vermonters gave me though that transition,” she said Tuesday. Thanks for reporting an error with the story, "Hallquist officially begins bid to become US’ first transgender gov..."