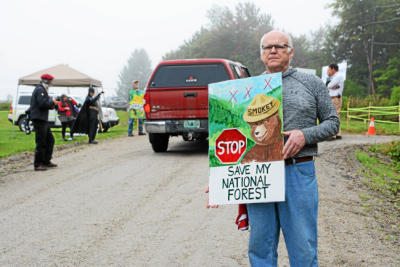 Dr. David Cherry, of Windham, holds a sign with about 30 other protesters in Readsboro last year to protest the groundbreaking ceremony for the Deerfield Wind project, a 15-turbine installation in Searsburg and Readsboro. File photo by Gillian Jones/The Berkshire Eagle

The draft plan – which is the subject of a series of public meetings that start Monday – touts the benefits of renewable energy and pushes for solar power expansion as one way to meet the state’s energy goals.

But the document takes a hard stance on big wind, which it defines as turbines with hub heights above 75 meters and at least a 2 megawatt power producing capacity.

“Beyond the utility-scale wind project currently under development in Readsboro and Searsburg, as a matter of policy, utility-scale wind is deemed incompatible with the land-use policies contained within the regional plan,” the document says.

“Instead, we would encourage the development of solar energy generation that is compatible with our regional plan land-use policies.”

The language is earning praise from some who have fought large wind projects. But others have doubts about taking such a stringent stance, and they’re hoping the policy is revised before the energy plan is formally adopted.

“The region is very diverse – it’s diverse topographically, and it’s diverse in terms of its opinions,” said John Whitman, a Windham Regional Commission member from Readsboro. “I do think that a one-size-fits-all policy is not a good thing for the region, even if it’s the majority view.”

The Brattleboro-based commission has been working for months to develop an energy plan in response to Act 174. That 2016 statute established “enhanced” planning standards that allow municipalities and regional commissions to have greater influence in the siting of energy-generation projects.

The state Public Utility Commission retains the final say on where energy projects should be located. But towns and regional commissions that adopt energy plans deemed compliant with Act 174 will get “substantial deference” in such debates – a step up from the current allowance of “due consideration” for local plans. 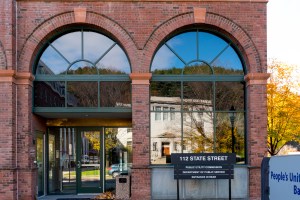 Final adoption of the Windham region’s energy plan is scheduled for March. There will be two public hearings early that month, and the commission is hosting a series of public meetings on the plan starting at 6:30 p.m. Monday at Townshend Town Hall.

Three other meetings, each scheduled for 6:30 p.m., are set for Wednesday at Dover Town Hall; Jan. 8 at Townshend Town Hall; and Jan. 10 at Jamaica Town Hall.

The draft energy plan covers 23 towns in Windham County as well as Readsboro, Searsburg and Winhall in Bennington County and Weston in Windsor County.

It also covers a lot of subject matter. The document examines energy issues in the context of transportation, heating and power generation, and it tackles current and future energy use while addressing diverse topics like settlement trends, commuting patterns and weatherization.

But the biggest issue might be where to build future energy-generation projects.

The document says most of the area suitable for wind development is located within two land types defined in the 2014 regional plan – productive rural lands and resource lands.

“Given the nature of utility-scale wind development, which involves considerable blasting, road building and other permanent alterations of the landscape and surface hydrology, it is deemed to be incompatible with the two aforementioned land use designations,” the energy plan says.

The potential impact of large turbines appears to be the biggest factor driving that policy.

Turbines may require “placement elevations between 2,500-3,300 feet, locations in Vermont that tend to be sensitive with thin soils and steep slopes,” the document says. “The windiest areas in the region are most often on the higher-elevation ridgelines that are sensitive habitats for plants and wildlife and are the source of the region’s most pristine headwaters.”

Public opposition is another factor. The plan says big solar projects have attracted some concern in the Windham region, but “utility scale ridgetop wind energy has been the focus of the most vigorous debate and division.”

The document gives a nod to “general official town support” for a 15-turbine, 30-megawatt project under construction in Readsboro and Searsburg. But planners also note the “divisive” wind saga in the towns of Windham and Grafton, where voters ultimately rejected a 24-turbine project in November 2016.

The plan allows for the possibility of smaller wind developments that are “community-serving” or “residential-scale.” But planners say they’ve heard no rallying cry for large wind projects in the region.

Some are taking exception to the plan’s language.

Whitman said he understands the need to protect fragile high-elevation land. But he said it doesn’t make sense to categorically exclude most of the land in Readsboro, Searsburg and Somerset from future wind development.

“The siting of an individual project should be looked at individually, and I believe that the towns should have some say,” he said.

Brattleboro resident Tad Montgomery, who serves on the regional commission’s energy committee, is an outspoken opponent of the proposed wind-siting policy. He argues that it is “arbitrary and capricious” in excluding a renewable energy source that could play a big role in meeting state and regional energy goals.

“If we’re going to transition off of (fossil fuels) and move towards electrifying our transportation system … we need to make use of all the opportunities,” Montgomery said.

He’s also concerned that a statewide anti-wind movement may be driving the Windham region’s plan. Even the term “utility scale,” he argues, is “a deliberate attempt to create bias.”

“There is a very vocal, very energetic and highly organized group of people who have the concerted intention of stopping wind power in Vermont,” Montgomery said. “And they have taken over the Windham Regional Commission’s energy committee.” 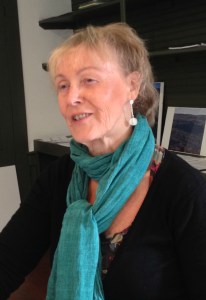 Liisa Kissel takes exception to that. A Windham Regional Commission member from Grafton, Kissel also serves on its energy committee and argues that “it’s incorrect to say that this was somehow guided by some invisible hand.”

The plan was developed by regional commission officials and town representatives, but the process also included input from municipal officials, energy professionals and other members of the public.

“This is a homegrown product – the result of talking and listening to a lot of area residents,” Kissel said.

Kissel, who was a leader in Grafton’s fight against the 24-turbine wind project last year, acknowledged that that battle influenced the energy plan. But she also said the plan “makes total sense” given the region’s already substantial renewable energy production and its available resources for solar power development.

Frank Seawright, a prominent wind opponent and Windham Selectboard member, also is a proponent of expanding solar power. And he argues that energy conservation is a much bigger issue than promoting any type of generation.

“I do agree that wind power here in Vermont is really hard to fit in,” Seawright said. “It is just too destructive in too many ways, and the fighting about it just postpones actually doing anything.”

“We focused a lot of discussion on this one policy … but I’d like to really point out that we are encouraging renewable energy generation throughout the region,” Major said.

Greg Brown, a Dummerston resident who recently took over as chairman of the regional commission’s energy committee, said the proposed wind siting language is a “place to start” that may or may not turn out to be the best policy position for the region.

“I’m really looking forward to the discussion and debate around this issue,” Brown said. “It’s going to be a tough one.”

Thanks for reporting an error with the story, "Big turbines ‘incompatible’ with Windham region, plan say..."

Gov. Scott remembers Travis Roy as ‘one of my heroes’