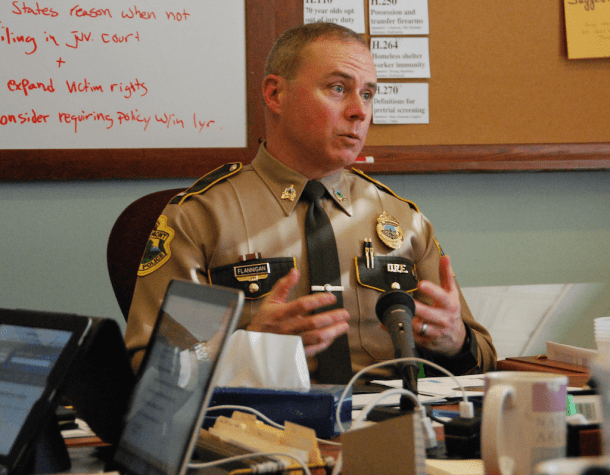 [V]ermont State Police say the driver at the wheel of a crash this summer in Bridport that resulted in his death and killed three of his passengers had a high-level of THC, the active ingredient in marijuana, in his system.

Toxicology test results showed that the driver, Steven Holmes, 21, of Chatsworth, Georgia, had a “high concentration of Delta-9 THC” in his system, according to a press release issued last week by state police.

“Delta-9 THC (Tetrahydrocannabinol) is the psychoactive compound that is found in Marijuana, that produces impairment,” the release from police issued earlier this month stated. “Due to the elevated levels of Delta-9 THC found in (Holmes’) toxicology results, marijuana impairment may have also been a contributory factor in the cause of this collision.”

Based on witness statements and other information, speed and fatigue may also have been contributing factors in the crash where Holmes crossed the centerline of Route 22A in Bridport and slammed head-on into an oncoming pickup, according to police.

“The primary cause is going to be the lane departure, the other ones would be contributing circumstances or contributing factors,” state police Lt. John Flannigan said Tuesday.

Police say Holmes was driving a 2001 Volkswagen Beetle around 12:40 p.m. on Aug. 7 north on Route 22A in Bridport when his vehicle crossed the centerline and crashed into a 2000 Ford pickup heading south.

Holmes was killed in the crash, as were three passengers in his vehicle. The passengers were Amber Brewer, 19, of Dalton, Georgia, Justin Hendrix, 38, of Bryceville, Florida, and Jennifer Valdez, 34, of Westerville, Ohio.

Holmes and passengers in his vehicle were traveling to work at Addison County Fair & Field Days.

Neither Holmes nor any of the three passengers in the vehicle were wearing seat belts at the time of the crash, police said.

The driver of the pickup and a passenger and in that vehicle, who were both wearing seat belts, were taken to University of Vermont Medical Center following the crash for treatment for what police described as non-life-threatening injuries, according to the release.

Toxicology test results showed that Holmes had a THC level of more than 50 nanograms per milliliter, according to a state Department of Motor Vehicles report on the crash.

According to that report, Vermont does not currently have a legal level of measured THC. However, there is such a level in Colorado, where recreational marijuana is legal. The legal THC limit for impairment in that state is 5 or more ng/ML.

“Using this measurement, the state of Colorado would consider (Holmes) 10 times the legal limit,” according to the report filed with the state DMV.

The report added that based on that information, state police Lt. Flannigan determined, “we can objectively consider this an impaired driving crash.”

Vermont Gov. Phil Scott earlier this year vetoed a bill that would have legalized marijuana. The governor has also created a commission to study marijuana legalization and its possible impacts, including on highway safety.

Data is being collected around Vermont and across the country regarding driver impairment in crashes, particularly those that result in fatalities where drivers are tested, Flannigan said Tuesday.

Thanks for reporting an error with the story, "State police: Driver in crash that killed 4 had THC in system"