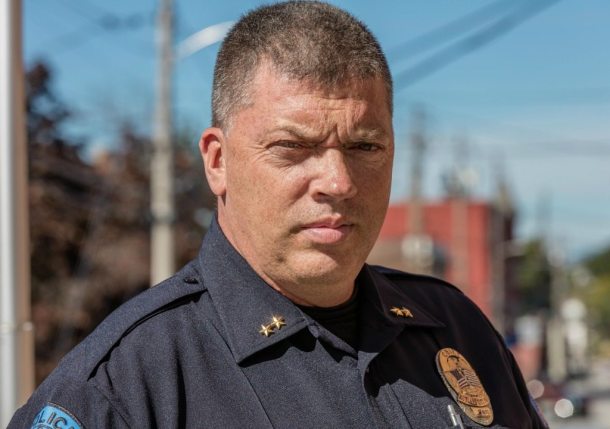 RUTLAND — Rutland Police Chief Brian Kilcullen says the latest phase of the department’s data-driven policing initiative is helping to get officers to where the “chaos” is happening.

And hopefully, he added, with the advances begun last month the officers will be there before any chaos even starts.

The department, through the Data-Driven Approach to Crime and Traffic Safety, or DDACTS, model, is tracking the locations of calls and crashes to help reduce crime and traffic accidents.

That has allowed the department to identify three zones, or sections of Rutland, that are generating the most calls and having the most crashes, Kilcullen said.

The department has been training on and using data-driven policing for the past couple of years, but it’s now digging deeper into the data in determining where to deploy resources, according to the police chief.

“We were looking at crime trends, pretty much, but this really pinpoints where we really need to be and when,” Kilcullen said at a Wednesday night community meeting in the city’s northwest neighborhood.

“This takes everything together, and we look at where the chaos is and when it’s happening,” the chief said. “That’s where we’re putting our resources.”

The city’s northwest neighborhood had been identified in the past as a “hot spot” for police calls.

With the DDACTS data, the city has been able to zero in and identify three smaller zones with the highest activity: the lower part of the northwest neighborhood, the upper section of the southwest neighborhood, and a corridor running along West Street and Woodstock Avenue, the police chief said.

Within those zones, the data are further broken down to show when the crimes and crashes are taking place, he said.

The latest phase of the data-driven policing initiative kicked off last month, according to Kilcullen.

“This is our first quarter,” the chief said. “At the end of the quarter we’ll be looking at what’s happening in those DDACTS areas versus the rest of the city.”

The city is also tracking “threepeats,” or the locations officers are called to at least three times over a two-week period for any reason, which could range from a theft report to a noise complaint. 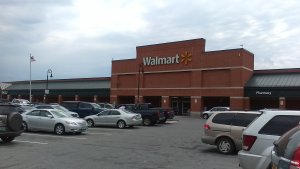 The top such location in the city is Walmart, referred to at Wednesday’s meeting as a “repeat threepeat” for how often it has been on that list. The store is in the downtown Rutland Shopping Plaza.

Also high on the “threepeat” list is the Price Chopper grocery store, on the opposite end of the plaza from Walmart.

Police Sgt. Joseph Bartlett said at the meeting Wednesday night that officers patrol the plaza at the times when calls have historically come in based on the data. Sometimes the officer sits in a parked cruiser with the blue lights flashing to increase the visibility.

“By being there we’re trying to get the calls down,” Bartlett said.

Kilcullen said that although the police presence there serves as a deterrence to many crimes, not everyone is deterred.

“We were out front a number of times and still stuff is happening inside,” he said. “One guy walked out with a TV and we were right there.”

Also at the meeting Wednesday, police officials spoke of Project Vision, a coalition of community groups and government agencies that banded together to provide a comprehensive solution to problems caused by opiate abuse in the city.

Project Vision started in Rutland in 2012. Its membership now tops 300 people from more than 100 agencies and groups.

The initiative has attracted statewide and national attention, with officials traveling to communities across the country to help others seeking to replicate the city’s work.

State Sen. Brian Collamore, R-Rutland, attended the meeting Wednesday evening and thanked the Police Department for its approach and the information it was collecting.

“I’m really impressed that a lot of this is evidence-based and backed by data,” he said. “It certainly makes our job in the Legislature easier to judge what’s happening on the ground.”

Rutland Police Cmdr. David Lachance said not many law enforcement agencies are as willing to gather all the statistics that the city Police Department does.

Thanks for reporting an error with the story, "Rutland police chief: ‘We look at where the chaos is’"