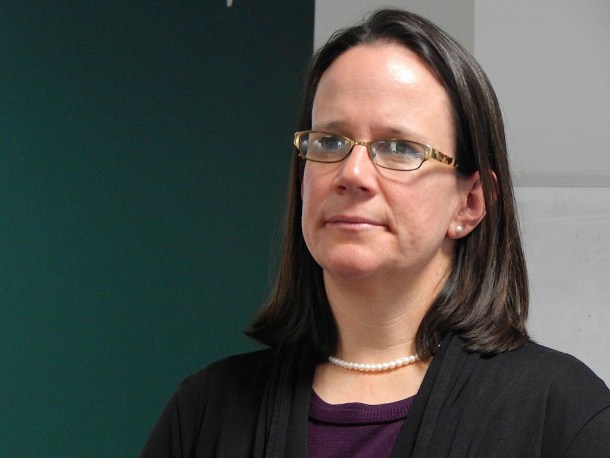 Julie Moore, the secretary of the Agency of Natural Resources, wants to significantly reduce the amount the state originally planned to spend on cleanup efforts over the next several years.

That’s because Moore says the agencies responsible for mitigating phosphorus pollution do not have a plan for the money.

State Treasurer Beth Pearce has said it will cost about $50 million annually to satisfy federal requirements for phosphorus reduction. The state must spend about $25 million a year, Pearce estimated in January.

Moore wants to reduce state spending on cleanup by about half, or roughly $13 million a year.

Environmental groups are critical of Moore’s approach. Meanwhile, business and municipal leaders are calling for the establishment of a clean water authority to expedite abatement programs.

The EPA has mandated that the state significantly limit phosphorus runoff. In 2016 the federal regulator imposed limits on how much phosphorus Vermont can release into the lake because the pollution level is causing toxic cyanobacteria blooms in the lake every summer.

Phosphorus from fertilized soil, roads and wastewater systems has leached into Lake Champlain over many decades. The nutrient feeds toxic blue green algae blooms that are a threat to public health and have led to the closing of beaches, lowered property values and last year threatened the Burlington water supply. Blue green algae exposure has been linked to neurodegenerative diseases.

While wastewater and urban development contribute to phosphorus to the lake, Vermont farmers are the largest source of the pollutant. Studies show that agricultural practices in Vermont contribute more phosphorus to Lake Champlain than all of the communities combined on the New York state side of the lake.

Moore says short-term cuts to cleanup efforts may result in the overall cost being higher.

“The costs haven’t disappeared, but in some ways they’re being pushed out a bit,” Moore said. “We’re confident that we can meet our obligations under the [federal mandate] with fewer dollars in the near term.”

Moore isn’t new to the phosphorus cleanup issue. She ran the “Clean and Clear” program under former Republican Gov. Jim Douglas from 2007 to 2011, which environmentalists have said failed to make meaningful progress.

She says the idea of holding off on addressing Lake Champlain’s decades-long phosphorus pollution didn’t come from her new boss, Gov. Phil Scott, also a Republican, who has assiduously sought to avoid raising new revenue to address the problem.

The problem is one of timing, Moore said. It will take several years of planning for polluters to figure out how to come into compliance with the federal phosphorus limits. It will also take time for the state to determine how best to pay for mitigation efforts.

“We acknowledge that costs go up over time, but at the same time it doesn’t do any of us any good to be making unwise and inefficient investments,” Moore said.

The secretary's decision to delay spending on mitigation efforts alarmed some environmental advocates who say state agencies have been studying for years how to treat Lake Champlain’s phosphorus problem.

“It is really shocking that the administration’s position would be that we can now hold off on spending money,” said Jon Groveman, policy and water program director at Vermont Natural Resources Council. “That’s the reverse of what they’ve been talking about for years -- that we need adequate funding, and [that we] need it right away.”

While Moore says there hasn't been enough planning, Rebecca Ellis, the deputy commissioner of the Vermont Department of Environmental Conservation, says the department has developed a database of shovel-ready projects that the state could begin spending money on immediately.

Meanwhile, a working group, made up of Scott administration officials, business leaders and others, is seeking to find a long-term funding source for phosphorus abatement. Several years ago, lawmakers placed a surcharge on the property transfer tax that raises about $5 million per year, but have not settled on a long-term funding mechanism.

On Friday, however, a member of the working group, St. Albans City Manager Dominic Cloud, suggested an alternate approach.

A state clean water authority could be put in place, Cloud said, that would raise and administer the money needed to reduce Lake Champlain’s phosphorus pollution.

Cloud said the authority would be politically independent. Because its sole focus would be on water quality, the effort would be less likely to get scuttled by a state agency that must choose between competing priorities.

The authority would be governed by a board of as many as nine appointees put in place by the governor, the Senate president pro tem, and the House speaker, according to written material Cloud supplied with his proposal.

The authority would be financed with a statewide parcel fee and would put existing pollution-control plans, called Tactical Basin Plans, into effect with some sense of urgency, Cloud said.

Thanks for reporting an error with the story, "ANR chief wants to slow Lake Champlain cleanup spending"