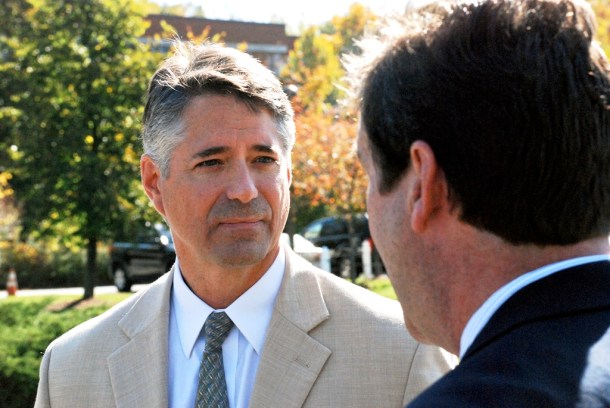 [A] Vermont advocacy group has joined 450 organizations in suing the Environmental Protection Agency over new rules on toxic chemicals that critics say were improperly written by a chemical industry lobbyist.

The rules are supposed to put in place an overhaul of the United States’ toxic chemical laws, called the Toxic Substances Control Act, which Congress rewrote large portions of last year.

The Vermont Public Interest Research Group announced Monday that they’re joining in the suit, which was filed last week in the U.S. Court of Appeals for the Ninth Circuit. In doing so, VPIRG joins a number of organizations across the nation already signed onto the suit, including the Learning Disabilities Association of America, United Steelworkers and the Union of Concerned Scientists.

Among other things, the TSCA now requires the EPA to begin evaluating chemicals for the risks they might pose to human health and the natural environment, and to write rules spelling out how that evaluation will move forward.

Eve Gartner, an attorney with Earthjustice, one of the plaintiffs, said that the EPA has improperly written rules that allow federal scientists to “cherry pick” what uses to consider in the agency’s risk evaluations.

According to an EPA summary of the rules, they would allow the agency to conduct risk evaluations for chemicals that take into consideration only certain pre-defined commercial uses of a chemical.

In other words, if businesses say that a certain chemical is used only for a single commercial process, the EPA may disregard in its risk assessments all the other ways people might come into contact with that chemical -- such as through pollution, or through misuse, or by accident.

That’s an illegal abrogation of duties assigned to the EPA by Congress, Gartner said.

The statute that directs EPA to write these rules tells the agency to consider, in its risk evaluations, all known, intended or reasonably foreseeable uses of a chemical, Gartner said.

The EPA’s rule doesn’t follow the law, and it gives corporations a way to circumvent a law meant to protect Americans from dangerous chemicals, the advocates said.

“It doesn’t follow the intent of the law,” said Johanna de Graffenreid, a VPIRG environmental advocate. “It allows them to cherry-pick the ways in which a chemical is reviewed.”

The law directs the EPA to write rules that put the details of TSCA’s new regulations into effect. This rule writing process began soon after the new TSCA law passed, during the Obama administration.

The draft rules that began during the Obama administration, and the final rules that emerged under Trump’s, don’t match up, Gartner said. That’s a problem because draft and final rules aren’t supposed to be two totally separate sets of rules, she said.

That’s one contention her organization will make in their lawsuit, Gartner said.

They’re also likely to challenge that Trump’s administration gave a prominent chemicals industry lobbyist the red pen for the rules’ rewrite, she said. There are laws in place that limit the degree to which a person can have conflicts of interest while writing federal rules, Gartner said.

The EPA submitted a final draft of the rules June 22, and Earthjustice, VPIRG and others filed suit on Friday.

Thanks for reporting an error with the story, "VPIRG sues EPA over toxic chemical rules"