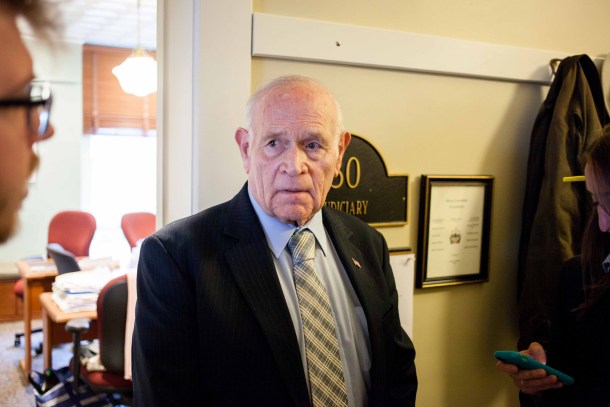 [M]arijuana legalization is poised to come before lawmakers again during a special legislative session beginning Wednesday, but it may not make it far.

Legislative leaders and the Scott administration reached a compromise on final sticking points Tuesday, according to Sen. Dick Sears, D-Bennington, who is Judiciary Committee chair. He expects to bring the latest version to his colleagues in the Senate when the Legislature reconvenes Wednesday.

Negotiations between House and Senate proponents of the bill and Gov. Phil Scott’s team began weeks ago after the governor vetoed S.22, a bill that would have legalized possession of limited amounts of marijuana.

Scott sent it back with input for how the bill could be changed on several points to win his support. Sears and House Judiciary Chair Maxine Grad, D-Moretown, have been working with the administration since then to reach agreement.

Sears said the last sticking points in discussions with Scott’s administration related to setting penalties for using marijuana in a car with someone under age 18, and for having marijuana at a day care center or after-school program.

In the final agreement, new misdemeanor crimes would be created for both those offenses, with penalties of fines but no jail time, according to Sears. He is somewhat reluctant to adopt those points, but said he agrees with the governor’s goal to reduce marijuana use around kids.

The negotiators also came to a deal on the makeup of a commission charged with exploring the creation of a regulated pot market, Sears said. The commission, which initially was to be made up primarily of legislators, will comprise six administration appointees, six legislative appointees, and a representative each for the defender general and the attorney general.

Sears plans to go through the bill with members of the Senate Judiciary Committee on Wednesday. He said he is optimistic the legislation would have support to pass the Senate during the veto session.

Whether the House will come on board is a looming question.

To move any bill through the Legislature in a short time period, the chambers need to agree to suspend parliamentary rules that have built-in wait times. In the House, where legalization passed by a slim margin initially, a rules suspension likely will not get the necessary three-quarters support without cooperation of the House Republican caucus. 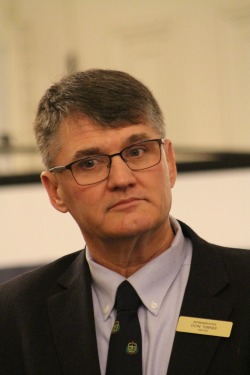 Sears said he asked members of Scott’s team Tuesday whether the governor would seek support for the bill from Republicans in the lower chamber.

“They were more or less saying, if there’s a will there’s a way,” Sears said. “I don’t know what that means.”

If Scott does not urge support to suspend the rules, Sears is uncertain of the bill’s future.

“Without him coming out and strongly urging the House Republicans to suspend the rules, I’m not sure it’ll get there,” Sears said.

Earlier in the day, Scott told reporters he would not be surprised if his administration reached a deal with lawmakers before the veto session, but he said he did not know what House Minority Leader Don Turner, R-Milton, would do about the issue.

“I’m going to let him do what he wants to do,” Scott said.

Scott said he would have discussions with Turner about the issue, but at the time there wasn’t a deal.

“I don’t have power over him,” Scott said. “I can’t tell him what to do. Obviously it’s his decision to make.”

Turner was in Montpelier on Tuesday afternoon meeting with House leadership on the teacher health care issue that led the governor to veto two other bills. He said he believed it would be possible to complete the work on the budget and education finance bills in just one day rather than the two allotted. Marijuana legalization did not fit into that vision.

He said the governor’s favorable opinion on a marijuana legalization measure would not change the level of support for the issue in the Republican caucus. The caucus will vote on whether to allow a rules suspension, he said. However, he said, the issue could wait until the Legislature convenes for the second half of the biennium in January.

“We have a whole other session to go through,” Turner said. “If caucus members vote to suspend the rules we will do it, but only three members in the caucus support it.”

He conceded the majority could try to push the issue through without a rules suspension.

“I don’t know that there is that much appetite for people to come back for three days,” Turner said.

(Correction: An earlier version of this story misstated the vote threshold necessary for suspending the parliamentary rules.)
/

Thanks for reporting an error with the story, "Pot compromise to come up in veto session, but prospects dim"

Vermont reports record 314 Covid cases, suggests IT problem could be to blame