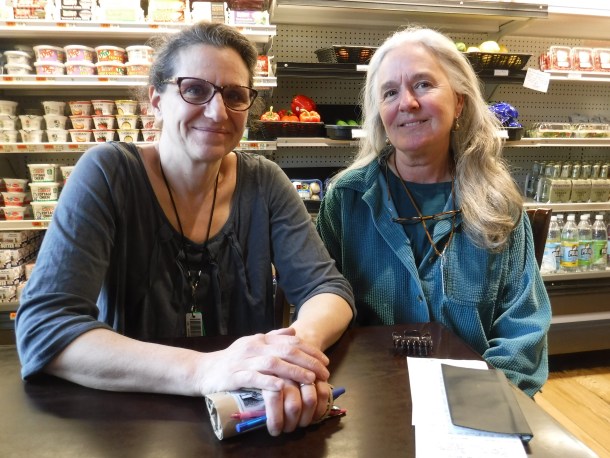 PUTNEY — When this town’s centuries-old general store went up in flames a decade ago, the local historical society decided the best way to preserve its memory wouldn’t be to archive old photos but instead to acquire the charred frame and bring it back to life.

Members didn’t anticipate they’d raise upwards of $1 million to do so.

Or see the restored structure burn down again just before its reopening.

Or reap enough insurance money to rebuild once more.

Or sign a lease with a storekeeper, only to have him die of cancer, leaving them without a tenant.

That’s why the Putney Historical Society is believed to be Vermont’s first such volunteer nonprofit organization set to not only own but also operate its downtown’s biggest business. 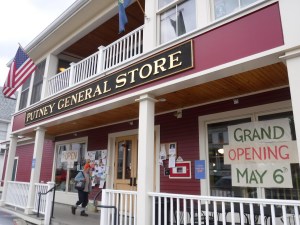 The Putney General Store is advertising a grand reopening Saturday at 10 a.m. Photo by Kevin O’Connor/VTDigger

“What does a general store mean to small-town America?” says Lyssa Papazian, a member of the society’s board of directors. “They may not make sense in the modern marketplace, but they’re essential to a community.”

Could the precedent-setting example, preservationists wonder, offer a plan to save similar landmarks?

A half-century ago, when the late, legendary governor and U.S. senator George Aiken lived here, Putney was the epitome of village life. Want to shop or socialize? You just walked to the center of town. But in the fast-forward age of the interstate and internet, a series of setbacks has given this 2,702-resident community pause.

The Putney General Store, opened on Main Street in 1796 and billed as the state’s “longest-running general merchandise store,” was gutted by an electrical fire one dark night in 2008. Some 18 different owners had run the business over two centuries. But after the blaze, no one wanted to tackle the costly cleanup or competition from supermarkets 10 miles south in Brattleboro.

“We were looking at the possibility of someone tearing it down and building a one-story convenience store,” recalls Papazian, an architectural historian and preservation consultant.

That’s when the society, ready for a new project after publishing a 160-page history for the town’s 250th anniversary, cooked up the seemingly pie-in-the-sky idea of buying and restoring the structure to lease to a mom-and-pop grocer. 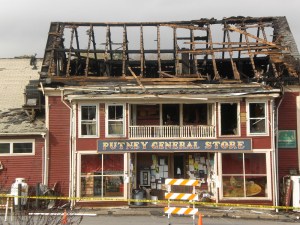 The Putney General Store lost its roof in a 2008 fire. Photo courtesy of Putney Historical Society

“Our intention is that the building, when renovated, will stay on the tax rolls and remain a key part of Putney’s village commercial center,” members wrote on their website.

Teaming with the Preservation Trust of Vermont, the society collected upwards of $1 million in public and private grants, loans, tax credits and gifts.

Feeling confident, members also decided to take over the two-century-old former United Church of Putney meetinghouse after its congregation, facing declining attendance and increasing expenses, disbanded in a move the pastor described as “death with dignity.”

That’s when a second fire — this one said to be arson — incinerated the nearly restored store in 2009. Devastated but undaunted, the society raised enough money to rebuild again and reopen the business in 2011. But a little more than a year later, the initial storekeeper became ill, turning over the lease to a successor who was diagnosed with cancer last August before dying in December.

The society, facing a mortgage and other bills, hoped publicizing its story would spark outside interest. Instead, a nationally distributed Associated Press article this winter delivered the headline, “Is there a curse on the Putney General Store?” 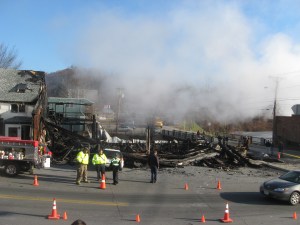 Little remained of the Putney General Store after a second fire in 2009. Photo by Kevin O’Connor/VTDigger

For the record, Papazian says no. To prove it, she has volunteered to run the place until the society can find a new operator.

“We want to be very careful about how we choose the next proprietor,” she says. “We need to make this a healthy, successful business so we have an asset to sell.”

Papazian and fellow society director and store co-manager Betsy MacIsaac have hired a half-dozen paid staffers who’ll welcome the public at a grand reopening Saturday at 10 a.m. and regular hours daily from 7 a.m. to 7 p.m.

“It’s pretty clear the community loves this place,” Papazian says. “It’s much more than a grocery store — it’s a gathering space. But you can’t have a business unless people actually support it.”

That’s why Paul Bruhn, executive director of the Preservation Trust of Vermont, shopped there during a recent preview visit.

Since nonprofits can apply for many grants unavailable to private businesses, his organization has helped communities such as Adamant, Barnard, Groton, Guilford and Shrewsbury save their stores. That said, he can’t name a similar Vermont group that not only owns but also operates one.

“The Putney Historical Society is very courageous and committed,” Bruhn says. “The work it’s doing is all about building and maintaining a vibrant village center and community. It’s a great example of how history is not just about the past, it’s also about the future.”

Thanks for reporting an error with the story, "Can a volunteer historical society run a Vermont general store?"