[A] House Education Committee has approved a bill that revamps the statewide property tax formula for education.

The formula is based on a per pupil calculation. School districts that spend above a threshold would pay a higher tax rate; those that spend below the target would pay less.

The change is retroactive for fiscal year 2018 and would apply to budgets voters approved on Town Meeting Day. The formula affects the homestead property rate and would be phased in over four years.

House Education Chair David Sharpe, D-Bristol, said the new system will be fairer to towns that don’t spend as much per pupil.

The legislation, H.509, passed out of committee in an 8-3 vote Friday. The bill will be taken up by the House Ways and Means Committee Wednesday.

Rep. Adam Greshin, I-Warren, a member of the House education panel, voted against H.509 because he says it shifts costs instead of reducing overall statewide spending. 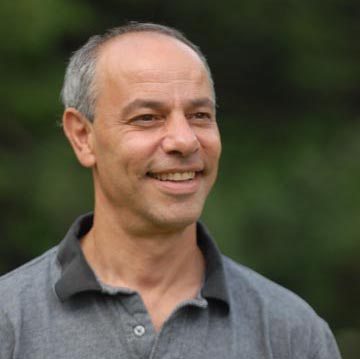 His district has already voted on school budgets. Under the legislation tax rates would go up retroactively. “If I’m going to stand in front of my town and tell them they have a tax hike, I want to have a damn good reason for it," Greshin said.

Towns have already been told what tax rate to anticipate, he said, and now, after budgets have passed, they are faced with a new way to calculate the tax rate that has an impact on local residents. “Rejiggering the formula is a big deal,” Greshin said.

Rep. Scott Beck said the goal of the bill is fairness and equity. He says the new formula "more directly links a district's education fund spending to education tax rates."

“The people on the low end spending $13,111 are paying $1.30 (instead of $1). They pay a premium, and the high spenders are getting a discount,” Beck said. “If you make the money more expensive, then districts will think harder about spending their money, or about staff ratios, or governance changes and mergers.”

The Agency of Education estimates that fiscal 2018 average spending per equalized pupil will be $15,380. There is a great deal of variability in per pupil spending rates by town. Some spend as little as $12,500; other spend as much as $18,000, according to analysis by Public Assets Institute. The state "equalizes" the per pupil number, or weights it for students who are affected by adverse factors such as poverty, English as a second language and learning disabilities. When those factors are not taken into account and you divide the total amount spent on K-12 public education divided by the total number of students, the statewide average per pupil expenditure rate is $19,000.

The statewide base rate is $1.00 per $100 of assessed property value. Towns can raise more than the base education spending amount. 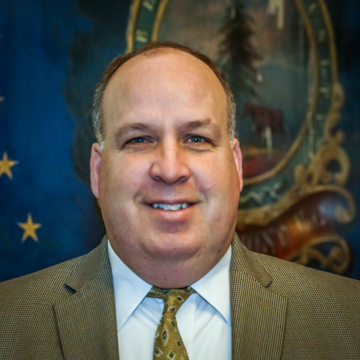 Beck proposed gradual implementation of the formula to give school districts time to slow down spending.

For this year, the rate would be calculated by subtracting $10,489 from the actual amount of per equalized pupil spending. The difference would be divided by the new statewide yield. The quotient would be added to the tax rate.

School districts that spend more than 80 percent of the per pupil rate would pay a higher rate.

The Joint Fiscal Office estimates that if the formula is put in place, about 110 school districts would pay more; about 120 would pay less.

The proposal eliminates excess spending thresholds and associated penalties that many considered too punitive. That means towns like Peacham and Cabot might do better, Beck said.

Lawmakers are also proposing a change to the income sensitivity program.

Taxpayers who are eligible to pay based on a percentage of their income have paid a separate tax rate up to now. Over time, the tax burden became skewed between people who qualify for income sensitivity and those who don't. Under the new legislation, the percentage tax rate applied to income gets multiplied by the property tax rate. In the past, the multiplier was fixed at 2 percent. Under H.509, it will fluctuate year to year. For fiscal 2018 the multiplier would be 1.7 percent.

There is also a provision that allows Act 46 study committees to deal with debt and assets in their reports and articles of agreement. A similar provision is in a Senate bill that makes revisions to Act 46, the school district consolidation law.

Not everyone on the committee was happy about the timing.

On Dec. 1, 2016, the tax commissioner said the property tax yield would be $10,076. That figure was used to calculate tax rates for local school districts that approved budgets at town meeting.

If lawmakers pass H.509, Greshin said, “everything in town reports will be chucked out.”

“Instead, it penalizes high-spending districts by increasing their tax rates, without analyzing why their spending is high,” she said.

In 2015, the House created the new yield system and spending caps, and then spent the first part of the 2016 session revoking the caps. This year, the House is tinkering with the formula again. In Greshin's view, the Legislature needs to completely overhaul the way the state funds public education, but lawmakers are stuck in a box created by Act 68 and the Brigham decision.

“We are in a very confined space that we have chosen to put ourselves in,” Greshin said. “There is no way around it (Act 68 and Brigham), you can rejigger and wiggle a bit, but the general constraints still apply and towns can still raise what they want and the state still has to raise the money. At some point, we have to reject that box and the state has to step out of the shadows and determine what is an appropriate amount to spend per student that we are willing to fund.”

Thanks for reporting an error with the story, "New property tax formula would shield lower-spending districts"