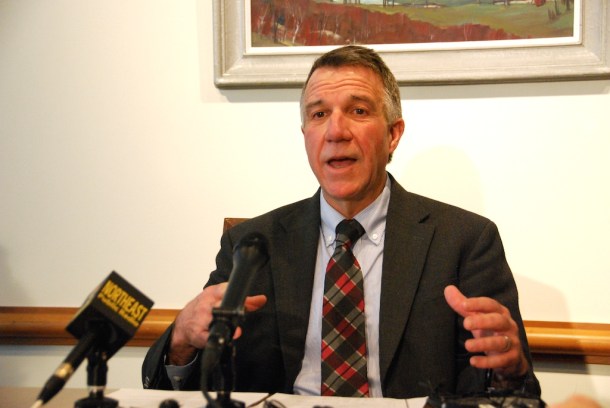 [T]wo committees in the Vermont Senate have decided unanimously and across party lines to endorse Gov. Phil Scott’s proposal to create an Agency of Digital Services.

The Senate Institutions and Government Operations committees both voted unanimously Friday to endorse the idea.

Scott’s recommendation for the agency was one of three executive orders he signed Jan. 15. The full Senate has already rejected one of those orders, which would have put labor standards oversight and business promotion under the same agency.

The other two orders — to merge the Department of Liquor Control with the Vermont Lottery Commission and to create an Agency of Digital Services — will become law within 90 days of being issued unless either the House or Senate votes against them.

The proposed Agency of Digital Services would be a standalone entity whose secretary answers to the governor. It would replace the existing Department of Information and Innovation, which is within the Agency of Administration.

The staff at the Agency of Digital Services would include the current staff at the Department of Information and Innovation and the information technology managers working in other agencies.

Scott would need to appoint the secretary of the new agency, according to John Quinn, Scott’s chief innovation officer. The current commissioner of the Department of Information and Innovation is serving on an interim basis, Quinn said.

“We think it’s the right thing to do,” Quinn said. “And we’re here to provide better outcomes to Vermonters, and this is a good step in the governor’s strategic plan for modernizing and making government more efficient.”

Sen. Peg Flory, R-Rutland, the chair of Senate Institutions, said oversight of information technology has been delegated to her committee for the past three years because there was no committee already responsible for IT.

At the time, then-Gov. Peter Shumlin’s administration was navigating through woes with Vermont Health Connect and planning to set up integrated eligibility, a one-stop system to determine people’s eligibility for benefits programs. It was to be part of a now-abandoned five-year plan to build $866 million worth of health IT programs.

Flory said her committee ended up reviewing the projects because the administration sought bonded money — which her committee oversees — to pay for the projects. When the committee took testimony on information tech oversight, she said, management of IT projects appeared disjointed, with no central way to manage them.

“What you’d end up having is eight different agencies or departments ordering their own (software systems), rather than ordering one (system) with eight different users,” Flory said. “So it ends up costing a lot more, taking a whole lot more time.”

Flory said Scott’s proposal makes more sense. “It’s more efficient, and I think it’ll use more of a business management style to it than a disjointed entity, which is what it had been,” she said.

Thanks for reporting an error with the story, "Two Senate committees endorse new tech agency"